The Lies of Capitalism - The Galactic Free Press 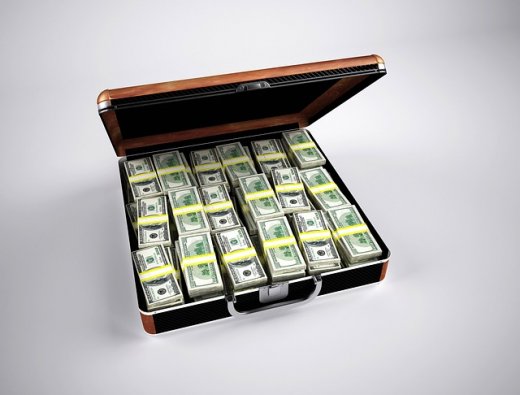 Capitalism is something that you might think is totally separate from spirituality, and while that would be nice, it doesn't seem to be the case at all. Capitalist belief systems have become so embedded in people's psyches that it bleeds into all the other aspects of their lives. There's people who even delay and retard their own spiritual growth because of financial concerns. This is not something to ignore.

There's a lot of spiritual messages that say money is just an exchange of energy, let's look at that more deeply. Is this an equal exchange? Who gets more of the money, the people or the elite? Seeing money as an exchange of energy is an accurate way of looking at it, but it doesn't paint a very pretty picture. It certainly doesn't make money seem innocent or harmless. It means that money is one of the major tools the elite use to drain energy from the people. It's used to create a system of economic slavery and exploitation.

It's not money that's evil though, I don't recommend thinking in such dualistic terms. It's the way the money is used to allow a whole class of ridiculously rich parasites to exist that makes me wonder how useful money is. Probably the biggest lie of capitalism is that unchecked greed would somehow create a fair system on it's own. What a ridiculous myth that is. Even religion warns us about greed, so how incredibly ignorant is it to base our whole society upon a system of greed? You have a whole system that was rigged from the very beginning, yet the people who the system abuses the most are often the ones aggressively defending it.

We sometimes have people tell us how dishonest we are for asking for donations, and if we were really doing things "correctly" the money would come on its own. There's this belief that God rewards the "good" people with money, yet that's absurd, the reality is something else entirely. It seems to be a persistant myth though, and one that I heard first from the Christians. God is not some separate entity that punishes the bad and rewards the good. We've been taught that's how it works, but it should be quite obvious that's not really the case. Just look at the richest people on your Planet, they sure didn't get so rich doing God's work. More often than not, the kindest people are some of the poorest, while the greedy and selfish and the richest.

Do we need money? Absolutely not, but you've been conditioned to believe otherwise. Such narrow thinking people engage in, and believe that's the way things "have to be". You could create a fair system with money, you could create a fair system without money, either would just take some creativity, some "thinking outside the box". I'm not concerned with creating a new system though, the reliance upon external systems is the problem, not the solution. Fair and peaceful people create a fair and peaceful system, not the other way around. This is why these messages are focused upon finding God Within and breaking down illusions. Your salvation does not lie in some new economic or political system.


**The following is boring stuff, but I'm going to talk about common scams because there's many dishonest people who prey upon the spiritual community.**

There's various "get-rich-quick" schemes, and ones promising to absolve all your debts, that masquarade as being spiritually-based. I've seen ones that talk about maritime courts, UCC filings, and currency re-valuations among many other things. There's people that zealously believe these things are legit, and I wouldn't be surprised if I anger a few people talking about this. I have friends who have tried a few of these schemes though, so I can comment on their experiences. The one who tried to absolve his debts using UCC filings went to jail for a little bit over it. My friend who thought she would get rich through some confusing maritime court loophole is still waiting on her ship to come in. Every month the group that's supposed to be handling things promises it's coming very very soon, and they just need a little more money from her. This has been going on for 5 years now at least.

Then there's my friend who invested in dinar believing she would suddenly get 10-100 times her investment through a currency re-valuation. Currency re-valuation does happen sometimes, but the belief that it's going to make you rich is a complete misunderstanding of how it works. It's a scam, but one that seems extremely common among the spiritual community. I even heard gullible channelers who recommend people buy up the dong and the dinar. I can't help but laugh at the thought that a 5D Being is offering people investment advice!

When I heard about the currency re-valuations, I actually decided to do the research myself into how that all works. When a currency is re-valuated, it's not suddenly worth 10 times as much in relation to other currencies, the exchange rates are re-valuated too. This means that essentially, you have the same amount of money as you did before. If a currency re-valuation really did mean people made huge amounts of money, the banks and the traders would be gobbling up all those foreign currencies, not trying to get poorer people to buy them.

Roberto Durante commented on the blog post 'NEW BANKING SCANDAL HITS'
"they are not banker, they all are bankster"
7 hours ago