For some time now I have been talking to members of the Galactic Federation. I speak with them nightly and am often a guest on one of the ships, assisting in or receiving training.

A couple of weeks ago, at the end of a session, I found myself standing among a group of people. We were standing on a hill with a large bridge in the distance (the Golden Gate?). There were about a dozen or so people, we were all dressed in dark robes with hoods. A man's voice was speaking, saying how we had been invited to ascend to a higher realm.

At an urging from the voice, as one group we all rose into the air and then paused.

Then, after the voice spoke for some time more, nearly all the group rose again, this time raising up and out of sight.

I, and a couple of others, had begun to rise with the others, but had paused. I could feel myself being pulled into a wonderful place, a place of peace and beauty, a place that felt like home.

But just as I began to rise further into the air, I remembered my wife, and how I had promised to be with her always, and she was not there with me.

And so, I paused in my rise to ascension. And when the man who had been speaking rushed to me and asked why I would turn down ascension, I replied it was because I could not leave my wife, my friend. I told him that I would stay here until she could rise and ascend with me.

He understood, and I was allowed to return to my bed, next to that wonderful person who has lived with me for so many years. 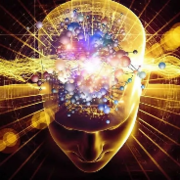 "Steel cannot be manufactured without coal and even though we have a mixed-bag government, in the UK, some globalist zero-carbon, others, more thoughtfully patriotic, it seems the common sense wing has won the argument, as a new coal mine in Cumbria,…"
More…
Loading ...