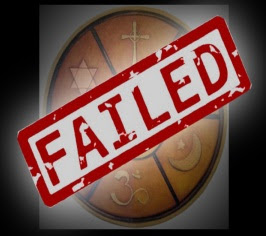 Ever since the moment of apparent separation from your divine Father you have been seeking your way Home. When God created you, for His joy and yours, He gave you the power and the freedom to accept or deny Him. There are no other options – but when you choose one of them, the other becomes unavailable until you reverse your choice.

Initially, you accepted God, creating with Him in peace and harmony, abundantly. Then you wondered momentarily what the opposite of that would be like… Instantly, and momentarily, the illusion happened. It was in complete opposition to God’s divine and loving Reality, and was but a momentary aberration, an isolated instance of complete insignificance – when you toyed with the idea of a reality that was separate from God. Such a concept was impossible, but the power of your thought instantly built that imaginary non-reality.

Because you imagined it, it occurred, very briefly. But what you had imagined captivated you, just because it was separated from your Father’s divine Reality – and you immediately chose to enter that ephemeral dream to play and to hide from your Father, and prove to yourself that you had no need of Him. The idea of living in a state of independence, separated from Him, was very alluring, but as soon as you imagined it and built it you were shocked by what it meant – no contact with your Father, until you dismissed the idea from your mind. Nevertheless, it was intriguing, and you held on to it to see where it would lead you, and before you knew where you were you became lost in your non-existent imaginary reality.

It was fascinating and enticing, filled with ideas of a strange, disturbing and yet alluring nature – misery, pain, suffering, and death … what were they? … what would it be like to experience them? And so you chose to delve deeper into this strange and unreal environment and tried to make it real. The power that your Father gave you when He created you enabled you to build an illusion that seemed extremely real to you, and the farther into it you wandered the more real it seemed. And to intensify that sense of reality you added further imaginary aspects to it.

The more you thought about it the more real it became, until it seemed that you were lost and unable to find your way Home. Then, fear occurred for the first time. Where was your Father and the ecstasy that His Presence provided? In panic you split yourself into billions of sentient beings in the hope that one of them would be able to find the way Home. But each one of them wanted to be the one, and so they focused on confusing and distracting each other in order to become the winner, the one that would lead you Home. These apparently separate and independent entities only succeeded in confusing and terrifying themselves and each other by their diversionary and distracting behavior … and they forgot what they were seeking – the way Home!

All of this occurred in the blink of an eye, but you had added time to the illusion in order to allow the billions of aspects of yourself to cooperate and lead you Home. Having time to spare, these aspects of you became increasingly competitive and uncooperative, and you ended up with families, tribes, nations, cultures, and religions, fighting each other to prove that they alone could lead you Home.

Now, after eons of disagreement, conflict, and war, you have at last realized that your illusory state of separation does not work and will not lead you Home. It has taken you seemingly eons to develop the wisdom to perceive this, although in truth it occurred almost instantaneously as your Father immediately provided you with the means and the ability to find your way Home – the inextinguishable Flame burning within each of the billions of aspects of yourself.
Initially you ignored the Light of that divine Flame, allowing all kinds of debris to pile up on it and hide it from you. But eventually, as was inevitable, because your Father would not allow you to get completely lost and forfeit the joy of existence in Reality, you began to remove the debris to reveal the Flame. Enough of you have done this to demonstrate to your sisters and brothers that you are all one, all part of this inextinguishable Flame that burns within each of you, proving that you cannot be lost, and that you can and will allow your Father’s loving guidance to lead you out of the illusion and Home to eternal joy with Him.

You are now well-established on your homeward journey, and nothing can prevent you from reaching your holy destination. Awaken, therefore, into the realization that you are all the beloved children of God, forever safe and secure in His loving embrace, where to experience anything other than eternal peace and happiness is impossible. You are safe, you are saved, and you are secure in the loving arms of your Father for all eternity. And your awareness and experience of this divine state will blow away the mists of misery and suffering that have been enshrouding you for so long.