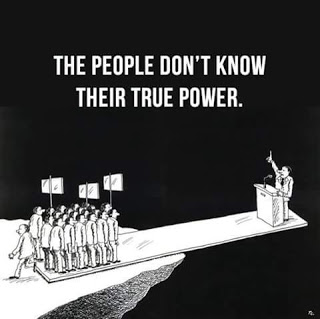 A word of caution to those who remain asleep in waking life, the words laid out in the pages to come may be uncomfortable to accept however they are risks which face us all and call for careful consideration in order to effectively elevate the problem once and for all. I have chosen to outline the sensitive issues mankind currently face, not in an attempt to attack or lay blame even if it may seem so now, my sole intention is to convey a message of urgency and hopefully trigger a call for action at a time humanity needs it most.

I wish to make it clear that these are my own personal concerns, observations and experiences alone, of which I have only researched in my private capacity. I do not have any formal education or authority on this subject matter. I am on a path of which my Soul has chosen and I would not be able to continue my purpose if I allowed myself to doubt the things I feel so strongly about or to be intimidated by the reactions which may follow.

Just as with everything in life, we must trust our own inner judgement to determine what impact any scenario may have on our individual lives. So, should you find yourself in objection to what is being said then perhaps it would be best to stop reading and continue only if/when life may call for you to shift your awareness so that the true depths may ring a bell. I have learnt that if people are not ready to experience something openly and honestly the attempt to teach or pass on knowledge will only fall on deaf ears and time spent would have been wasted for both the student and the teacher accordingly.

May you read these words with an open heart and allow the dots to connect themselves in a way which you understand best. This is OUR sacred time, OUR precious gift of life and I wish nothing but the best for every being which knows it to be home. I extend my compassion to all those tortured by their own minds, I know all too well what an inescapable hell it seems at times. Today as I sit here writing and every other day until my last breath do I pray for us all so that we may find the strength to break the chains placed upon us and freely experience our individual journeys as we let our Mother Earth lead us through her magnificent manifestations of nature bursting with all its splendor, collecting all those treasured moments of joy and discovery along the way.  I consciously send love and light in each direction as I envision a planet free of all its past suffering and burdens – for a future of paradise on earth, as it has always been intended for his children.

‘The poorest being that crawls on earth, contending to save itself from injustice and oppression, is an object respectable in the eyes of God and man.’ – Edmund Burk

I have spent my entire life being haunted by immense confusion, since as far back as memory allows. Observing how humanity has fully accepted and willingly participated in the transformation to conform to one specific single reality, governed by unwarranted restrictions, regulations, completely illogical reasoning behind most of its orders and inexcusable and inhumane acts of cruelty and violence against the human race and against all of Mother Nature’s creations. Society has and continues to transfer their responsibility of power to men who are equal to them in every way which matters, ignorantly allowing these empowered organisations to steal, rule and condemn the sacred birth rights bestowed by the almighty creator, being; freedom to speak, act and experience life from our own untainted perceptions in order to fulfill our destinies as the Soul encounters its true purpose.

Individuality, justice, safety and joy have been replaced by a nauseating fear of losing the very possessions created to enslave us and are drowned with false promise of fulfillment and security which always seems just around the corner but is never actually achieved for any sustainable period.

Instead everyone has allowed themselves to forfeit the only treasure of any value and substance, that of true peace and enlightenment. Thus causing a complete stand still in growth for all incarnated Souls, unable to progress and evolve from the third dimension of physical manifestation and return to true source power.The most alarming fact is that this perverse confusion of power has created the means to strip away Gods ultimate gift and purpose of life that of free will.

These are human traits I came to understand at an incredibly young age and the ignorance, immaturity and complete disinterest in reclaiming what is ours has grown to terrifying intensities over the last two decades. On a daily basis I observe how proud people have become about the bitterness they hold, as if their unhappiness, negative opinions and complaints have suddenly become societies new fashion trend. It is now actually impossible to exist in a modern environment without exposing yourself to the self-proclaimed injustices and travesties that everyone is enduring, whole heartedly believing in their own appraisals of worthiness or significance based on facts as insignificant as looks, wealth, popularity, fame and then enforcing that as a measure to which they should be treated or the ridiculous confidence people speak with when passing judgment to those they believe to be inferior simply because the way in which they differ goes against that unquestioned specific single reality humanity has blindly conformed to.

So, it’s entirely acceptable for fashion magazines to enforce what makes a woman beautiful but it is completely irrelevant and inconsequential that the oldest written literature known to mankind stipulates that man, ‘’shall not bear false witness against thy neighbor.’’  As its 9th commandment of the mere 10 given and yes determining and openly voicing your opinion of someone’s worth based on false ideologies of acceptable standards is an act of false witness against another no matter what you have convinced yourself to believe.

What I find most astounding is the cynical attitude everyone I speak to or come across has, as if they have merely given up on the possibility that things could ever change. Now, please understand I am in no way excluding myself from any of this, I may be even more accountable than the average person because of the truths I see and yet still I stumble and fall at the feet of conformity with insatiable eagerness to succeed and establish my worth in the eyes of the world. However I am able to have a moderately restful night’s sleep because I know that every day I strive to do the right thing, that in almost every situation I search for the kindest response, that I scold myself for every negative or judgmental thought I may think and say, constantly I remind myself that everyone is experiencing their own forms of pain and confusion whether it is conscious or only the lingering feeling of unexplained sadness, men and woman alike fighting against the tide to fill the shoes of the person everyone expects them to be.

Humanity is currently in what I fear to be a deep and dark depression, too tired from daily routines and absence of joy, drained by the subtle feelings of powerlessness and enslavement. At the end of a day able only to muster enough energy for the mundane tasks required by our routines and ‘’rewarding’’ ourselves with enough time to be distracted by some form of escapism in an attempt to muffle the echoes of emptiness ringing inside. Our minds run wild with solutions we know we’ll never be brave enough to implement so we don’t even try and so deferred by what we accept to be our only possible reality. Other times convincing ourselves that tomorrow, next week, new year’s eve would be a more suitable time for such drastic changes, allowing instant defeat as the mind now has time to conjure as many believable excuses it needs to reassure you that not fixing the problem will be ok, you’ve lived with it for this long why not a bit longer?

Bound By Its Forgotten Purpose

Modern day scientists are now viewing the string theory as an actual possibility. Which means our universe is formed on a grid of energy, which is the base of everything on earth and which allows for physical manifestations combining with light and space. This theory also allows for all time to be one- past, present, future existing on the same grid just in various positions in 'space', meaning everything and everyone that is, has been or will be is ONE.

Your gifts may be due to your ability to 'tune' into that grid. You are able to interpret the frequencies on the energy flows that surround you.

Your awareness of these gifts only makes them stronger. Albert Einstein explains this theory in his approach of relativity in quantum physics. It is known that a molecular structure only takes on a form once it has been observed, before the point of depiction those atoms are anywhere and can be anything.

Hello everyone! This is my first time writing and posting in here, but I need your help, if someone could take of his/her time to read this, and help me to decipher it, I will be thankful. So thank you in advance.Ok today when I was trying to…
See More

"I find your comparison very inappropriate, because a parasite behaves differently. It's not quite like you say. People live on earth and make a living from what there is to eat here. They don't make the earth sick because they eat. This is probably…"
More…
Loading ...