BIG PHARMA EXPOSED ....AS BIG RIP OFF.... Solution IS NO CURE NO PAY AND ANY SIDE EFFECTS HEAVY FINES

The main reason people take so many drugs is that drug companies don t sell drugs, they sell lies about drugs. This is what makes drugs so different from anything else in life… Virtually everything people know about drugs is what the companies have chosen to tell them and … their doctors trust their medicine is that they extrapolate the trust they have in their doctors into the medicines they prescribe. The patients don’t realize that, although their doctors may know a lot about diseases and human physiology and psychology, they know very, very little about drugs that’ve been carefully concocted and dressed up by the drug industry. – Dr. Peter Gotzsche, co-founder of the Cochrane Collaboration

Well this has to come to a stop asap . .how many taking Pharma drugs daily ...yes how many hooked and  how many killed

Now, with its antibiotic drugs becoming more useless in the face of rising superbugs, you have to really question whether an entire medical system that is based on masking symptoms, “managing” illness, and getting patients on a hamster wheel of pill after pill after pill, can really constitute true healing – or whether it’s just more fakery. 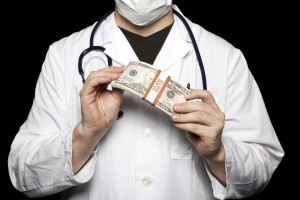 Alan commented on the blog post 'THE 9TH ARCTURIAN COUNCIL: YOUR ARE THE STARSEEDS AND GALACTIC GROUND CREW'
"I give thanks to my family of ET's for their caring interest of our plight, to make Peace…"
6 minutes ago

ET Hugger commented on the blog post 'DIVINE MOTHER SPEAKS OF VULNERABILITY PARTS 1, 2, 3 AND 4 OF 4 (MEDITATION - HEALING EXTREME VULNERABILITY AND ISOLATION)'
"Thanks, I will give it a try :)"
18 minutes ago

Roberto Durante commented on the blog post 'SHARON STEWART AND IVO OF VEGA: 1 -DIVIDE AND CONQUER, 2 - LIGHTWORKER INFORMATION, 3 - NIGHT TIME RAIDS'
"here you can sign the petition asking justice for George for the abuse of this still not in jail…"
1 hour ago

Drekx Omega commented on the blog post 'DIVINE MOTHER SPEAKS OF VULNERABILITY PARTS 1, 2, 3 AND 4 OF 4 (MEDITATION - HEALING EXTREME VULNERABILITY AND ISOLATION)'
"Two techniques of absorbing planetary prana...Breathing in air [under a great oak] will spiral life…"
1 hour ago