* Advisory* The following piece may not be suitable for everyone, especially those who may feel fear or uneasiness upon reading certain  behind the scenes reports that may discuss world affairs, whether these reports are accurate or not, not discussed through mainstream media outlets.

The Dragon family and governments of the non-Western world acted decisively to get Barak Obama re-elected as president because a Romney victory would have meant World War 3, according to multiple sources.
Obama was cut off of his election finances by the Pope and the Queen three weeks before the election and would have lost if the Dragon family and others did not step in and finance him, according to CIA and Asian government sources. Obama returned the favor by complying to a request to purge Bush/Nazi operatives from the government and the military, the sources say.
That is why Timothy Geithner, Hillary Clinton, Eric Holder and other bush operatives were fired. The purge at the pentagon and agencies included CIA Chief David Petraeus, Rear Admiral Charles M. Gaouette, US Army General Carter Ham, Brigadier General Jeffery A. Sinclair, and US Navy Commander Joseph E. Darlak, according to CIA and other agency sources.
The situation may actually lead to civil war against the Bush Texas stronghold. Since Obama got only a bit more than 30% of the European American male vote you can be sure there are lot of upset white men, many of whom belong to militias, who might fight with the Nazis, creating a potentially volatile situation.
The White Dragon Society was not involved in the decision to back Obama but agrees with it, with some reservation, because the alternative was WW3.
The White Dragon Society also received a direct call from a senior pentagon general warning that Hurricane Sandy was just a foretaste of what would happen in Romney was not elected. Now we shall see what retaliation the Bush Nazi faction carries out now that their people are being purged following Obama’s victory.
There are also mass clouds of disinformation being put out now and it will take some time for it to clear up and reveal more about what is really going on.
For example many sources say George Bush Senior is senile and in a wheel chair and that Jeb Bush now runs the clan. However, Neil Keenan says Bush recently got a $5 million rejuvenation treatment in Hong Kong and is still fully in control.
This sounds far-fetched but Japanese military intelligence sources say former Japanese Prime Minister Nakasone recently appeared at a funeral looking far younger than his 94 years making many speculate he had been “replaced.” Other well-known gerontocrats like David Rockefeller also occasionally appear rejuvenated as if they had undergone some sort of treatment.
What is clear though is that the mass firings announced by Obama mark a major change in the US power structure.
A lot of Japanese power-brokers have been deeply upset by the Romney defeat, notably Junichiro Koizumi’s and Yasuhiro Nakasone’s people. That means that well-financed attempts to set up a new Nazi puppet regime in Japan are now doomed.
This is already becoming visible. Tokyo Governor and well-known China baiter Shintaro Ishihara resigned to start a new national political party after his son was defeated in his effort to take over the resurgent Liberal Democratic Party. However, Ishihara is not finding any followers and has committed political suicide. The moves to place charismatic Osaka major Toru Hashimoto, an Ishihara friend, as a new leader of Japan are also now being put to an end.
Instead it is now looking likely that the Liberal Democratic Party and ruling Democratic parties will merge and choose a new leader through an open and fair election.
The Europeans, for their part, still do not have access to printing presses for new money and the result is a slow implosion of government function and society in many of their countries. Money will flow again when the wars and terror are stopped.
To read the entirety of Ben's weekly report, please visit  http://benjaminfulford.net/
Views: 201
E-mail me when people leave their comments –
Follow

"Don't forget that Abrahamic Religions are strictly monotheistic. So 'new age' claims of a supposed 'Goddess suppression', as applied to middle eastern religions, is misleading. If you want to describe the religions as 'suppressions' of some kind,…" 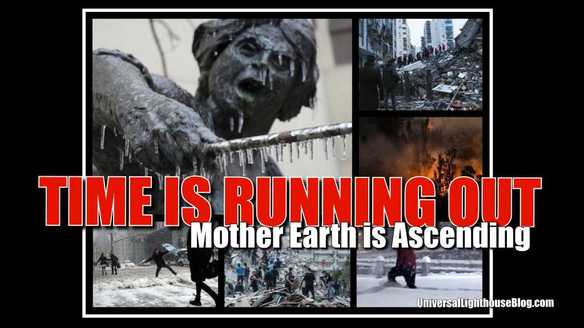 TIME IS RUNNING OUT ~ Mother Earth is Ascending Blessings Beautiful Family of Light, What you are witnessing on this Earth in these moments is a massive shift into a new reality. The Ancient Mother, Gaia Sophia has awakened and is in an expansion.…
See More
More…
Loading ...