West Michigan's infamous brush with the unknown isn't fading into the past anytime soon.

In March 1994, UFOs were reported speeding along the shoreline, leaving police and witnesses scratching their heads in wonder. The phenomenon was even caught on National Weather Service radar and recorded on a call to a 911 operator. 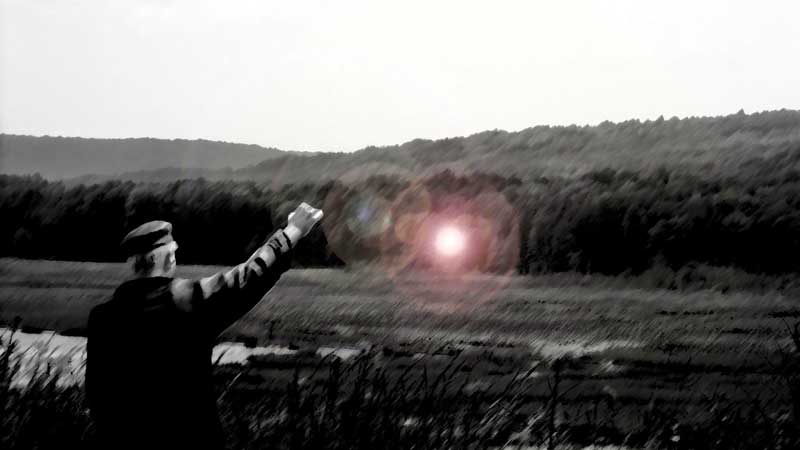 Now, 20 years after the headlines have faded, the phenomenon is once again about to be thrust into the national spotlight.

This fall, the sighting -- witnessed by residents in Muskegon and Ottawa counties -- will be the topic of UFO Hunters, a History Channel series that gives extraterrestrial encounters a primetime TV treatment.
The show's stated mission: Separate "fact from fallacy."

There's no denying the fact that something strange, even extraordinary, happened in West Michigan that cold spring night.

And Kevin Barry, who's producing the episode, is confident the public is still hungry for details.

"Everybody loves the idea of investigating UFOs," said Barry, a Michigan native who graduated from Wayne State University with a master's degree in film. "It subverts everything (people) have been taught and everything we believe."

Some witnesses aren't sure what to believe about the lights they saw hovering in the sky.

As he sat in front of Holland High School ready to be interviewed by Barry and his crew, Lee Lamberts seemed both mystified and passive.

Lamberts, who covers sports for the Holland Sentinel, isn't forgetting the glowing object he saw near the school. But he's not wracking his brain for answers, either.

"If I'm driving home late at night from the school I look up at the sky thinking I might see something again," he said as he pointed to where he saw the UFO. "Some people think I'm making this up because I'm kind of a jokester, but this is all true."

"I believe most of these stories, that people saw something," he said. "They aren't saying they saw little green men,

But they did see something."

Ever since a UFO crashed in the New Mexico desert in 1947, countless numbers of Americans have uttered the same words.

It's a topic that stirs passions, raises troubling questions and piques the curiosity of millions of Americans.

So it's easy to be skeptical. UFO sightings are often associated with the most sensational media organizations, making Barry's work all the more difficult.

But he chose Holland for a reason.

The witnesses were regular people, not UFO enthusiasts, and they all reported seeing the same thing -- a glowing circular object.

And then there's the 911 recording of the conversation between a National Weather Service Operator at Muskegon County Airport and an Ottawa County dispatcher.

The conversation -- which at one point features the weather service operator saying, "I've never seen anything like this" -- was obtained by former Muskegon Chronicle reporter Michael G. Walsh using Michigan's Freedom of Information Act.

Before he heard the tapes, Walsh was skeptical too. A quick listen changed his mind.

"You could hear it in their voices, they were mystified, they were concerned," said Walsh, now a Muskegon attorney. "I said, 'My God, this is a story.' " 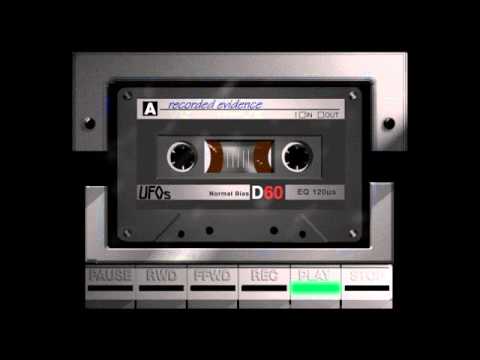 In the following week, the story was covered by major television and radio news networks as well as talk show hosts, including Larry King Live.

"Being the object of the stories was unusual," said Walsh, who wrote a series of stories on the sighting. "Here I am and my claim to fame are the UFOs."

The unexplainable phenomenon has brought other witnesses their 15 minutes of fame, too.

Cindy Pravda, who spotted the UFOs from the window of her Grand Haven Township home, was interviewed by the UFO Hunters last weekend.

The sighting didn't startle Pravda. If anything, the sight of four bright lights silently hovering above the tree line was hypnotic. She watched the object for nearly a half hour.

"I saw my horse, and she was just sitting in the backyard sleeping," Pravda said. "I thought if nothing bothered her, what do I need to worry about."

The chance to tell her story to the History channel "totally amazes" Pravda.

"Agarther, you have a very gentle energy. I thought for a while that you were from an Asian country. I didn’t expect Serbia.

I have to dig deep sometimes to tap into second Ray energy. I tend to get very analytical at times and forget to feel. I am…"