I am posting this article to strengthen the name of Wilhelm Reich a person defamed by mainstream media and pop scientists. His books have been burned and as a consequence, many people have lost their lives because thanks to his investigations it is possible Etheric rains to stop drought which benefits agriculture, food supply and make possible rains in less than 1-hour stoping with easy the forest fires that have destroyed many people's homes and killed hundreds of animals, trees and entire ecosystems. Furthermore, in his books where information necessary to diverted hurricanes, and in recent years thousands of people have lost their homes and their lives. So it is important that society recognizes its tremendous contribution that this great scientist and biologist gave to society.

What is Orgone Energy ?

Orgone energy is the scientific term used by Wilhelm Reich to describe Chi energy. Wilhelm Reich who is described as a great biologist by this book published by Harvard University Press presented strong scientific evidence of the existence of this energy which has been defamed and hidden from the community due to its healing potential. Traditional Chinese medicine has successfully cured people for more than 3,000 years by regulating the flow of life force in the body. When the life force flows strongly into the body, the person can heal on its own. A strong flow of orgone energy makes a human being totally alive, alert, and present while a weak force results in sluggishness and fatigue. By increasing and developing the correct flow of Chi is possible to overcome illness, enhance mental capacity, and become more vibrant. Life existed because of life force and energy running through and animating the body, ensuring we can move, breathe, digest food, think and even feel.

There can be no doubt in the mind of any experienced practical worker that the Chi of ancient China and the Orgone energy of Dr. Wilfelm Reich are identical.

Traditional Chinese medicine, or TCM, is the art of correctly directing the CHI to eliminate blockages to the CHI’s proper flow. Chinese herbs rightly understood and applied, bring cosmic forces into the healing process. Many years are required to understand and apply these advanced herbal therapies. Three thousand years ago, China already had a complete pharmacopoeia, based upon normalizing CHI flow. The Chinese doctor thus freely uses in his healing art. Traditional Chinese Medicine includes several forms of herbal medicine, acupuncture, massage (tui na), exercise (qigong), and dietary therapy. Acupuncture describes meridians where the Chi energy flows in the body, these meridians carry the energy that vitalizes all manifested forms of life and allows them to flourish and grow. In modern language, this energy is "information". Experienced Chinese doctors can feel and trace the pathways that this energy flows in with their hands. About 5,000 years ago they mapped these energy channels like meridian lines. With this accomplishment, acupuncture was developed to help balance the energy or Chi that gets stuck in these acupuncture meridians. Qigong is a practice to cultivate and balance The Chi, translated as "life energy". 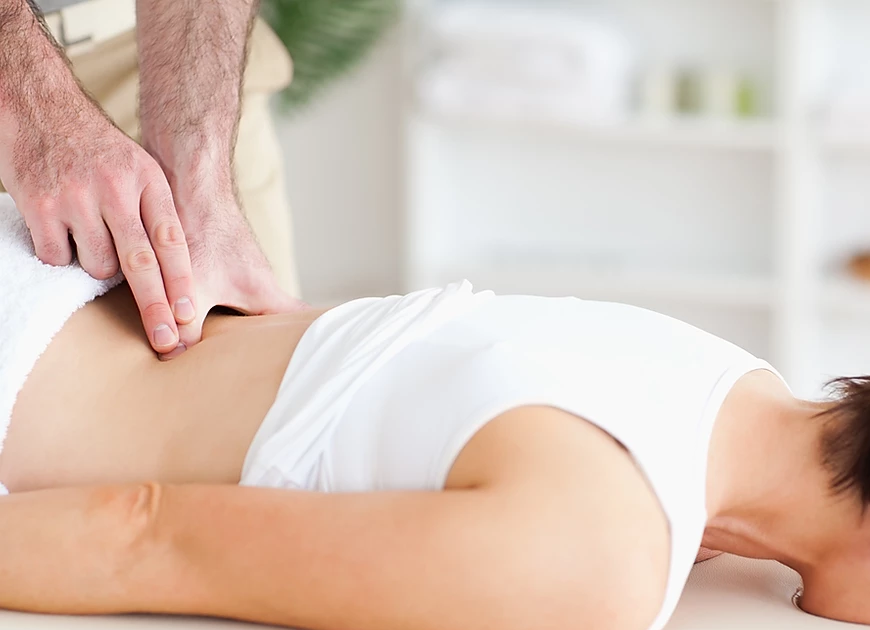 Properties of the Orgone Energy

- It fills all space and is everywhere

- It's mass free and is the primordial, cosmic energy

- It penetrates matter, but at different speeds

- It pulsates and is observable and measurable

- It has a strong affinity and attraction to/by water

- It is accumulated naturally by ingesting foods, breathing, and through the skin

- When it is concentrated, orgone energy often has a blue-to-violet color

The earth’s orgone energy (Chi), in a massive west-to east regional flow in the Maine latitude, could actually be reached, and influenced. Dr. Reich’s enthusiasm for bioenergetic research had presented him with an immense challenge: exploring weather control by tapping into the regional flow of orgone energy (Chi). Wilhelm Reich’s works on Orgone Energy were also of intense interest and study to Trevor, and through the Borderland Foundation he connected with fellow member Robert McCullough who was technical assistant to Dr. Reich and cloudbuster operator during Reich’s OROP Desert work.

James Trevor, the towering intellect and practical engineer that he was, integrated Reich, Drown, and Steiner’s works into functional advancements in human interfacing with the living etheric energies surrounding our planet. While these can be utilized for many purposes, as Dr. Drown showed in her clinical works, and as Dr. Steiner directed in his scientific, sociological, and agricultural impulses, Trevor chose the direction of Dr. Reich in bringing rain to areas of drought on our planet. Trevor took this blow in stride and continued to move forward with his advancements, blazing new trails in geometric access to the ether.

Trevor would say that while scientists would be busy arguing that there was no ether, he would just get on with accessing it to make it rain.

The successful use of Etheric engineering equipment aboard aircraft is already a demonstrated practical reality. No chemicals or electric power are utilized, just geometry, direction and velocity, plus access to the etheric continuum, with all its liberating portent for mankind. Rain engineering operations herein exemplify practical results achieved since 1968. Successful operations have been mounted in several countries, on the high seas, and latterly, in airborne applications. U.S. projects were advance-notified to the U.S. authorities (NOAA) on the prescribed Federal forms. Projects were then executed successfully. Environmental and economic devastation from drought can be ended.

An environmentally pure technology has been developed by practical men, to deal with drought effectively. Etheric rain engineering accesses and technologically employs the chemical ether, which permeates and controls the atmosphere via the ether’s mighty, yet gossamer-subtle flows. Renowned scientist Sir Oliver Lodge theorized a century ago that “the ether is a physical thing.” This has now been comprehensively documented, on videotape at horizon distance. Specially-designed geometric forms aboard a speeding ship were used to manipulate the ether. The ether influences the atmosphere. Rain engineering thus became feasible. Substantial rains have been engineered at sea, inside vast high-pressure cells, documented by the unfailing vigil of time-lapse video cameras.

Wilhelm Reich was the first person to be aware of the existence of "DOR," or Deadly Orgone energy, as he called it. DOR, according to Wilhelm Reich, is a stale form of orgone energy, which can cause serious health problems in humans. With his Oranur experiment, massive amounts of this DOR developed, which made necessary a temporary abandoning of his facilities and the dismantling of the orgone accumulators in that area.

Wilhelm Reich was unaware that it constantly is transformed back into healthy orgone as a result of the pulsation of the planetary orgone fields. If this was not the case, all life on this planet would have choked in deadly orgone long ago. In fact, in his work to remove DOR from the atmosphere (Reich made some real path-breaking observations concerning the presence and absence of DOR in the atmosphere), he grounded it into the water, and there... Serious DOR problems arise whenever the planetary pulse of orgone energy cannot keep up with the generation of new DOR, as was the case in Wilhelm Reich's famous Oranur experiment. These problems occur in locations with massive "electrosmog," or electromagnetic pollution and wherever there is a massive amount of radioactivity present. For instance, in his Oranur experiment, Wilhelm Reich placed a small amount of radioactive material inside a powerful orgone accumulator.

Wilhelm Reich had built a 20-layer orgone accumulator, into which he put some radioactive material, with the consequence of massive transformation of orgone energy into DOR. Since he had no means of counteracting DOR nor any knowledge of transforming it back into healthy orgone energy, he had to dismantle this orgone accumulator and a bunch of other ones, which were close to this source of DOR. Karl Hans a scientist from Austria, invented a DOR generator that can be turned on and off at any time. This device generates DOR, besides transforming orgone energy into dead orgone energy. When this device was turned on in front of an audience most bystanders experienced pain in their lymph nodes within less than a minute but when Karl Hans turned on an orgone generator emitting clean orgone energy, next to the DOR generator, this output of DOR is changed back into healthy orgone and bystanders felt well immediately. This is how he understands that his devices are able to produce a healthy and revitalizing environment at home or office where the people going to feel positive and wellness. The orgone generator proved also very effective in counteracting the DOR generated by electromagnetic pollution, for instance in areas with massive fluorescent lights. 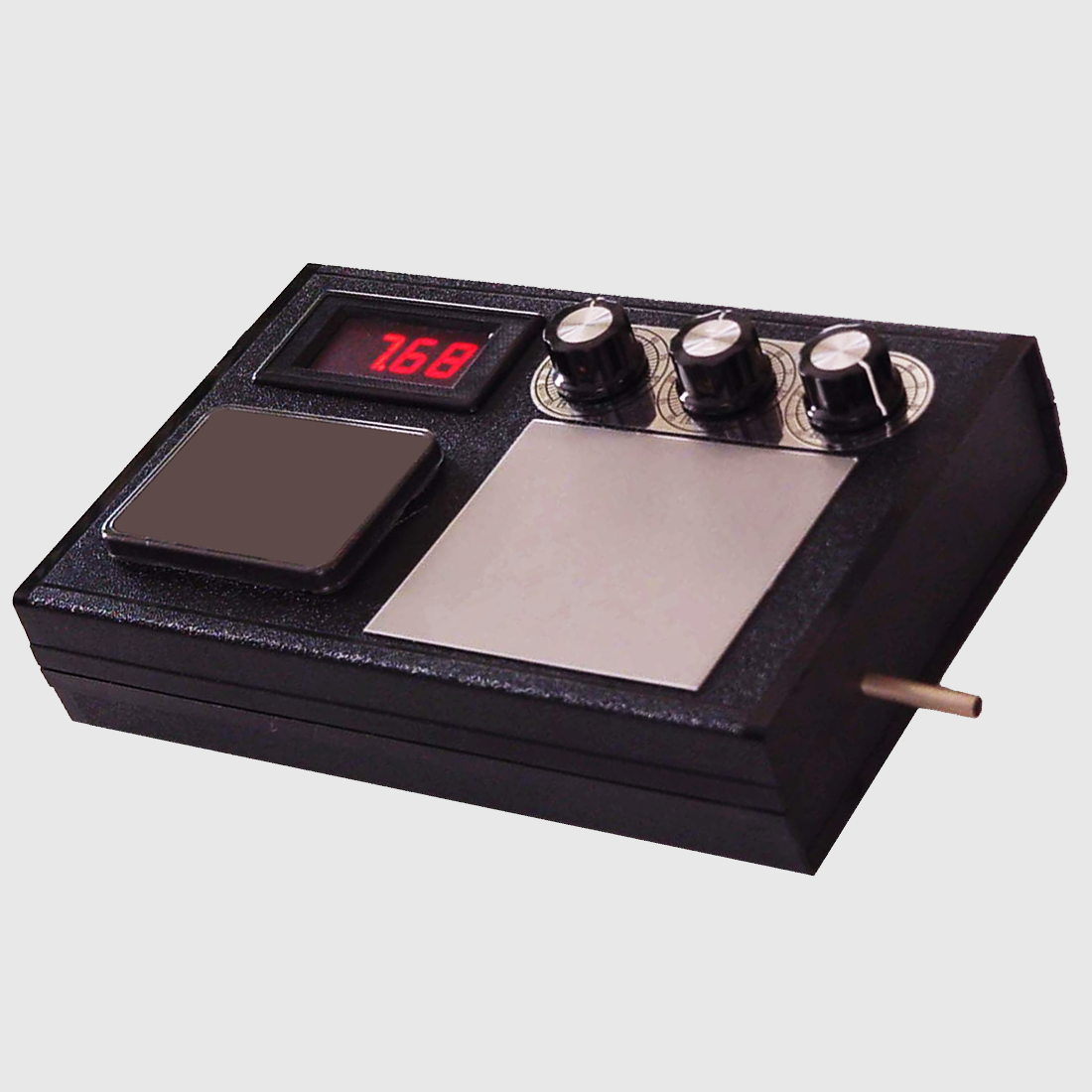 The year 1991 is a very important year for the history of humanity because the first Chi generator was inverted by Karl Hans Welz a scientist from Austria. With this device, anyone can have at their disposal large amounts of clean life force at homes or offices. With the pulsating orgone generator close to the DOR that emanated from the DOR generator invented by Karl Hans as well, the Life Force itself began to pulsate again. It lost its stale characteristics and therefore it was immediately transformed into orgone.  Consequently, the feeling of the atmosphere surrounding the device immediately changed from depressive-sickening to uplifting-energizing.  Reich was apparently correct when describing DOR as an orgone energy that has become stale and rigid. The invention of the orgone generator by Karl Hans Welz give society an effective method of defense against DOR. 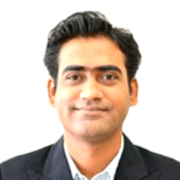