We Pleiadians are so involved with our Earth Family because we totally understand the state of mind of many of you. We know how it feels to be offered hope of a new life and not be totally sure that we could trust this possibility...After all, you have lived in illusion for myriad incarnation, so what if you believe in yet another illusion? At least this possible illusion is filled with multidimensional light and unconditional love...

THE BEGINNINGS OF OUR ASCENSION

We speak with you now about the beginnings of our ascension.

Once we arrived at our new home in the Pleiades, we were finally free of war and fighting. With this freedom from fear, we could hope for a better life. We Pleiadians are so involved with our Earth Family because we totally understand the state of mind of many of you. We know how it feels to be offered hope of a new life and not be totally sure that we could trust this possibility. How could we take the risk that life could be filled with peace and calm when there had been so much war and disruption?

In fact, it took us several generations, which are longer than yours as we live much longer, to settle into the concept of the freedom to choose peace, love, happiness and joy. We understand how our dear Earth Family must decide to choose to live the hope that appears to be before you. After all, you have lived in illusion for myriad incarnation, so what if you believe in yet another illusion? At least this possible illusion is filled with multidimensional light and unconditional love. After living many years, and many lives, in darkness and fear, how can you turn away from hope?

It was the same for us. Also, we were very busy building a new life for ourselves, just as you will soon be doing. The building of our new world kept us occupied, however, the challenges of creating a new society were an ongoing challenge. For generations, we had traveled from place to place and lived entire lifetimes on Starships. Hence, our society was based on a smaller world. On the other hand, we did have long periods in which we were planet bound, but we kept running into the same issue, again and again. We would find peace, then “they”—usually the Dracs—would find us, and the fighting would begin again. 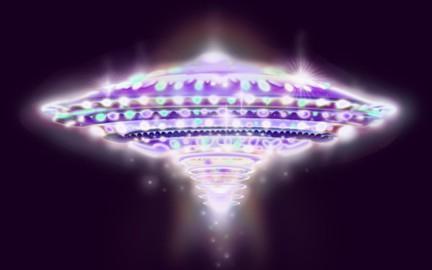 Even though we appeared to be hidden away, there was little security as we had found “safe havens” before, only to be invaded again. Because of our many dashed hopes, we had become attached to a sense of victimization. We felt as if we had little control over the outcome of our lives, our homes and our society. Do you see why we are coming to assist our Earth Family? We are your ancestors, and we know that we are responsible for the example that we set for those who we left behind. Yes, we did abandon many of you in our constant search to find security.

We had left our home world of Lyra to find peace, but we did not have peace within. We had fear. Finally, we were learning that we could only create in our reality what we held in our hearts and minds. This information was very difficult for us to accept. When a society is based on war and victimization for a very long time, it becomes very difficult to find the enemy within. Only those of us who had a spiritual connection could begin to look into our own darkness. Fortunately, that was enough to turn the tide of our creations.

Those of us who had remembered our connection to Spirit, began to go inside ourselves to ask for forgiveness for what we had done to others. Amazingly, we all got the same answer, but in different words. The message that we got was, “You must forgive your self in order to accept forgiveness from another.” It was one thing to ask forgiveness of our Spirit, but another thing to ask our selves for forgiveness. First, we had to decide exactly what we needed to forgive ourselves for. We began to gather in small groups to find the answer to this question.

Fortunately, our group energy allowed us to go back into the history of our civilization in a detached fashion. Once we realized what we had done to others, we sought the answers as to why we had done these things. We realized that our sense of feeling victimized give us permission to perceive others as an enemy without adequate proof. Because of this decision making process, we had attacked without trying to talk and abandoned without trying to heal.

This realization was a vital realization, as it became a basis of our society. Once we found that our actions were based on fear, we saw that we had gone against the very core of nature, which we had thought has been based on love and acceptance. Therefore, now we needed to go back into our history and re-do our mistakes within our consciousness so that our new, habitual responses could be changed. Therefore, we reviewed our past to discern what decisions were made from a fearful stance and which decisions were based on correct perceptions of our “enemies.” After we determined which were our fearful decisions, we re-considered how we could have used communication and healing instead.

We were able to discern situations with the Service-to-Self enemies in which we responded with powerful tactics and the situations in which we became afraid and ran or attached without adequate thought. Going over our past, allowed us to gain the lessons that were hidden in our “mistakes” and the wisdom that we gained from our effective choices. Once we brought this information back to our people, it became easier for them to uncover their own guilt, anger and fear. Once others experienced and released their emotions, they, too, felt a need to go inside and confer with their Spirit.

First our communications with Spirit were mostly individual, but gradually small groups began to gather to release the old and feel the blessings of Spirit. The groups felt so full of Spirit that they wanted to show their joy by dancing, singing, painting, writing and many other creative expressions. The joy of expressing our creativity released a dark cloud from our consciousness that we forgotten was there.

Suddenly, our fear and sense of victimization was gone. We were too busy creating a new life to think about fear. Since more and more of us were developing an intimate relationship with Spirit, we could surrender protection of our world and society to Spirit. We also released that service to those who discovered that protecting others was their greatest expression of creativity.

We were finally settling into our new home and expanding our Galactic Duties when we began to discover a small voice within. We had started the next phase of our ascension without ever knowing that our process had even begun.

We are with you always, for we share your Spirit,
Mytria/Mytre