MULITIDIMENSIONALITY; CREAM OF THE CROP CIRCLES

Posted by truther on June 28, 2012
It appeared overnight, a mysterious snake-like crop circle weaving across a wheat field in Wiltshire.

The 350ft-long installation is marked out of a field near the 200-year-old Alton Barnes White Horse chalk figure.

Dubbed a Venus ‘sunfish’, the circle is thought to capture the ‘transit of Venus’, an astronomical phenomenon which began last week and will continue until the beginning of July. 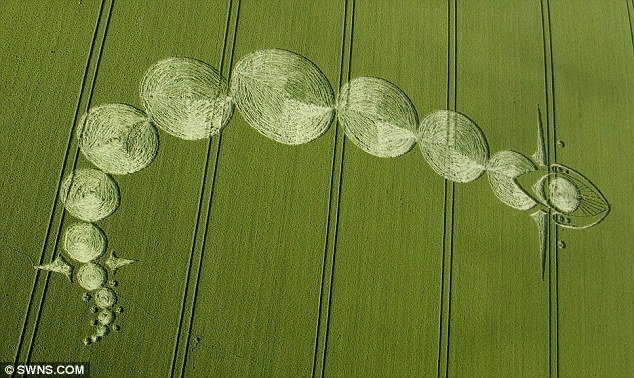 Overnight sensation: A representation of the transit of Venus has appeared as a crop circle on Woodborough Hill, Alton Barnes in Wiltshire 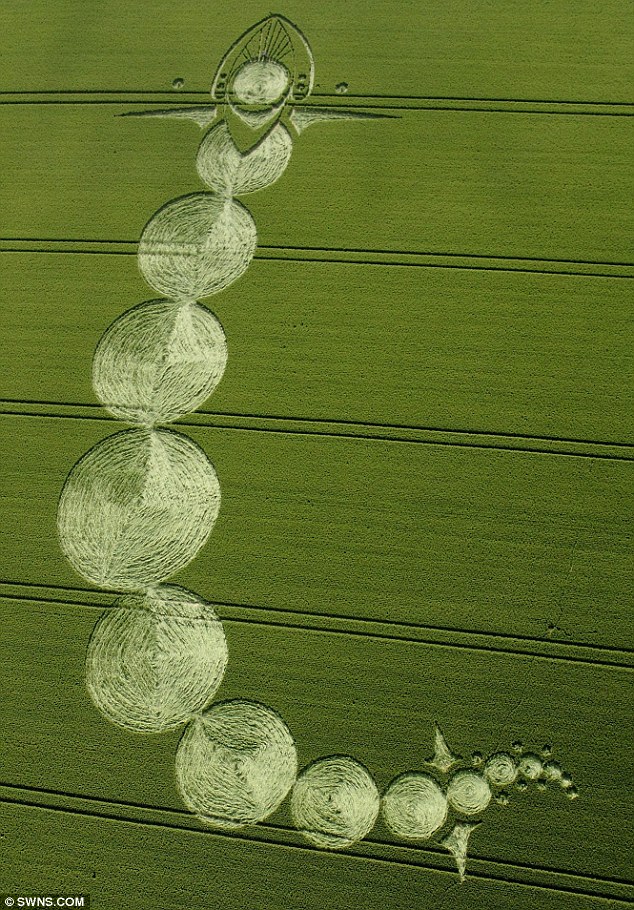 Location: The enormous 350ft installation is set in a field of wheat near the 200-year-old Alton Barnes White Horse chalk figure

The crop circle shows Venus’ period of visibility as a morning star, where it rises with the sun, and tracks its ascension in the sky following the sun through its rising and setting stages.

The ancient Mayans spent much of their time recording the path of Venus, splitting its 584-day cycle of the planet into four distinct parts.

Amateur photographer, Matthew Williams, said: ‘I was quite excited to find it in the morning as I hadn’t known there was anything there the night before.

‘It must have appeared in the hours of darkness. It’s very spooky.’ 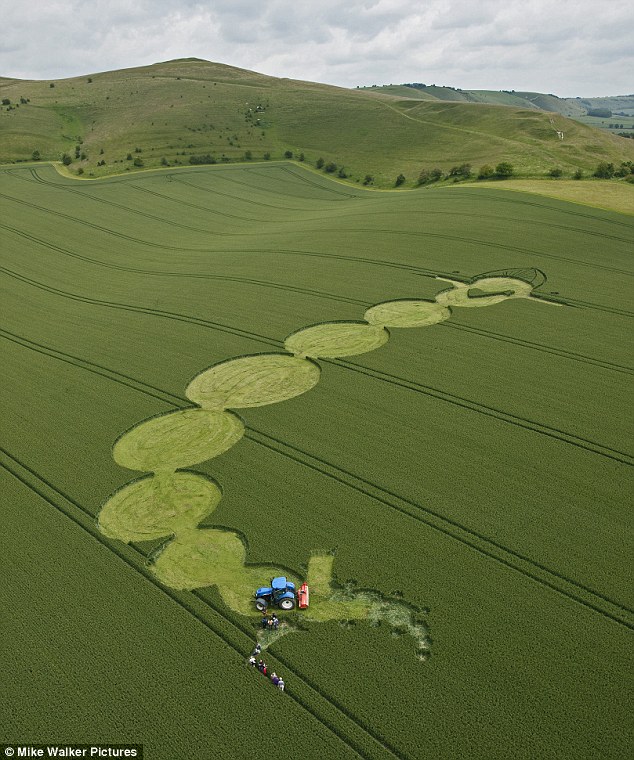 Over the hills: The crop circle appeared in picturesque fields in Wiltshire

Snake-like: The crop circle shows Venus’ period of visibility as a morning star, where it rises with the sun, and tracks its ascension in the sky, following the sun through its rising and setting 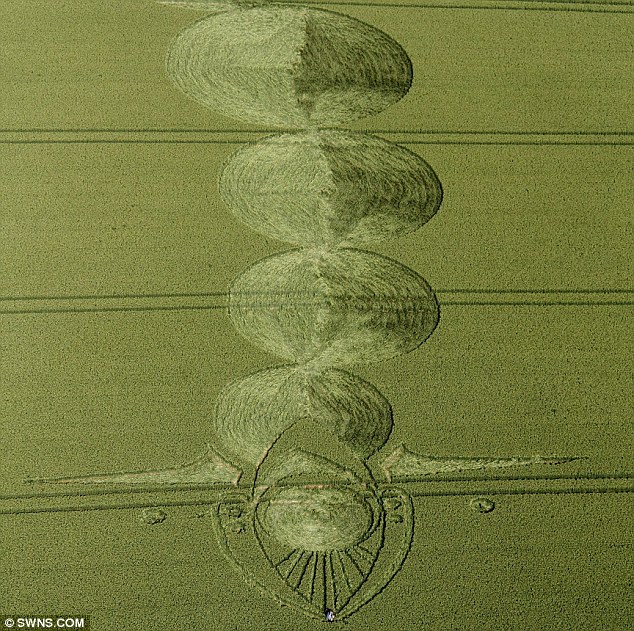 Astrology: The ancient Mayans spent much of their time recording the path of Venus, splitting its 584-day cycle of the planet into four distinct parts

Stargazers from across the globe have been gathering to watch the rare astronomical spectacle.

From the U.S. and UK to South Korea, people around the world have been turning their attention to the daytime sky to make sure they caught Venus passing directly between the sun and Earth – a transit that won’t occur again for another 105 years.

The transit of Venus happens in pairs eight years apart – but then with more than a century between cycles.

During the pass, Venus appears as a small, dark round spot moving across the face of the sun, like a bug on a dinner plate. 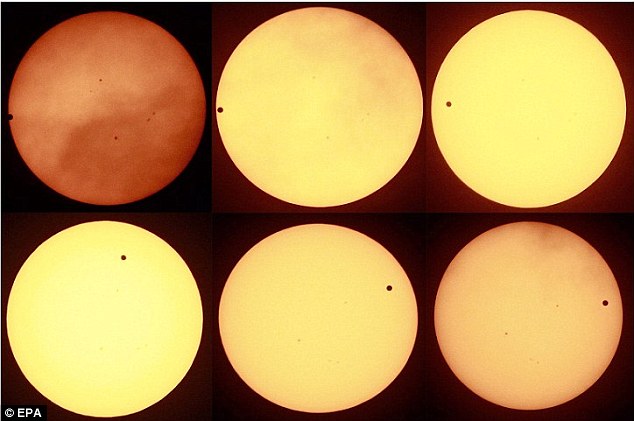 Real deal: The transit of Venus, happening now, occurs when the planet passes between the Earth and the Sun 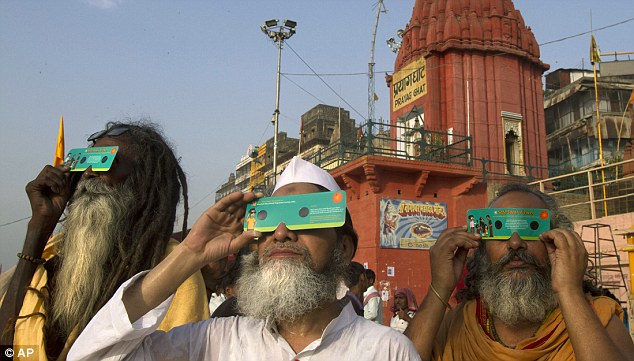 Here comes the sun: Hindu holy men use special cardboard eclipse glasses as they watch the transit of Venus on the banks of the Ganges River in Varanasi, India

Crop circles continue to fascinate enthusiasts, but whether they’re made by aliens or people with GPS devices still remains a subject of debate for some?''But we all know that when stalks are broken, then they are man made. The vast majority are bent and not broken ,so they are not man made. (Rev.Josh)''

The geometric patterns range in size from a few inches to hundreds of feet across and have been as large as 200,000sq ft.

Stalks are bent down around an inch above the ground before the plants are laid in precise patterns.

In recent years, a booming tourist trade has developed. From Belgium, Holland, America, Norway and Australia, crop-circle spotters or croppies come in their thousands — each with their own theory, each rushing to a new site as soon as it is reported.

Wiltshire is known as the capital of crop circles but why the county plays host to the vast majority these patterns remains a mystery.

Each year during Spring and Summer a new batch of the markings appear and continue to delight the country. 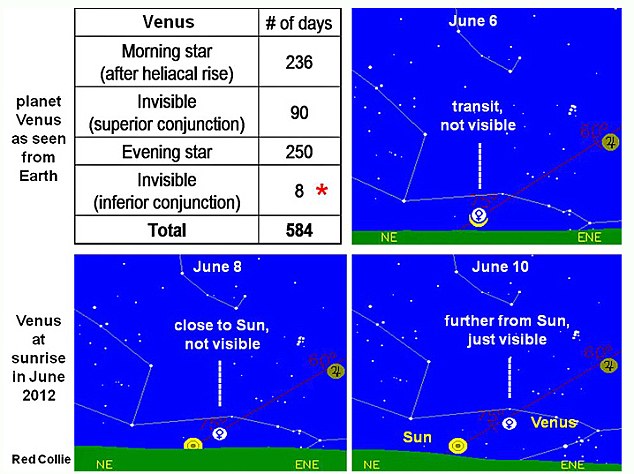 The further Venus goes from the sun the more visible it is from earth.