The following report details the current state of geomagnetic activity and resulting effects on human consciousness. This can be used to guide one’s activities in meditation, mass meditation, personal energy work, and self-mastery practices.

Report: The impact of individual and coordinated mass meditations will be HIGH.

Geomagnetic activity is fairly stable, ranging from 1 to 2 of the Kp Index. The solar wind intensity is somewhat erratic but trending down. A quiet period of the geomagnetic field corresponded with several global mass medications yesterday, which likely contributed to the infusion of whatever intentionality was brought forward to the collective via the earth grid. Calm solar wind conditions until the 9th or so

Universal Effects: High energy and information streaming in from the celestial bodies, like surrounding planets, as well as stars, the galactic sun, and other galaxies.

Forecast: Meditations for the collective via outer work should have a high impact for 72 hours.

Inner Work: Develop gratitude for the cosmic lessons received in the form of mirroring of oneself, like stubbing a toe, a friend being upset with us, or the genuine reactions of others and ourselves to life events. All is information that reveals the nature of self and reality. If one does not consciously invoke acceptance of circumstances and emboldens themselves to overcome those obstacles via inner growth, it is likely one will feel emotional upset and angst. But with purpose and dedication to self-mastery, all challenges can be overcome so as to develop wisdom, personal growth, and a spiritual character. Strive to know thyself and this will help one know the world and others.

Outer Work: During quiet geomagnetic conditions, focus your meditations on forgiveness, social harmony, relaxation of tensions, and collective healing. Strive to be honest and transparent with your desires that affect others. See the other self an extension of your own being, developing unconditional love balanced by honest communication and clear agreements. When personal expectations are not met and communication with others isn’t clear, this is an opportunity to reflect on the methods of how we manifest our desires (with honesty and explicit communication or cowardice, fear, and blind faith others know what we want). Social harmony is the constant building of trust with oneself and others, which creates inner and outer peace, harmony, and abundance.

Note: The recommendation and impact of meditations report only analyze the electromagnetic (material) aspect of consciousness, operating within the subluminal electromagnetic spectrum. Other, super-material, energetic, or spiritual mediums of informational transference (telepathic and energetic effects of meditation) will likely still have a profound effect, even if the geomagnetic conditions are chaotic that day. Please do not assume this report is suggesting you avoid meditating on days when the impact is forecasted to be low.

The human organism is energetically linked to the earth via electromagnetic interactions in the extremely low-frequency range (ELF). These frequencies interact with the global system via the Schumann Resonances, ranging from 7.83hz up to 39hz. The human body, particularly the heart and brain, resonate at the same frequency range, measured by an EKG and EEG.

The heart is a piezoelectric liquid crystal oscillator that produces strong electromagnetic pulses, which are governed or attenuated by the brain, radiating outwardly up to 30 feet from the body. By way of inducing coherent states of mind (usually through meditation and/or chanting, sounding, yoga, or qi gong), the mind can focus the energies of the heart into a coherent field that is able to interact or “link up” with the global field.

Dr. Michael Persinger conducted research on the global mind, postulating that the geomagnetic field, due to the Schumann frequency ranges, has the potential to link up with the human mind, allowing information to be “stored” in the earth’s field. He was able to historically demonstrate that during times of low geomagnetic activity, individuals experienced greater spontaneous cognition or received telepathic downloads. Conversely, during times of high geomagnetic activity, telepathic downloads decreased.

Dr. Persinger also worked with Ingo Swann, an exemplary remote viewer who was involved in the DIA’s Star Gate Program. Experiments were conducted that involved placing Swann in a coherent magnetic field with a second participant who was asked to look at a photograph. Swann then entered a meditative state and “viewed” the drawing via the coherent field and the other person’s mind. This enabled him to draw statistically significant depictions of what the second participant was viewing. Dr. Persinger was able to prove that a coherent magnetic field provides an energetic medium for the exchange of information between minds.

During times of low geomagnetic activity, the human organism’s electromagnetic field embeds within the geomagnetic field (phase conjugation), allowing information to be exchanged between each system coherently (without degradation).

When people take the time to make themselves mentally and energetically coherent, by way of meditation techniques, while also visualizing or praying for peace, various types of stabilization effects can occur. The Maharishi effect stabilized social systems, reducing crime and overall suffering of people on earth.

In 1960, Maharishi Mahesh Yogi predicted that one percent of a population practicing the Transcendental Meditation technique would produce measurable improvements in the quality of life for the whole population. This phenomenon was first noticed in 1974 and reported in a paper published in 1976. Here, the finding was that when 1% of a community practiced the Transcendental Meditation® program, then the crime rate was reduced by 16% on average. At this time, the phenomenon was named Maharishi Effect. The meaning of this term was later extended to cover the influence generated by the group practice of the TM-Sidhi® program. Generally, the Maharishi Effect may be defined as the influence of coherence and positivity in the social and natural environment generated by the practice of the TM and TM-Sidhi programs. (source)

Dan Winter postulates that the effects of a coherent mind can be used to “steer a tornado” via a phase conjugate dielectric bioplasma produced by a shaman or person who has developed abilities in meditation and energy practices. In other words, an individual can produce a bioelectric field that allows them to merge with another field, influencing the second to some degree. 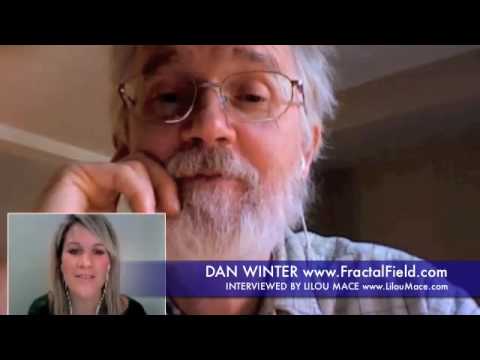 This can be simply described by having genuine empathy (care) and compassion for living energy systems, which could be people, places, weather systems, countries, and even the entire planet. Non-living “empathy”—electromagnetic connection between humans and dead buildings made out of steel and aluminum—reduce the coherence of the person, and are to be avoided.

Meditating in nature or being surrounded by natural materials, like a wooden house or a cave, increases bioelectric coherence, strengthening an individual’s ability to affect other systems. Conversely, attempting to link up with the earth’s field from within an artificial “dead” structure, will reduce energetic embedding effects. You can’t connect to the global field in a steel building as well as you can in a natural setting.

Meditating in close proximity with other people, particularly after hugging each person for a least 20 seconds, will increase the individual’s brain-heart coherence. This effect also transfers to groups, a kind of energetic tuning that increases the energy embedding effects mentioned above. Group meditation, after tuning, have a greater impact than individual meditations.

These effects suggest that depending on an individual’s ability to develop coherence as well as what they visualize, they can have a profound impact on stabilizing weather and seismology.

Drekx Omega commented on the blog post 'Message of Calming To American Voters and The US Republic'
"Well, we are already 'out there' in craft that use implosion motors...A technical…"
2 hours ago

√ℓἇ﻿∂ἇ ኔጡ። replied to the discussion 'Younger Brother "Ribbon On A Branch"' in the group Music for your soul.
"Oh 'Dire Straits', yeah was into them in my teen years back the 90's too..then moved…"
4 hours ago

Steve Hutchinson commented on the group 'Divine Upliftment For Spiritual Growth & Ascension'
"... Live throat singing prayers for the world Just let yourself feel this Divine Energy without…"
4 hours ago

Phil peacefull warrior replied to the discussion 'Younger Brother "Ribbon On A Branch"' in the group Music for your soul.
"https://www.youtube.com/watch?v=dy9nwe9_xzw"
5 hours ago