One of the things I love about creating art is the insight it gives me into what we may REALLY be doing, here on Earth in these fleshy bodies that live in time and space.

But conceptual art, for me, makes this obvious moment-by-moment.

One great example is how I've imposed certain rules upon myself, which have sometimes made maneuvering about a real challenge.

One rule, in many cases, has been the imposition of glamor.

By glamor, I mean something close to what other people call sexiness. But it's not the same thing. What I mostly mean is showing skin. However, when people speak of sexiness, they often include the idea of seduction and a sort of knowing attitude in which I'm simply not very interested. 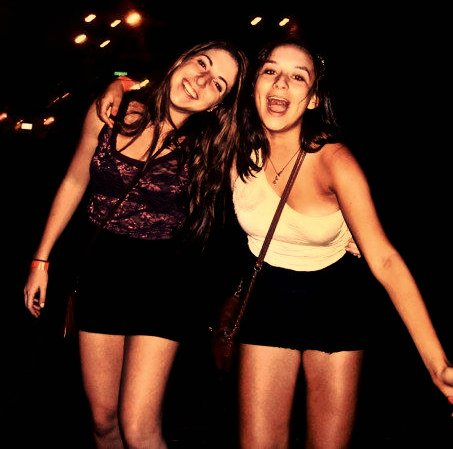 So, I just mean I like to bring attention to revealing clothes or to introduce nudity (or even simply make panties visible) in a piece of text. (And, yes, luxury DOES figure into this - but that's the easy part.)

Well, of course, part of it is simply that I find it titillating. It has a way of pushing up the energy level. I'm talking about feminine glamor, now - women. Why? Because our society has created a powerful opportunity to feel a great charge through feminine glamor, while preserving the freshness of physical innocence. None of this is automatic, of course, but it IS available. Not so much with men.

In many cases, I go further, ONLY visibly populating these works with women. One sex, but two genders, in many cases: not male and female, but tomboy and princess. Even in works that feature both sexes, I almost always focus on the female sex. Why? Mostly in reaction to masculine default. (It's also the reason why I sign all my art: G. Saintiny.)

Rules, rules, rules. But I'm always curious just how far I can push these rules.

In songs, for example, I live by what I consider to be the #1 rule of songwriting: Never say die. I mean it literally. I just about never use words like: die, kill, or murder.

Mind you, I wrote a song ABOUT a firearm. The plot of the song is about a woman teaching someone how to use one. She basically says that you point and you squeeze and there's no turning back. She asks, "Is this your first time," and we realize it must be. She makes it clear that "She won't be your wet nurse."

On the other hand, in my rock opera BLOOM I say kill, outright. Why? Because it's the macabre story of a man who has lost his mind and performs a murder. It's a story soaking in beauty, but it's about a fundamentally ugly moment. So, if the entire context is murder - a meditation on murder - different rules apply. (James Bond movies are a good example, too.)

But I seldom write such things. I wrote BLOOM a long time ago and have no desire to write further horror material, though I still cherish that work. It's a TRUE rock opera. There are only about nine words of talk dialog. The whole thing is propelled by song. And the songs are amazing!

(Nonetheless, I seldom look them over for singing or to reminisce. It's just not my thing, and - even then - I felt the only available niches for my imagination were violent. But finally I decided that I would decide, regardless of society's presumptions - or my projections.)

Rules are what help us create and slip into forms. Sounds pretty metaphysical, no? ;O)

It's thanks to rules that we can create a sonnet and then refresh ourselves by creating haiku.

Anyway, back to glamor.

You'll notice another rule behind the rule I mentioned about glamor. Most people spell it with a letter U. Well, I've grown up in the USA and can't understand - for the life of me - how it is that the "m-o-r" inflection exists, and yet Americans often spell it "m-o-u-r", which looks totally British to me.

Now, I've spoken of glamor and innocence. To take it further, I'm especially interested in glamor as a means of activating our divinity. This is not a new idea. It's the reason why fairies are often nude or very very glamorous. It's why many ancient deities are portrayed in the nude (Remember Venus/Aphrodite?). A divine concept is rendered spectacular through glamor. That's the basic formula.

And there are other formulas, as well. One of my most glamorous references is to two "supreme beings" (as Deepak Chopra calls them in CREATING AFFLUENCE) who represent wisdom and wealth. He identifies them as Sarasvati and Lakshmi. I call them Princess Dawn & Candy (sort of a wave vs particle thing). But why does one have a title and not the other, if they're both SUPREME beings? As Chopra puts it, relating their legend, "When you pay more attention to Sarasvati, Lakshmi will become extremely jealous and pay more attention to you."

So my formulation is literally a wisdom and wealth blessing! And I play with it in many ways: via the title for Princess Dawn, via the way they interact, and by always making Princess Dawn a little more glamorous than Candy.

When you're imposing them on yourself - Well! Ya gotta love 'em! ;O)

Many humans have been told that What God Wants is for sexual union to be experienced only with one’s spouse for the purposes of procreation and the expression of love.One result of this teaching: Millions of people believe that sex may absolutely…
See More
More…
Loading ...