-Releasing such information to the puplic,is a direct accusation against Pr.Obama.Obama Administration has the right, but also the obligation to all American citizens,to respond to these informations,by bringing evrything into Light,by revealing those behind the conspiracies,or conspiracy theories. - 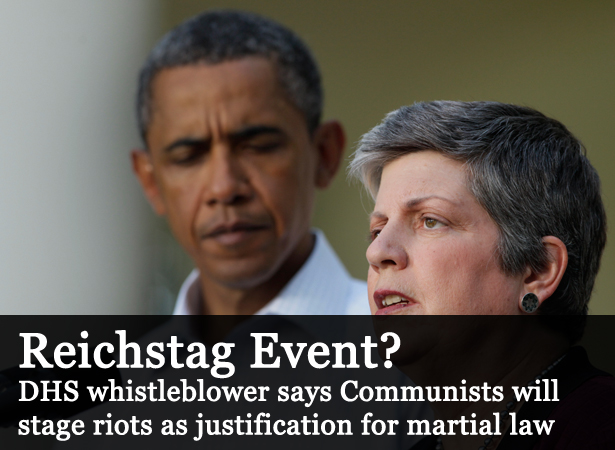 Washington, DC – The Obama agents, through the DHS and other assorted colluders, are plotting a major ‘Reichstag’ event to generate racial riots and produce the justification for martial law, delaying the November 2012 elections, possibly indefinitely, a DHS whistleblower informed the Canada Free Press on Tuesday. The ‘Reichstag Event’ would take the form of a staged assassination attempt against Barack Obama, “carefully choreographed” and manufactured by Obama operatives. It would subsequently be blamed on “white supremacists” and used to enrage the black community to rioting and looting, the DHS source warned. The Obama administration would then use the violence and chaos they created as justification for the imposition of martial law in major urban cities in America, the creation of DHS checkpoints, restriction of travel, and the indefinite delay of the November 2012 elections. The Reichstag event refers to a fire started during Hitler’s rise to power. The fire allowed him to grab emergency powers and murder his opposition. Historians have long believed that Hitler started the fire himself, while he blamed it on the Communists. The anonymous whistleblower elaborated on how the Obama administration is using the Occupy movement, labor unions, and other assorted subversive groups to create massive chaos within the nation. “Using untracked campaign funds, they are paying people to infiltrate the various movements to cause physical destruction of property and disrupt commerce. That began last year, but has increased ten-fold already this year,” the DHS source shared. “Obama is using some high profile people as pawns to forment the revolution. I heard several times through very credible sources that [Louis] Farrakhan is on the CIA payroll. Other have been named as well, but I’m not prepared to identify them yet. Farrakhan is to coordinate the Blacks and the Muslims to prepare for riots this summer, using any means necessary.” 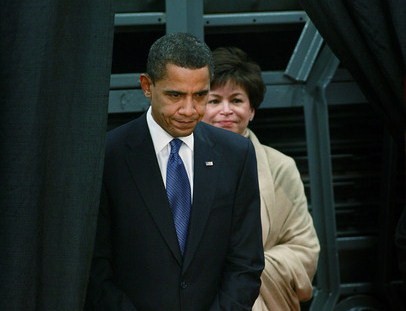 The recent revelationsappeared to complement warnings given by other government insiders, who alleged that Jeremiah Wright, Van Jones, Al Sharpton, and Jesse Jackson were all agent provocateurs whose mission was to inflame racial tensions and spark open conflict in the streets of America. According to the DHS source, a global economic collapse is coming, which the Obama administration is well aware of. They wish to build a system of global governance from the ashes of the previous financial system. In order for this mission to be completed, the Obama administration needs more time at the helm of power. Their reasons for concern are justified; as recently as May 8, influential political prognosticator Dick Morris predicted a Romney landslide if the election were held today. The shocking news also seemed to confirm recent actions taken by the DHS, such as their purchase of 450 million rounds of ammunition and their recent BlackHawk helicopters operation in Chicago, which looked frighteningly similar to a civil unrest exercise, but was described as “routine training”. 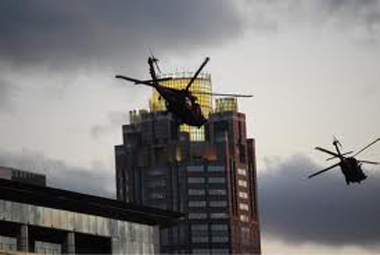 The concept of a staged assassination attempt against Barack Obama is not new as well and was first voiced by a knowledgeable White House insider known only as “WHI”.

Ulsterman: So what is it? Pull what off? Insider: A manufactured threat against the President of the United States. Something easily digested by the media and the American public. Not a real threat – something totally of their own making. They will use it if they need to – got no doubt whatsoever about that. Jarrett has approved the idea…and did so a long time ago. There were whispers of it during the 2008 campaign. McCain was so god-awful it never reached a serious consideration…but the plan was discussed. If needed – they were willing to go that route. It would be the ultimate use of the race card in the history of American politics. And…it would likely work if they got away with it. Ulsterman: They would go that far? Risk something like that? Insider: You don’t need to ask that question. Not after what we’ve discussed this past year. Not after what I’ve told you has proven out over and over again. So stop asking the fu—ing question. You need to accept the fact…if you haven’t done so yet – you need to accept the fact these people are playing for keeps. I told you – how many times? How many times have I said it? These are not Democrats. These folks are something else entirely. And they are willing to push the country – all of us, right against the fu—ing wall. Hard. I’m pushing back. Others are too. All of this is part of that effort. A small part, but an important one.

As with the Occupy movement, it appears as if the Obama administration executed a test-run of the plot, with a “shot being fired” at the White House. This would lend credibility when they choreographed the attempt for the masses. As early as August 2011, WHI also predicted race riots coming in the summer of 2012. The use of the Trayvon Martin death and the subsequent incitements to violence by the media, Obama operatives, and useful idiots, followed by the subsequent threats by the NBPP of a coming “race war” appear to have been merely a sign of what’s to come.SEE MORE... http://beforeitsnews.com/story/2128/441/DHS_Whistleblower:_Obama_Will_Commit_Reichstag_Event_To_Trigger_Martial_Law.html