An Extraterrestrial's Guide to Understanding Earthlings 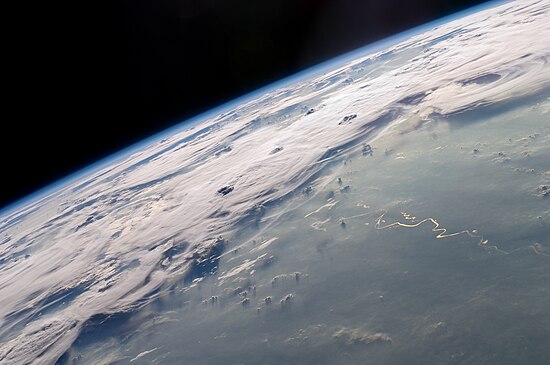 This is a guide for newly arrived ET's to help catch them up on the state of affairs on our beautiful planet Earth. Note that it may be slightly insulting to any terrans reading it who are emotionally invested in the current state of their world.

Welcome to Planet Earth! This planet is home to roughly 7 billion human beings, and an enormous variety of other amazing species whom they share the planet with, though many of the other species numbers are rapidly declining. Oddly, the humans don't seem to understand they're a part of the ecosystem and they exploit the overall health of the planet for short-term conveniences. The humans, who have this amazing potential to be conscious stewards of the planet, instead treat it as some disposable resource.  They have this expression "don't bite the hand that feeds you" yet they don't seem to grasp the meaning of it.

Human beings still fight with, and even kill, each other. Many follow this dubious system of morality that says it's okay to fight and kill, so long as a government or religion condones it. They rely upon external systems of morality and these systems are manipulated by their leaders for their leaders own gain.

And how are their leaders chosen? Through something called politics which, as far as I can tell, is this special system of rhetoric specifically designed to use as many words as possible to say nothing at all. It has this amazing ability to make people who listen to it stupider, and if anyone tries to discuss politics with you, I recommend blocking your auditory senses while chanting the mantra, "la la la la la la la, can't hear you".

Be very careful of the stuff they call "food" on the planet. While you may understand food as something that provides energy, nutrients, a pleasurable sensation, and is essential for the health of the physical vessel, they actually have "food" that takes health away. Perfectly healthy food is actually processed in a way that removes the vital nutrients, and it makes people feel worse after eating it. Crazy, right?

Then there's how technology is used, one might think that they'd use new technology to improve the quality everyone's life, but that seems to rarely be the case. Usually the most cutting-edge technology is controlled by the military, the people in charge of killing other people, and they use it to find more efficient ways of killing people.  Refer to the story of what happened when they learned to split the atom for more about this.

There's these things called banks and corporations which are enormously powerful business entities motivated almost solely by greed. Within most governments in the world, these entities have more influence than the people the governments were created to represent. While people have collectively realized this and there's efforts being made to fix it, at present the problem still remains.

Then there's religion, which is largely about arguing over which ancient beliefs about God are correct and getting others to believe the same things you believe. Be careful with these, on the surface they're  all about peace, love and forgiveness, but in practice they often spread division and hatred.

Humans have this thing called television, which has this amazing potential for education and communication, but instead it's almost exclusively used by governments and major corporations to program people with behaviors that benefits those governments and corporations. Governments use it to spread fear-based propaganda which convinces people to actually work against their own self-interest. Corporations have this science of behavioral modification, called advertising, often used to make people feel inadequate in their lives and desire some product the corporation is selling.

Not the prettiest picture, is it? But humans have expressed a deep dissatisfaction in the way things currently are and an interest in changing things for the better. Obvious areas for improvement include switching back to governments that really do represent the general population, and reducing corporate influence upon the populace. These two things go hand in hand, since efforts to reduce corporate control are often directly blocked by the government, and efforts to change government for the better are aggressively fought against by the corporations.

While this was an attempt to foster understanding of the current conditions of human beings on planet Earth, I'm not sure how well I've achieved that. To understand something it has to make sense in the first place, and I can't say the human world does that. There seems to be a type of collective insanity that has gripped the human race, and while most will deny this, they prove it with their self-destructive actions. However, the human Heart still remains pure, despite the poison in their minds. They still retain an amazing capacity for Love, compassion and forgiveness, which creates the potential for all of the problems I've outlined here to change in an instant.

I have a hard time finding anything even slightly un-true about this post. Thank you for sharing it <3

Thankyou Darryl.    Once remembering that we were all there before sound and light came into existence.  So therefore we are all travelers experiencing creation and we have been all.  Love and light and unity.  <3

There is nothing to prove.  Deep down within you, you already know who you are and were you have been in the universe.  Love, light and unity.

I would like to describe some of the places I've been on.

Like a guide for earthlings, on more advanced realms and civilizations. Just two places I've visited, from the infinite nature of creation.

There're truly magnificent civilization and places outhere, unfortunately, little we share with them.

Something you may notice once there, is that there isn't any kind of "work" There isn't this subtle way of slavery on the systems I've been on.

There's vocation in full expression. You don't need to "work" There isn't any form of currency. What you do, you do it because it makes you feel alive. Equal distribution for everyone. Because everyone is the One.

There's many other forms of art. Freedom and free will, painted all over the place. No system, not such thing as government. But free wisdom and knowledge like a radio you tune into. it's like a cosmic renaissance each day.

Everyone is a telepath. Everyone is free and equally accepted. They've already tuned into cosmic Source frequency, so they work all together, while still holding into each individual personality.

This hive-mind societies are prosper. Truly beautiful civilizations. Some of them look like Florencia from the future, artists expressing themselves on their balconies. New forms of art and music, manifesting in the very air. As they give new colors to the very clouds on the skies.

New inventions every day, always for the good of everyone.

People gracefully flies in all sort of manners, they're on their paths to master frequency. Highly advanced races, playing with cubes of golden light.

Other more advanced civilization, are similar to the ancient native americans. There's less architecture and buildings, they're highly tuned with the entirety of creation. They carry everything inside at this point.

The inner child inside each one of them, it's beautiful, so developed. They're loving and caring in wisdom. They live, love, dance and sing in cosmic frequency. Life runs deep within them.

They've almost mastered frequency into the 11th dimention. There isn't civilization anymore, their home is Creation itself. So they terraform nature with mind frecuency, into beautiful expressions of art. They're more like "Creation" themselves at this point.

Nobody fights, if there's negativity, they bring balance. They cry instead of yelling at each other. Then they smile, hugging each other in harmony. They would rather kill themselves, before hurting others.

And then, there's Earth. Yes. It's changing, but it has been rather painful to me. Now I know what it feels like to be human.

A quite negatively focused humanity.

A quite negatively focused ET.

Wasn't the most important detail left out? Over all this have been ruling the Occult, the Hierarchy (well, Hierarchies of light and darkness) and the Ascended Masters.

Though, Love in human hearts will bring us the great future, just follow it.

Valana commented on the blog post 'Message of Calming To American Voters and The US Republic'
"As one looks at the polices of Benjamin Disraeli, it seems that Donald Trump has studied British…"
9 minutes ago

Drekx Omega commented on the blog post 'Message of Calming To American Voters and The US Republic'
"Nicely put, Ivy....;-]"
2 hours ago

ET Hugger commented on the blog post 'Message of Calming To American Voters and The US Republic'
"Trump is quite popular in Europe, especially among younger men. But some people still seem to…"
2 hours ago

Drekx Omega commented on the blog post 'Message of Calming To American Voters and The US Republic'
"The great awakening is happening in hearts & minds, in all nations, globally....Dark…"
2 hours ago

Drekx Omega commented on the blog post 'Message of Calming To American Voters and The US Republic'
"It seems to depend on each person's awakening, rather than being "Europeans." Many…"
4 hours ago

Valana commented on the blog post 'Message of Calming To American Voters and The US Republic'
"Drekx, are the Europeans seeing through the fake news as you do, or are they buying into it? "
4 hours ago