Hello! Today I started thinking about this subject and I cannot seem to find the answer. While I know there is many aspects why we feel a need of control I want to know the underlying factor!

I understand it can be a broad topic. To know things can be born from curiousity instead of vulnerability.

When do you feel that you have no control, and have a need to win it back? For me is exposing my weaknesses and seeing how they can be used against me.

Read more…
Started by James McConnell in Spirituality In General, Channeling and Channeled Messages, and Ascension and Awakening
0 Replies
Views: 1013

Read more…
Started by James McConnell in Spirituality In General, Channeling and Channeled Messages, and Ascension and Awakening
0 Replies
Views: 517 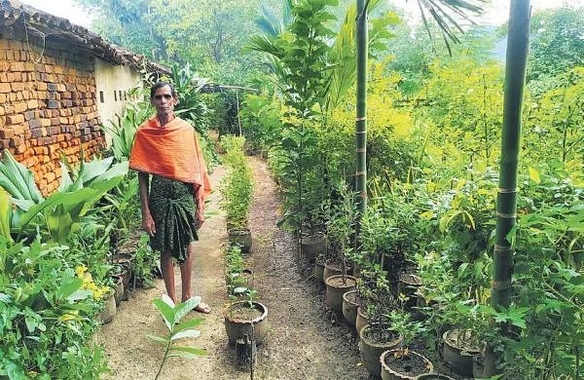 The garden developed by the 65-year-old villager boasts of a wide range of 3,000 medicinal plants and Sahu has grown all of it over only 1.5 acre of land behind his house.Juggling between the roles of a farmer and a traditional healer, Sahu has been…
See More

"Get fresh at the weekend! 😎

"For the Lightworkers! There is no shadow without light.
https://youtu.be/Tf6LFcgsGyw"

"I once dreamed of this ship. The crew waved at me and then took off. The people there looked like my family members. I saw the starry sky above them. The starry sky looked like the Plejardes star system. This Spaceship looks like a Cigar.
The…"

"I heard NATO is in for a surprise on the anniversary of the special military operation!
I can imagine Russia is about to spill the beans on the bio labs in the Ukraine, but we'll see :)"
More…
Loading ...

Greetings! From heart to heart in this moment we speak, I am Kejraj. The information…

After the Pentagon claimed there was a…

Here’s a NASA video from…