Transcending Duality | How To Read Our Messages - The Galactic Free Press 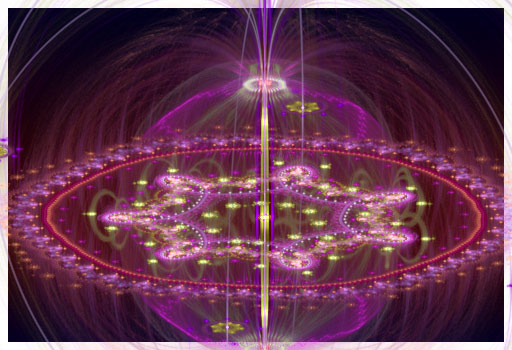 With everything I write, I try to go beyond dualistic thought altogether. It's a rather challenging thing to do, as I'm limited by a dualistic language. It seems I'm doing a decent job at this though, because I've noticed an interesting thing with people's reactions to my writings. Some people believe I'm being negative, while others see my writings as positive. Let me go into an example:

I wrote about forgiveness previously, and while I mentioned how wonderfully healing forgiveness is and encouraged it, I also mentioned it's an illusion (if you don't judge someone as having wronged you, what is there to forgive?). Well some people took this as me saying forgiveness is a "bad thing", which is not what I said, nor is it how I view forgiveness.

It seems people want to define the things in their life as either being "good" or "bad", and  they're looking for spiritual messages to assist with this. Yikes! Reality doesn't fit very well into the narrow confines of duality. We certainly don't encourage people to judge everything in their lives as either "good or bad". I posted this story a few days ago on our site, and it directly applies to what I'm talking about here:

There was once an old farmer whose horse had run away. When the people of his village heard, they came to his house to show their sympathy. The villagers said, "What bad news!" and the old farmer simply shrugged and said, "Maybe."

The old man's son went out to look for the horse the next day, and found it playing with two wild horses. He managed to capture all three and bring them back home. The villagers came again saying, "What good news!" and the old farmer simply shrugged and said, "Maybe."

The next day the old man's son was trying to tame one of the wild horses, and he fell off the horse and broke his leg. Again, the villagers came saying, "What bad news!" and the old farmer simply shrugged and said, "Maybe."

The following day, the military came and conscripted all the young men of the village except for the old man's son because of his injury. The villagers came again saying, "What good news!" and the old farmer simply shrugged and said, "Maybe."

When you don't see the whole picture, you don't know how something is going to turn out. What seems like such a horrible thing one day may turn out to be a blessing in disguise the next. I wouldn't be so quick to judge, or even better, I would give up judgment altogether.

Did you see what I just did? Did you catch the illusion in what I just said? I used an extremely dualistic term, "better". So many people go around judging themselves, others, and everything else as being "better" or "worse". Not only is this type of thinking responsible for self-hatred, but it can also create arrogance and pride too. Such dualistic thinking is very "bad".

When I use dualistic terms, I make a pretty big assumption about the person reading this. I assume the person is searching for Peace and Love in their Life. I assume they want to get closer to God. If that's the case, then it is "better" to give up judgment. Dualistic thinking is a "bad thing" for those who want to discover God Within. Sure, it's self-contradictory, but how else to express non-dual thought within a dualistic language? All I can do is be very specific about what I mean and hope the other person understands. That which gets us closer to God is "good", that which leads us away is "bad".

One of my goals with what I write is to look at things holistically. I don't just focus upon one "side" of something, I try to go beyond that altogether. I don't want the reader to just believe something because I say it, how boring that would be! It would also be ridiculously disrespectful of your own Divinity. Some people want that though, they want some "authority" to tell them what's good and what's bad. I just want you to be aware, and make your own choices. New choices based upon your own expanding awareness. New expressions of the wonder you find within yourself.

Roberto Durante commented on the blog post 'NEW BANKING SCANDAL HITS'
"they are not banker, they all are bankster"
8 hours ago