The failure of recognition-- Ascension

It has become a poloraized buzz word... as if by magic some people "get it" and others don't.

Ascension is not automatic-- it is an opportunity which has arisen and now is a very posative time and energy flow to  make rapid progress.

It takes work and it also takes grace...

It takes a posative and loving not a negative and belligerant attitude.

No one will force any one to ascend its voluntary....

but once it becomes so obvious how beautiful and free it is everyone will be eager for it.

The work is your work

the work that you have created for yourself

in the circle that has been traced for you by the universal order.

Alchemy takes time and being too hasty can lead to an explosion..

the ingrediants need to be gradually heated up----

and combined at the right ratio and purity.... 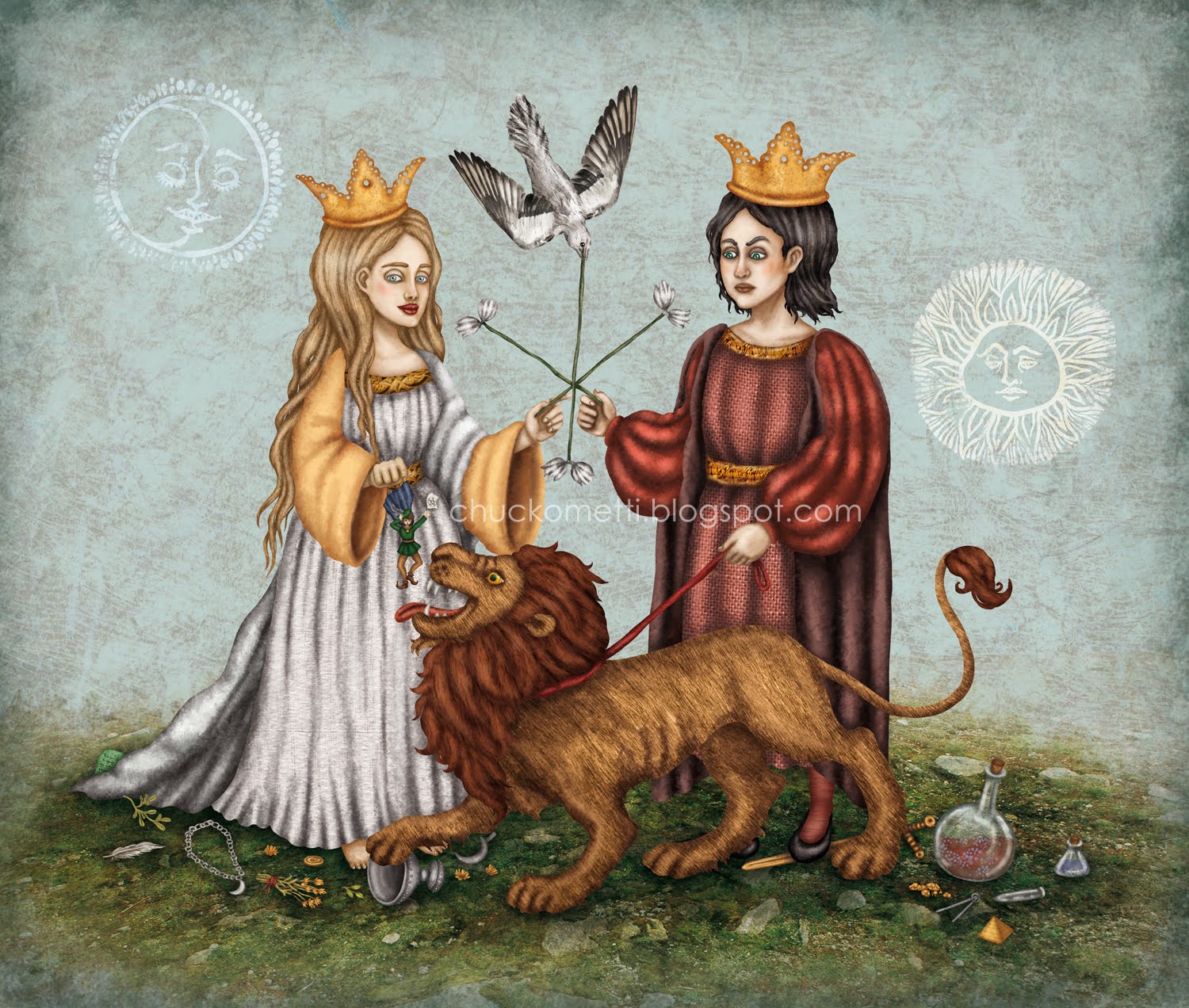 this is called the ground luminsoity......

the cdawning of the clear light..

and then the sun comes over the horizon and you enter into the chonyid the pardo of dharmatah..

all the colors appear in their full brilliance and its like the fourth of July....

For a moment you are suppose to prepare yourself to recognize.

the sun rise the sunset

its an entire incarnation every day..

When is the time to ascend???

Now is the time --- make the connection--

Ascension is also not instant. Its a gradual process. I hope the people who are disappointed will come to see this now. I know they will in time at least.

When people abandon expectation, they abandon fear, and instead trust in the great plan. This time is a great window of opportunity, not a deadline we've all missed.

Everything happens for a reason! A new beginning... :)

The problem lies in the vague explanations from spiritual teachings and channeled sources. Because they themselves explain different outcomes - or admit to not knowing what will happen.

Due to this some people who are still operating from ego attach themselves to this outcome: Usually due to some kind of savior/savior mechanism. That the teaching they have emotionally attached to, espouses.

2) The other approach is the long haul approach, the gradual change of our bodies and most importantly, the gradual regaining of our full spiritual nature. This second approach is favored by people not too trusting of the New Age channeled sources and who are more into earth based spirituality (ie the working on ourselves, usually through the eastern spiritual teachings or inspired by them). And who have specifically worked on disciplining their ego mind.

So, this form of change, this second form of ascension, confronts the people with the fact that they cannot escape their circumstances as characters do in a cartoon (as well as the ones they've constructed in their minds), but that they have to take life into their own hands and master it/master themselves. And that their ascension may occur once they've passed away, or after the environment and person themselves have reached a sufficiently high enough vibration that movement between realities is possible at will.

^ For many reasons this is not what many want to hear and they would really like to just disappear into a higher reality at the snap of their fingers. Some teachings say that this is actually possible, but that most, if not all, humanity today is not capable of doing this anymore, due to the damaged conditions we live in, which influence us far too negatively to hold that kind of power in 3rd density. (at least for the overwhelming majority of us, there might actually be a couple of examples of ascension, but of course no proof remains behind)

This is of course where the savior approach, from reason 1 comes in. Whether it is being whisked away by a friendly ET or put in a chamber and boom you're an ascended superman.

Lori, it is such a joy to see things unfolding and progressing for you so beautifully! I share in your joy!

I think too many people put all their eggs in one basket... they need to spread them out, have a little fun!! lol & to those people who continue with negative attitudes all the meanwhile, it will be like this for them... because they resisting the flow...they resist... so they cannot persist... Regarding planet Earth, the Law of One states that after she has moved into 4th density the 3d density plane which we currently inhabit will cease to excist. Therefore even those souls that have not chosen to "graduate" or be compatible with the 4th density will start to incarnate at other planets in the future which suits their need for evolution.

So basicly everyone is where they chose to be. Ascension is a gradual process in my eyes now and the Law of One stated that it could take 100-700 of our years to reach if I got that right. Which would mean we had to die at least once and get a new body here which is probably more updated to be compatible with the 4th density then the one we just lost.

It's another interesting way to look at it, I'm not saying "this is it".

Yes there is a whole other kind of transition I've not seen people on this website discuss, ever. Perhaps because it has to do with this more gradual transition.

It's one where majority of the 3rd density souls, (who will not be ascending will die off, either due to old age or sickness). As it will start becoming extremely difficult to remain on a 4th density positive planet for 3rd density souls and this too will contribute to their dieing off sooner - and reincarnating on those other planets to continue their 3d journey. The way this actually looks as a big picture, is that at least half or more of the world's population will die off. Apparently, over 50% of this planet's population are young souls, who are still at either early to mid to late 3rd density level of consciousness. So they of course can't graduate right now, none of them have reached the necessary threshold.

However, the indigos and crystal children are already 4th density/green ray activated, which means that they have no problem remaining on the Earth. Those who are of the older generations and who have graduated will live out their life, alongside their more capable indigos/crystals. And when they die, they can then choose to take on a 4th density body or remain as a soul. That's of course if this gradual transition takes place. I have no idea how that works with what other sources say already exists at the 4th density plane. Cities of light and so on. Perhaps some kind of merging. Many sources say, that Earth is choosing to completely close off its 3rd density sphere, so that there will be no planet at this level of reality anymore.

This whole scenario of course doesn't sound as neat and jolly as the one fashionable here, where many people prefer that everyone will or should ascend right now. It paints a more individualist picture, a less communal experience if you will. One where you will see many of your loved ones and friends die off as you continue to build the new Earth. Where only the ascended people remain. Wanderers/Starseeds in this scenario will either complete their life on Earth and then when they die, go back home or if the ETs finally show up, perhaps that will change that and bring about a quicker homecoming.

You know what else, due to the inherent modifiability of physical matter in 4th den, you don't really need any conventional technology to help your body out. You can morph it to your taste. And many people will do exactly that, that's one of the first things they do.

sandra replied to the discussion 'WARNING ..Important Message From Extraterrestrials...SAY NO TO TEMPERATURE MEASURING GUNS AND NO TO MASKS'
"The 5G thing is part of the so-called Blue Beam Project that belongs to Iluminati.As long as we…"
17 minutes ago

This is a group to help each other with our healing, spiritual growth & ascension by sharing…See More
1 hour ago
148 Comments 5 Likes

In this group we can share information about oure loving Commander Ashtar. Share photo's or…See More
1 hour ago
2 Comments 2 Likes

Dr. SohiniBen Shukla commented on the blog post 'THE FEDERATION OF LIGHT TALKS ABOUT THE PILLAR OF LIGHT IN NYC, through BLOSSOM GOODCHILD'
"Dear amparo, This is somethig unusual... But I think is a good sign. Sohini"
2 hours ago

Dr. SohiniBen Shukla liked amparo alvarez's blog post THE FEDERATION OF LIGHT TALKS ABOUT THE PILLAR OF LIGHT IN NYC, through BLOSSOM GOODCHILD
2 hours ago