Russia Breaks Huge Story: ISIS is Supported by the U.S. and Nato Allies 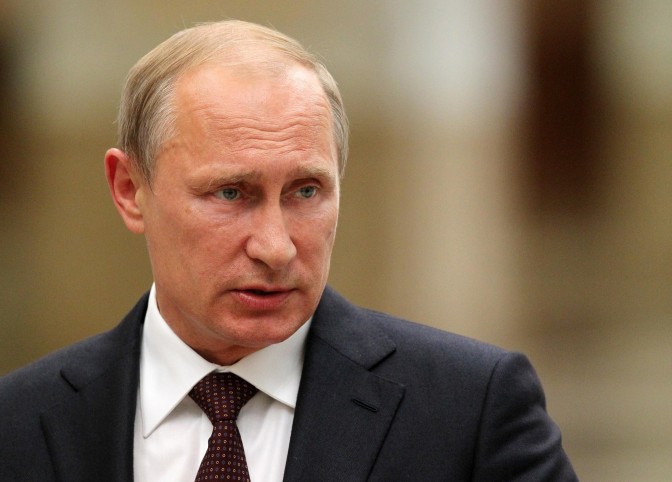 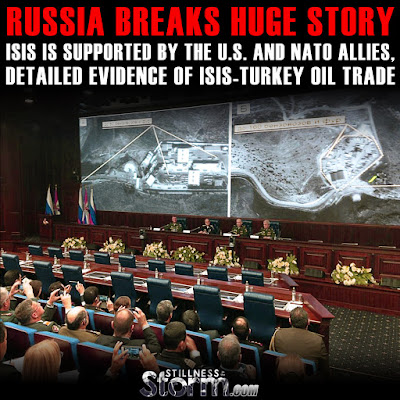 It’s well known in awakening circles that the terrorist group known as ISIS or ISIL is an American financed and led organization. This was conclusively demonstrated in a recent full length investigation by David Wilcock which you can read here.

Recently, Russia held a ground breaking press conference presenting even more evidence ISIL is being funded by oil production in Turkey and else where. Further, that military forces in countries presently fighting ISIL have said that they could defeat the terrorist group if it were not for the support of the US and it’s allies. In other words, the biggest hurdle to defeating ISIL is the US.

This is a damning indictment for the false war on terror propagandized in western media. It’s even being reported covertly by some mainstream outlets such as News Week:

Russia’s defense ministry on Wednesday accused Turkish President Tayyip Recep Erdogan and his family of being involved in the Islamic State militant group’s (ISIS) illegal oil trade, as the war of words between Moscow and Ankara continues over Turkey’s downing of a Russian warplanenear the Syrian border in November.

“The main consumer of this oil stolen from its legitimate owners, Syria and Iraq, is Turkey,” Deputy Defense Minister Anatoly Antonov told journalists in Moscow, AFP news agency reported. “According to available information, the highest level of the political leadership of the country, President Erdogan and his family, are involved in this criminal business.” – News Week

This is a huge development which needs to go viral so as to help awaken those duped into thinking the war on terror is a legitimate effort.

READ MUCH MORE IN DETAIL @ https://www.newearth.media/russia-breaks-huge-story-isis-is-support...

Right.  It's always some sort of a PSYOP.

Alan liked amparo alvarez's blog post ASHTAR: BE IN, AND BECOME, YOUR STILL POINT by DAVEY
2 hours ago

Alan commented on the blog post 'THE 9D ARCTURIAN COUNCIL - HUMANITY WAS SET UP TO FAIL, BUT YOU WON'T'
"I too have enjoyed this informative connection with you of the Arcturian Council, I appreciate the…"
3 hours ago

Alan liked amparo alvarez's blog post THE 9D ARCTURIAN COUNCIL - HUMANITY WAS SET UP TO FAIL, BUT YOU WON'T
3 hours ago

Pet Rock replied to the discussion 'BREAKING: Thousands of guillotines pre-positioned across America for left-wing terrorists to execute conservatives, Christians and Whites in the unfolding CIVIL WAR'
"militias are forming out in the countyside"
4 hours ago