There's a lot to be said for beauty. It comes in all forms, and generally is something admirable, endearing or special.

when it comes to defending beauty, I've noticed that not a lot of people believe in its defense. As a whole, Terra, Gaia, Earth, and her inhabitants are beautiful.

As we're waking up and ascending to higher vibrations, one thing has become ever clearer to me. The polar vibration between love and fear. Connected people and disconnected or isolated people who practice similar or indifferent ideals. And they do this, in the notion of loyalty, defense and admiration for the things that they respect. Not all of which, are beautiful or admired by everyone.

It's time to start asking a hard question. If it's left unsaid, it could alter the ascension process because of non intervention in the timeline of this planet.

Has free will altered the nature and destiny of humans? To be frank, I seek not to take it away, but to enhance it by defending all the things humans enjoy. While getting rid of all the suffering caused by exacerbating some key issues left unattended to.

Specifically, I'm referring to the possible setup of conscious activism. It's one thing to protest, but it's another to make a planned act go as far as it can to as close of a change being held accountable as possible to really feel the difference that it can make. I'm referring to a movement which could be known as conscious militia or terrorism groups.

We've seen them transform and pop up all over the place. From violent passion resulting in spilled blood and losses of life. To one sided communications resulting in dictatorship like rules and regulations. Such that one person cannot seemingly fight on their own.

This isn't a numbers game, so much as it's a planned blind spot where ignorance really can reign supreme and sublime. Conscious enforcement protective measures have one purpose. To drastically alter closed potential timelines to open them up and transform their status to sovereignty, peace and love without limits, attacks and imbalances. Caused by constraints that occur where a change was made at the wrong place or time, overlooking effected areas long term, such measures enforce specifically, the right to reverse problematic objective conditions and restore access to any alternative solution that is both harmless and non detramental to the right to live through harmonious diversity.

At the rate of cause and effect entropy has created, now is not the time to do nothing about the state of affairs where the side effects an attempted global reset has impacted most severely. Patience is a virtue, only if the handling of any delay in the result you are looking for justifies the reason for a cure for such an interference to actively exist. The question remains. Is Corona Virus just something that caught humans unaware? Or is it an excuse for an agenda to be pushed forward with dictatorship transfering hands like a failed company to someone in control of all wealth through health.

We need to be ready in case that eventuallity comes to pass before there is no reason for it to do so. This need must strike the empty space where care can blossom into being and enforce its effect to enact unity through vision, not division by principle. Everything connects together. In order for our relativity to build a map of an active nation instead of a library of inhabitable and abandonned ghost towns. Staying informed, and being someone to make a difference can be key in the face of its absense with only a lock to speak of that we are hiding behind.

No more shall we see this world get worse before healing from the problems we as people face when we blindly trust a monetary and impartial system to lead us. The conscious movement is here to stay, and it will only become more apparent as we continue to become aware of who we are through soular resonance.

I love you, and I love life. Beauty to me defends this by principle. So two does conscious reality. In its defense, I wonder if there's a way we can bring this into being somehow through direct physical activism. 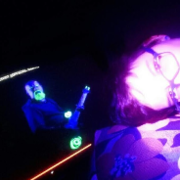 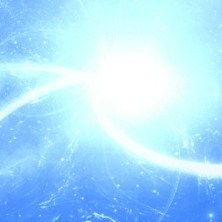 It comes from the way democrats differ…"
More…
Loading ...