Interstellar sources are communicating that cosmic shift is accelerating, and the whole universe is going through a phase transition into the new cosmic cycle. So what we are about to experience is not only the Galactic Super-Wave, but a Cosmic Shift on the scale never experienced since the creation of the universe.

The Galactic Central sun is becoming more active even at subliminal speeds, as the signal of the previous galactic super-wave traveling with the speed of Light is perfectly entrained with the new one that is coming extremely soon:

This is already creating big changes in our Solar system. The Cosmic Central race has created a multidimensional flower of life grid throughout the Solar system that extends from lunar obit outwards to the heliopause. This grid will serve as transmission buffer for the coming superwave.

In their last ditch effort to prevent the shift, the Chimera group have filled the Solar system with as much anomaly and darkness as possible from early 2017 to January 21st, 2019.

Since 2012, the Chimera was leading a strong war against the Resistance and actually managed to fool the Resistance a few times by arranging leaks of incorrect intel to them. For example, the Resistance was scanning the Solar system for any remaining Chimera ships and found none, when in fact those ships were hiding in Hyper-dimensional Wormholes and later staged massive surprise attacks.

This dis-info campaign has a few times lead to some inconsistencies that were posted on this blog. Yet I need to say that Resistance was releasing true Intel to best of their understanding and ability, and overall most of Intel they have released is valid and correct.

Now Resistance is recovering from all those attacks and a new reinforcement of 50 million new members has arrived from Kuiper belt into the underground network, membership now totaling 120 million. More reinforcements are expected to arrive soon as we come closer to the shift.

The Chimera has realized that they have lost the Solar system and are now concentrated on defending planet Earth and sublunar space as their last fortress.

The plan of Chimera is now to spin limited disclosure into a fake Draco alien invasion that would use TR3-B spacecraft attacking the surface of the planet and the Cabal using the US Space Command as defense against the TR3-B fleet:

In the ensuing chaos, the Jesuits would crash the financial system and implement an AI dystopian surface civilization, similar to what was existing throughout the Solar system in many colonies:

Introduction of smartphones was part of the Chimera’s plan to alienate humanity and entrap them in the dark spider web of technological dystopia:

The robots that would control humanity are already being developed:

The Jesuit plan for the global collapse and the new crypto financial system is also proceeding:

In the last few weeks, certain key positive developments have happened that have effectively stopped this Chimera-Jesuit plan and it will NOT be successful.

Many sources are predicting the bankruptcy of a major bank such as Goldman Sachs or Deutsche Bank in October:

Cosmic Central race is claiming that the Light forces can handle the collapse situation and that plans are in place which can not be discussed.

The Resistance has communicated that major volatility is expected in the financial system in October, but not yet the systemic collapse.

The systemic collapse is actually the collapse of the debt-slavery bubble and is planned to coincide with the timing of the Event:

Many countries are already preparing their distribution chains for the Event:

The Light Forces have asked to step up the frequency of Flower of Life meditation to every 4 hours in order to stabilize the planetary situation, for those that feel guided to participate:

Light Forces have also communicated that as much Goddess energy as possible should be anchored in the planetary energy grid to stabilize the situation:

Atargatis is a mermaid Goddess that came from Sirius star system and landed in an egg shaped craft on the bank of Euphrates river many millennia ago:

Her archetype was later distorted by the Cabal, but her original energy is one of the key energies for peaceful transition into the post- Event society.

In current distorted culture, a fresh perspective on sexual energy is needed:

For example foot fetish, judged by many, is actually a past life memory of Goddess worship: 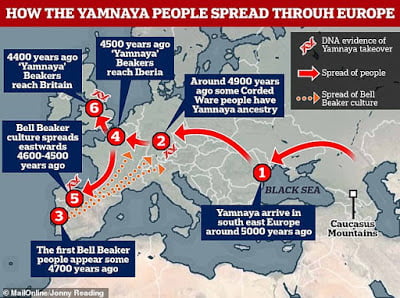 Archeologists have finally released proof of the first Archon invasion:

Soon, a new Cobra interview will be published online. You can send your questions which will be answered in that interview, to info@truthisout.net .

And at the end, a cryptic message for those who understand:

This could be the big Event that we have been waiting for. I can't say if its all true but it does jive with all that is going on, both in the world and the Cosmo. I have been posting Cobra here for many years now and most of there sources has proven correct. I believe in Cobra and the Alliance and the Big Event. This could be the big one that we have been waiting for even if we don't wont to go through it, we must-if we wish to brake free of the Cabal-Deepstate and get to the New Earth.in the higher dimensions.

In fact this whole Dimension shift known as Ascension has never happened before in this Universe but it must if we want to be free as God our Father Created us, to be Free is his Divine Dis-ire and we are his children. And the Lucifer Rebellion will be no more. We are one ! Adonai

Read more…
Started by James McConnell in Spirituality In General, Channeling and Channeled Messages, and Ascension and Awakening
0 Replies
Views: 351

Read more…
Started by James McConnell in Spirituality In General, Channeling and Channeled Messages, and Ascension and Awakening
0 Replies
Views: 224

Conflicts as part of…