By now all should know that the voting system is corrupt in America ..just as corrupt as the leaders, the government, NASA to name a few.
Now watch Americas downfall under a incompetent leader.

Yes, we will go down even further.  Just more of the same.

yes even if a state is divided evenly by the voters and one team wins by a slight margin, the WHOLE state is counted for the winner.

this is a flawed system indeed.

Permalink Reply by Krishna Kalki on November 7, 2012 at 7:24pm
Americans should form self sustainable Eco friendly communities and keep away from corrupt politics, corrupt places of worship and corrupt financial systems.
Form strong communities and live your lives in peace and harmony.
Keep away from the coast and zones that are threatening.
Move to Mt Shasta, Arizona, and Sedona.
This is what I would do if I lived in America

Permalink Reply by Krishna Kalki on November 7, 2012 at 8:14pm
What O-Bum-Ah promised to do 4 years ago he will repeat the same that he failed to do and now make it even more worse

Permalink Reply by Krishna Kalki on November 7, 2012 at 8:37pm
True his leadership will be short lived.

Permalink Reply by Krishna Kalki on November 7, 2012 at 8:46pm
The whole world knows about the corrupt voting system in America and those who call Obama a LIGHTWORKER will see America bite the dust under him.. They say if you give a fool an inch of authority the fool will take the lot.. The incompetent fool should not even be near Whitehouse.
Recently added to Americas problems is.. Where is the Gold that belongs to Germany.. I hate to think what the Germans will do to America

There was once a time when America feared what Germany might do to them and any other foe....The Germans will not remain compliant indefinately, if the gold is kept from them...

entire system is a fraud , especially when you have only 2 parties to choose.

but no worries, the end to this comedy is coming.

They are more than 2 parties to choose but no one is even aware of this because only the democrat and the republican candidates are present on the debates. Why? Because of money! Because of sponsorship! Really? Is this what our government has come down to? If you don't have enough money,you can't be on the debate. How will the people ever get to hear about the other parties views? Most people have no idea about the two other parties because of television. The television is sponsored by democrats and republicans.Its complete b*******.

It is just so sad because  Americans think they are the most free,the most educated,the most intelligent and  most wise people on the planet. It is the opposite however. This empire is most likely the most fooled empire on the history of the planet. The elite knows what worked and what did not work in the past. With the power of media,schools and technology they use reverse psychology to control the masses.

The prophecies say that the last president of the United States will be black. Let us rejoice because everything goes according to the approved plan.

“America, As A Consequence, Will Never Ever Again Be The Same. America Will Now Get Four More Years Of The Same But Only Worse, & Far More Worse, Than Their Ability To Think Or Contemplate Ever Surmised.” 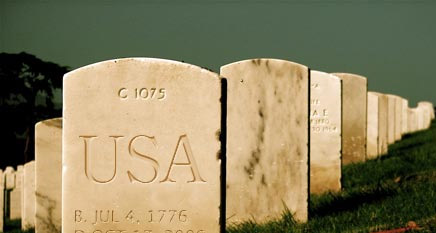 Tonight, this Country’s Special Interest Groups, by a narrow margin, decided that their own self- interests were more important than that of the Country’s and in so stating said: to hell with the Country as long as the Feds and Obama provide me with more continued Free-Bee’s.

Every group created and expanded over time & routinely, thanks to this Federal Government & it’s various entitlement departments and agencies, as we have stated, became the end result that decided our end.

America, as a consequence, WILL NEVER EVER AGAIN BE THE SAME.

It will now accelerate its Downhill Slide into oblivion.

Higher taxes, further retarded approaches to basic and fundamental policies including energy and foreign policy, will make America a second rate power totally dependent upon a Socialist mechanism in which Obama and Company will destroy the remaining bulwarks of our Constitutional basis.

They will rule, as mentioned, via Executive Fiat and the ultimate result I fear, will be an eventual Civil War.

More from the Middle Class and what’s left of it, to pay for those who simply WANT, via a Redistribution Policy cloaked in a Political Policy of Transformation, will require more and will take more until the inevitability of the Founders’ predictions regarding the Enemy from Within is realized from which the only recourse will be that as described above & undertaken.

Obama won simply because those States that emulated the Federal Demagoguery of entitlement, provided the impetus that carried this ‘man’ to yet another ominous term in which his lies and transgressions will be realized.

The blind and decapitated in this Country are clearly running it.

The Country is screwed as a result & because of that which THEY HAVE CREATED over these decades.

The so-called ‘BattleGround’ States were won via several counties within each who command a high population of People’s who BENEFIT from Federal hand-outs in one form or another.

Thus, those few counties containing large areas of per capita residency, overwhelmed the remainder of their States giving it to Obama while Three-Fourths of the remaining area of those States voted AGAINST OBAMA.

These are the type of Demographics WE have been warning YOU of.

They have been DELIBERATELY created as part of a larger plan relating to an Ideology that was put in earnest play beginning in the 1960’s but whose roots can be traced back to April, 1865 as we have asserted.

Tomorrow, YOU can look at the map and the various counties within Each State that will support this claim.

It is entirely possible that Romney will win the Popular vote but lose the Electoral Vote thanks to this Federal Government’s creation of homogenized locations across this Country in which general welfare in one form or another is freely distributed from the backs of tax-paying Americans.

America will NOW get FOUR MORE YEARS OF THE SAME but ONLY WORSE, and far more WORSE, than their ability to think or contemplate ever surmised.

The welfare lines will grow larger as will the arrogance and impunity of those who shared a mutual hand in this Country’s destruction and for No OTHER REASON THAN THE same 30 pieces of silver Judas received when he sold out Christ.

And in the end, America will hang itself just as he…. in order NOT TO FACE THE REALITY OF WHAT EACH HAD DONE.

In closing, I will say to one and all and perhaps for the LAST TIME this: this country must separate. There are TWO clearly distinct and opposite Ideologies in play and this most basic and elementary fact can NO longer be denied or swept under the rug any longer with the mundane excuses provided us by this Federal Oligarchy in Power.

Yes Folks, WE Confederates Told YOU So, but HALF of this Country has decided to buy the Snake Oil that the Other Half will Now have to Produce & Pay For….Simply to keep the other half in their comfort to which they have become accustomed… thanks to a Central State that 150 Years ago changed the Direction in which we were to have gone.

It was once- ALL for One and One for ALL- but NEVER ALL for Some and NONE for ALL!

Y’all have bought the Farm and in so doing, Lost Everything YOU Ever Had.

God will Now make His decision I am most sure.

Drekx Omega replied to the discussion 'Russia Celebrates Victory Day Over Fascist Evil...2016'
"The Russia theory as to why Populism is popular, everywhere..? LOL"
39 minutes ago

Valana replied to the discussion 'tHE REVELATOR SPEAKS ON "HOW TO RECOGNIZE FALSE CHRISTS:' in the group Cmdr. Val Thor: LIVE
"The words of the Revelator have now been posted."
3 hours ago

rev.joshua skirvin commented on the blog post 'U.S. Air Force Pilot Exposes Top Secret Chemtrail Program — It’s Called ‘Operation Indigo Skyfold’ February 20, 2020 by Derek Knauss'
"So its mostly the US Air Force that has been spraying us with deadly Poison sense Oct.1998, and now…"
7 hours ago