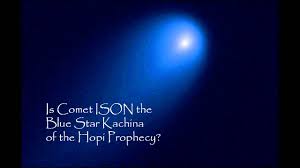 Views: 3500
E-mail me when people leave their comments –
Follow

First Previous of 3 Next
This reply was deleted.

"Hot off the press, just uploaded by the intrepid Elina, her vlog trip to an amazing place, in northern Russia's Komi republic, named "Manpupuner..." She managed to make the trip by car and on snowmobile, with guide and a bunch of Italian tourists,…"

"yesterday a hearing on UFO's was held in the Brazilian Senate - stay tuned I will update you with reports as they arrive :)
https://icer.network/2022/06/16/senate-hearings-on-ufos-in-brazil/"

"The bad guys don’t want money. They want to be in control of this planet and the people. Everything is used by them to stay in control: money, politics, religion, Corona, schools, universities, the media and war…"

"If anyone is interested in writing a blog about 💰💵💶💷👑 I will be reading it. I try to make sense of crypto. But haven’t done anything with it yet."

"The global, western central bank, financial system, continues to implode and another timely reminder for my friends here, to make that move away from fiat currency, into gold, silver and/or (decentralised) bitcoin...
Bitcoin is very technical and…"
More…
Loading ...