(Stillness in the Storm Editor) Benjamin Fulford’s report from October 26th, 2020 has been updated. Click here to read the full report. This post serves as a notice that the original has been updated. Scroll down to where it says:

Mass deaths in the rest of the world were prevented after the Japanese confirmed what the NSA warned us about, that 5G is a killer.  The fact that the 5G rollout was paused in most of the world has saved countless lives and the executives of the telecommunications firms involved are being systematically hunted down and killed.

Related The Pentagon and 5g

Of course, the purpose of this entire operation is to protect the “Rothschild family’s FIAT Currency and Country Debt Money Laundering and Stealth State Capture operations of the Khazarian Mafia,” MI6 confirms.

We note that Japanese Prime Minister Yoshihide Suga will be among those executed because he is trying to pass a law protecting pharmacidical companies from liability if their planned vaccines cause injury.  Since there is no need for a vaccine against what is an electromagnetic attack, Suga has publicly admitted guilt.

The sources also say Israeli Prime Minister and mass-murderer Benjamin Netanyahu has been executed.  They add “the death toll in Israel has now exceeded 2300.”  We have been unable to independently confirm this but, we did note an attempt to anoint Netanyahu’s son Yair as his heir designate.  https://www.jpost.com/israel-news/politics-and-diplomacy/yair-netanyahu-the-rise-of-the-son-646566

There is also major trouble brewing in the Israeli colony of Saudi Arabia.  Saudi’s oil revenue and non-oil revenue fell by over 70% in the first half of this year.  This means the 2016 prediction by Saudi deputy economy minister Mohamed Al Tuwaijri is coming true:

“If we [Saudi Arabia] don’t take any reform measures, and if the global economy stays the same, then we’re doomed to bankruptcy in three to four years.” https://www.zerohedge.com/geopolitical/saudi-arabia-suffering-consequences-its-failed-oil-price-war

Book The American House of Saud: The Secret Petrodollar Connection

Low oil prices are a boon for China and India but spell trouble for the big oil families like the Rockefellers.  That is why we are certain to see increased attempts to raise the price of oil by fomenting war in the Middle East.  Already, we note fires and explosions at an Iranian petrochemical plant, a typical Rockefeller strategy. https://www.rt.com/news/504394-fire-explosion-iran-petrochemicals-plant/

In South America meanwhile, the attempt by Elon Musk to steal Bolivia’s lithium resources has failed miserably. What these people are fighting to avoid is hydrogen fuel with its exponentially greater driving range per kilogram of fuel versus battery onboard weight. https://www.commondreams.org/news/2020/10/19/democracy-has-won-year-after-right-wing-coup-against-evo-morales-socialist-luis-arce

Getting back to the U.S., we note increasing signs of the civil war there is intensifying.  For example, a reader in Texas sent us a report that Walmarts in Texas, Arizona, and California had been closed and not because they were fixing “plumbing issues.”  Instead, a “friend connected to construction,” reported they were building underground facilities.

She said, “the Chinese arrived Aug 1 and are housed in these sites.”  In the case of a Walmart in Midland, Texas, after the local sheriff “died unexpectedly in his sleep, we have had dozens of brothels popping up.  The Chinese opened a nail salon where the money is laundered.”

Pentagon sources say they are on the case noting that “After 2 weeks ‘quarantine’ because of COVID, the Joint Chiefs of Staff returned to work at pentagon with a bang, a 7.5 quake off Alaska.”  The sources note:

“Many deep underground bases from down under to Europe, Asia, and North America have been emptied of children, gold, diamonds, precious metals, treasures, documents and then destroyed, as military forces mop up defeated cabal minions who don’t even realize the war is over.”

There are many publicly available signs a secret war really is being waged.  For example, there have been 911 outages all across the United States, presumably meant to prevent local police from showing up during special operations.   https://krebsonsecurity.com/2020/09/whos-behind-mondays-14-state-911-outage/

We also note power is being cut off to over a million people in areas of California where big tech companies like Google are located.  These cut-offs of electricity happened after the Justice Department formally sued Google over monopolistic practices. https://www.foxbusiness.com/lifestyle/california-power-utility-1-million-cut-wildfires

We further note increasing public signs the Khazarian mafia is trying to negotiate a surrender.  This can be seen by the increasing calls on corporate media outlets for a South African style “truth and reconciliation.” 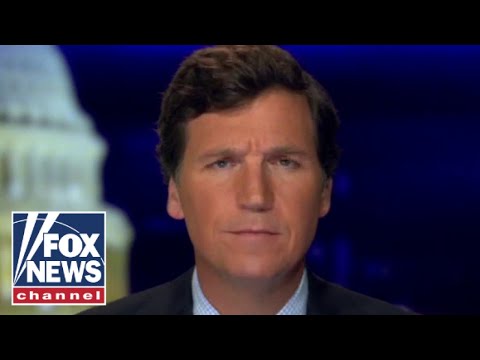 The increasing violence at the very tip of world power is also distracting us from increasing amounts of good news.  For example, a cure for Alzheimer’s has apparently been found. https://libin.ucalgary.ca/news/research-team-discovers-breakthrough-potential-prevent-reverse-alzheimers

If the WDS and its allies win this war (and we will), premature aging and childhood illnesses will become treatable.

On a final note, we hear from esoteric sources the blue full moon on Halloween will actually be pumpkin-colored.  If this turns out to be true, it will be a clear sign from the heavens.  If it doesn’t turn out to be true, it means we are on our own.  Either way, humanity will emerge victorious.

Stillness in the Storm Editor’s note: Did you find a spelling error or grammatical mistake? Send an email to corrections@stillnessinthestorm.com, with the error and suggested correction, along with the headline and url. Do you think this article needs an update? Or do you just have some feedback? Send us an email at sitsshow@gmail.com. Thank you for reading.

We need $2000 per month to pay our costs. Help us one time or recurring. (DONATE HERE)

To sign up for RSS updates, paste this link (https://stillnessinthestorm.com/feed/) into the search field of your preferred RSS Reader or Service (such as Feedly or gReader).

“It is the mark of an educated mind to be able to entertain a thought without accepting it.” – Aristotle

If you find our work of value, consider making a Contribution via Paypal, Patreon, or Cryptocurrencies.

Stillness in the Storm DISCLAIMER: All articles, videos, statements, claims, views and opinions that appear anywhere on this site, whether stated as theories or absolute facts, are always presented by Stillness in the Storm as unverified—and should be personally fact checked and discerned by you, the reader. Any opinions or statements herein presented are not necessarily promoted, endorsed, or agreed to by Stillness, those who work with Stillness, or those who read Stillness. Any belief or conclusion gleaned from content on this site is solely the responsibility of you the reader to substantiate, fact check, and no harm comes to you or those around you. And any actions taken by those who read material on this site is solely the responsibility of the acting party. You are encouraged to think carefully and do your own research. Nothing on this site is meant to be believed without question or personal appraisal.

Content Disclaimer: All content on this site marked with “source – [enter website name and url]” is not owned by Stillness in the Storm. All content on this site that is not originally written, created, or posted as original, is owned by the original content creators, who retain exclusive jurisdiction of all intellectual property rights. Any copyrighted material on this site was shared in good faith, under fair use or creative commons. Any request to remove copyrighted material will be honored, provided proof of ownership is rendered. Send takedown requests to feedback@stillnessinthestorm.com.

What is our mission? Why do we post what we do?

Our mission here is to curate (share) articles and information that we feel is important for the evolution of consciousness. Most of that information is written or produced by other people and organizations, which means it does not represent our views or opinions as managing staff of Stillness in the Storm. Some of the content is written by one of our writers and is clearly marked accordingly. Just because we share a CNN story that speaks badly about the President doesn’t mean we’re promoting anti-POTUS views. We’re reporting on the fact it was reported, and that this event is important for us to know so we can better contend with the challenges of gaining freedom and prosperity. Similarly, just because we share a pro/anti-[insert issue or topic] content, such as a pro-second amendment piece or an anti-military video doesn’t mean we endorse what is said. Again, information is shared on this site for the purpose of evolving consciousness. In our opinion, consciousness evolves through the process of accumulating knowledge of the truth and contemplating that knowledge to distill wisdom and improve life by discovering and incorporating holistic values. Thus, sharing information from many different sources, with many different perspectives is the best way to maximize evolution. What’s more, the mastery of mind and discernment doesn’t occur in a vacuum, it is much like the immune system, it needs regular exposure to new things to stay healthy and strong. If you have any questions as to our mission or methods please reach out to us at feedback@stillnessinthestorm.com.

Views: 21
E-mail me when people leave their comments –
Follow

"Dear Carolyn, did you like the old format better? I did but I had to change on my website and really liked the old better.
As far as surgeries, they went on as usual, no one was denied surgery that was scheduled as surgeons did not treat Covid…"

"Just remember when Covid appeared, the Flu mysteriously disappeared! Also remember that people who were not able to get operations and so forth, because of the lock down, have been getting sicker! Use your common sense! Fear is the greatest virus…"

"What happened to the other format of Ashtar Command?" 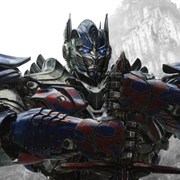