By Stillness in the Storm


(Zero Hedge) Update 2: Here we go – Dems have released the resolution containing the articles of impeachment.

Disclaimer: We post news to relay it to you, for your consideration. Similarly, just because a friend tells you that a news anchor had an opinion, like “the sky is falling” doesn’t mean you think your friend believes what the anchor said—they are just relaying it to you. Use the same logic with Stillness in the Storm. We’re sharing what we see out there, that does not mean we agree with it, we’re merely reporting on it. When we have an opinion, you’ll know, because it will be clearly marked.

Over the next week and a half, the Judiciary Committee will vote on the resolution, followed by the full House (assuming it makes it out of committee, which it almost certainly will).

After that, the Dems’ feeble attempt to drive Trump from the White House is expected to flounder and die in the Senate, but not before a world class political circus.

Buy Book Ball of Collusion: The Plot to Rig an Election and Destroy a Presidency

Update: In a press conference that was about as boring as we expected, most of the Democratic leadership in the House gathered Tuesday morning to announce the articles of impeachment against President Trump. The articles will likely include 2 charges, they said.

They are: Abuse of power and obstruction of Congress.

“The framers of the Constitution prescribed a clear remedy for presidents who so violate their oath of office,” said House Judiciary Committee Chairman Jerry Nadler. “No one, not even the president, is above the law.”

As the contents of the articles were announced, Intelligence Committee Chairman Adam Schiff alleged that the evidence against Trump was “overwhelming and uncontested” 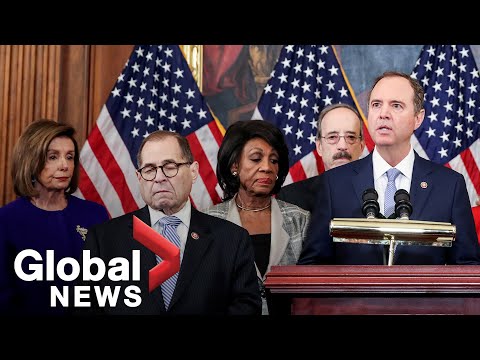 Nancy Pelosi is racing against the clock to deliver the ultimate stocking full of coal to President Trump – a holiday season impeachment. And as Democrats and Republicans on the House Judiciary Committee wrangle over the size and scope of the articles of impeachment, Bloomberg’s Congressional reporters (who are apparently still talking to high-level sources despite the impending demise of Bloomberg’s entire Washington bureau now that their namesake founder apparently has convinced himself he can win big on Super Tuesday) have brought us an update. 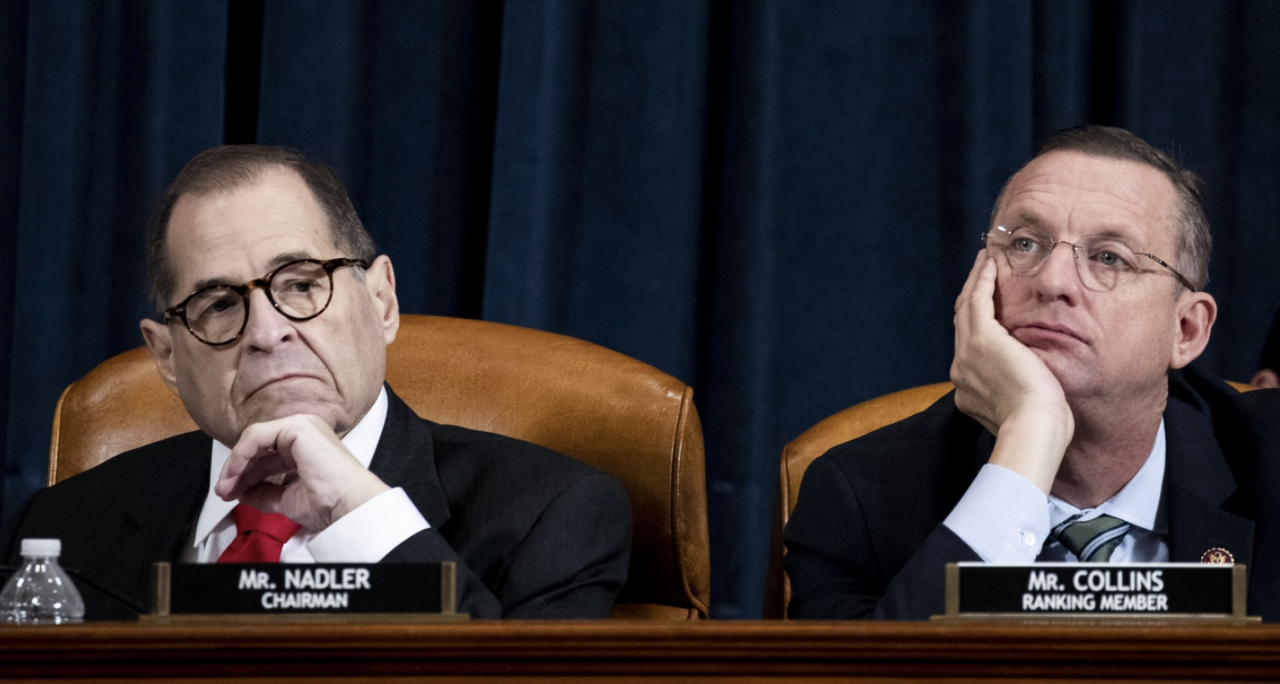 It appears that the articles of impeachment, which could be finalized by the end of this week and put to a vote next week before the start of Congress’s holiday recess, will include two independent articles focusing on abuse of power, and obstruction of Congress.

Committee leaders will reportedly unveil their next steps re: impeachment Tuesday morning at a 9 am press conference on Capitol Hill.

Buy Book Crisis of Character: A White House Secret Service Officer Discloses His Firsthand Experience with Hillary, Bill, and How They Operate

The announcement comes after a hearing where lawyers for Republicans and Democrats presenting their dueling interpretations of witness testimony from the past few weeks (no new information was brought to light on Monday).

Here’s the Democratic position, according to their lawyers…

“The evidence is overwhelming that the president abused his power” by trying to get Ukraine to help his prospects for re-election by announcing an investigation into a political rival, former Vice President Joe Biden,” said Barry Berke, counsel to House Judiciary Democrats.

He and Daniel Goldman, counsel for Democrats on the Intelligence Committee, also cited numerous instances of the Trump administration withholding documents and other evidence sought by Congress in connection with the Ukraine probe.

…and the Republican position.

The panel’s Republican counsel, Steve Castor, reiterated one of the chief defenses of the president that’s been put forward by Trump allies: “The impeachment inquiry’s record is riddled with hearsay, presumptions and speculation.”

He accused Democrats of pursuing an “artificial and arbitrary political deadline” to overturn the 2016 election and impeach Trump’s before the Christmas holiday.

Goldman detailed what he called four “critical” findings from the investigation, according to Dems. All of these points will likely feature prominently in the articles.

Buy Book The Great Pyramid: A Factory for Mono-Atomic Gold

Meanwhile, Republicans insist that the Dems’ impeachment drive was a waste of time because it doesn’t show abuse of power.

Castor accused Democrats of sustaining a months-long quest to find an issue on which to impeach Trump. After Mueller’s investigation didn’t deliver the results they wanted, he said Democrats now are focusing on Trump’s interactions with Ukraine, particularly his July 25 phone call with Ukrainian President Volodymyr Zelenskiy.

“The record in the Democrats’ impeachment inquiry does not show that President Trump abused the power of Congress or obstructed Congress,” Castor said. “To impeach a president who 63 million people voted for over eight lines in a call transcript is baloney.”

Unfortunately, the impeachment hearing blitz has done little to shift public opinion. Poll averages compiled by FiveThirtyEight and RealClear Politics show that Americans are evenly divided with roughly 47% to 48% supporting impeachment and 44% to 45% opposing. Some individual polls have found that more than eight in ten people say their minds are made up.

Though Nadler says he hasn’t yet made a final decision, it looks like evidence from the Mueller probe will be left out of the articles of impeachment by Democrats (probably not a bad idea).

Temet Nosce: Know Thyself and Thou Shall Know the Universe and the Gods

What can I say, we all knew that they would try this,but I don't think it will succeed but it will damage Trump for the 2020 elections, which is there real reason for doing this in the 1st place, time will tell,huh. Adonai

DemonOrca95 replied to the discussion 'The 'Secret Book of Alien Races' translated from Russian'
"I have an interesting story of my own regarding that book.A couple of years ago, a close friend of…"
1 hour ago

Krishna Kalki replied to the discussion 'Rainbow Eucalyptus: The Most Amazing And A Lot Consider It As The Most Beautiful Tree on Earth... Breathtaking'
"Would you like to hug the rainbow eucalyptus tree "
1 hour ago

Valana (Patti) replied to the discussion 'Ashtar Sheran - Some Cosmic Facts About Him'
"Oh...ok, tks… this reminds me of old times...remember when those trolls were all after you…"
3 hours ago

Drekx Omega replied to the discussion 'Ashtar Sheran - Some Cosmic Facts About Him'
"She's still around....Charlotte.."
3 hours ago

Valana (Patti) replied to the discussion 'Ashtar Sheran - Some Cosmic Facts About Him'
"I remember Universal Mother, she was here last time I was here, I believe it was back in 2015, been…"
3 hours ago