A friend asked recently why there is so much ‘UFO activity’ along the 33rd parallel south (meaning the line of latitude 33 degrees south of the equator). I was already aware of 33 being a significant ‘vibration’ both personally and in terms of star family contact. I gave birth to a child at 33 years old, and for me, it was a moment of unveiled pure connection to the universe that changed my sense of life and perspective, a moment which in hindsight initiated the inner path ‘back home’ into my own divine consciousness and truth. 33 is also connected with the only time I have photographed the Shem Arua(lightship of my Twin Flame and my higher soul aspect) fully decloaked, in the photo below, taken from a restaurant on the 33rd floor of a Perth city building, which I hadn’t been to since the age of 17, which was 33 years earlier.

(Shem Arua decloaked on January 10, 2015, on asking them to help contain a bushfire north of Perth.)

Recently, I’ve ‘revisited’ a lightship sighting my father and a family friend had together from a beach at a town named Bunbury, about 200kms south of Perth…on the 33rd parallel. My father was living in a township on the latitude of 33.26 at the time, and the beach where he and his friend had this experience (in the year 2000) is on the latitude 33.32, which adds to 11, number of the ‘doorway’ or ‘pillars of the portal’ energy. They saw a large white glowing light-sphere come from a distance across the ocean toward them, always at an even level above the water, stop stationary in front of them for some seconds, then move slowly back the way it had come and disappear. I’ve recently heard from a friend of another person who has had exactly the same experience more recently, from the same beach. A few weeks ago, someone spoke to me of lightships they had seen from Capetown in South Africa, and another from Port Elizabeth. Both cities are on the 33rd parallel…so I’m beginning to appreciate why some people have dubbed the 33rd parallel south as the ‘UFO Highway’.

33 represents the two intersecting triangle of the Merkaba, or ‘lightbody’, which is symbolized by the Star of David, which corresponds to Metatron’s Cube, as seen below.

Very briefly, Metatron’s Cube is the universal template that contains, expresses, enfolds and unfolds into the geometric building blocks of life known as the Platonic Solids, the Flower of Life, Seed of Life, Egg of Life and Fruit of Life. (If you wish to explore the metaphysics of this further, I recommend Drunvalo Melchizedek’s book, The Ancient Secret of the Flower of Life).

Every living thing is surrounded by its own lightbody, including humans and indeed planets. The Earth has a Merkaba around its core (which is in a sense its own ‘central sun’) and also around the whole planet itself is a much larger Merkaba. The inner and outer Merkaba have an interconnection through the 33rd parallels north and south. Consequently, they have been focused upon by those oriented toward domination to control and sabotage the natural rate of spin of the planetary Merkaba ie; slowing it down to produce a greater density of energies and more extreme polarization). In this current period of planetary Shift into higher frequencies, the Merkaba is naturally lifting again in its spin. Those who desire control are aware of this, and have been working to keep slowing it down, which affects the way energy and life force flows throughout the meridian system and ley lines of the planet, and affects consciousness all around the planet. We can, at an individual level, remain unaffected by this influence by keeping our own Merkaba alight and spinning at a frequency that keeps it/us clear of less than helpful energies.

We can also assist the overall state of consciousness here by radiating the light of divine love from our own Merkaba into that of the whole planet, which I’ll share a visualization for below. Also, our star family of goodwill, who are guiding and helping with this Shift, have been putting in a lot of work to keep the spin of the planetary merkaba ‘up’, so that the incoming light flows don’t get pulled into stagnation.

Last weekend, a group of ‘light anchors’ incarnate on Earth aligned with star family, the Agarthans, and Gaia and her elemental beings to uplift and heal some specific ley line nodes – part of an ongoing process to restore the planetary higher dimensional blueprint, or ‘Goldenprint’, which is an expression of the golden harmonic/golden ratio, found in the Flower of Life and all associated sacred geometric templates.

There are many beautiful beings in the higher dimensions who exemplify and uphold the universal template of golden harmonics. One of them well-known in Earth mythology is Heru-Ur, named Horus by the Greeks. I have felt his presence strongly the last two months, and posted a photo in the previous post, of the Sun appearing like an ‘Eye of Horus’ through the clouds, as a ship flew up from behind/within the cloud.

I followed the hawk’s path as it angled toward the Sun, and a lens flare appeared that was exactly the colours that had come through as guidance to use with healing the ley line nodes – white and violet merged within blue light. A golden light flashed in my inner eye, then I took this photo.

A spherical ship showed above the lens flare, soft golden in colour.

Many ships appeared at the same, silver and white, the clearest being an Arcturian ‘bow ship’, and silver-white ships I felt with Hyadeans, Aldebarans and Pleiadians – all from the Taurus constellation – on board. I’ll go into this more soon, but for now, here are the three clearest ships, with enlargements.

Star family come with a request that for all who feel called in their hearts to do so, please use the Merkaba Practice below whenever you can through to September 9th, and especially on that day, as a way for any of you who resonate with this to assist with the ley line work currently underway and stabilizing of the planetary Merkaba (along with being excellent for your personal one), for which we all thank you! (September 9 = 9-9-2016 = 999, a powerful Angelic number and completion energy).

Firstly, do a merkaba practice. This is the method I use (with thanks to my twin soul Bareld, and guides):

Sit comfortably and focus into your heart centre-point with relaxed breathing. Connect yourself in love with Source and Gaia by envisioning yourself within a pillar of white light from Galactic Central Sun/Source Centre beaming down through your body and anchoring to the crystalline core of Gaia, so that you are well anchored to the Earth. Now take in three slow, deep breaths, and on each outbreath, say aloud your name, date of birth, and if you like, place of birth, which helps keep you focused into your on-Earth self. This will get your Merkaba (lightbody of two intersecting tetrahedra) spinning. The down-pointing (feminine) tetrahedron spins from right to left (counter-clockwise) and the up-pointing (masculine) tetrahedron spins left to right (clockwise), with the two crossing over and merging in the middle. (*If you’re in a female body; for a male the spins will be clockwise for the down-pointing tetrahedron and counter-clockwise for the up-pointing one). Set the intention for your Merkaba to spin at the highest available frequencies of Love and Light (which in a physical body, is 99.9% lightspeed). Keeping your Merkaba in this high spin naturally keeps your energy field clear of distorted energies and disruptive influences.

Now visualize your merkaba filling with the blue light of truth, clarity and protection. Then bring in the white light of purity and ascension, followed by the violet light of transformation. Feel this merged light within your spinning merkaba. Now see this light radiating outward to fill the planetary merkaba, which you see/feel also spinning within the highest available frequencies. Relax into this beautiful feeling of oneness of your lightbody with Gaia’s lightbody. Finally, envision a brilliant golden Sun in your heart centre, then see it pulse out a golden ripple throughout your own merkaba, flowing out to fill the whole planetary merkaba. Hold the intention for the ‘goldenprint’ of Gaia to be resurrected and restored in perfect equilibrium, in pure divine alignment with Source, with the greatest joy. And so it IS.

With much light and love to you all,

PS: If visualization isn’t easy for you, it’s enough to hold the intention, with unconditional loving focus, as the convergence point and anchor if Light, Love and Life that you are. You may wish to speak your intention aloud, or indeed sing it. The tones of love are golden. 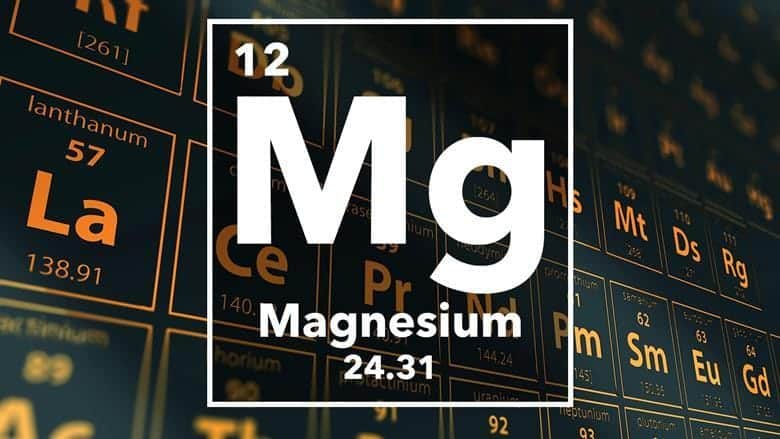