Who could it be now? Who can it be now? Men at Work Mandella effected

Who could it be now?  What do you remember?

OMG Really what else could it have been. I've listened to this song since it came out and as a 80's DJ regularly play it. maybe a hearing problem you have

hearing problems. Its not uncommon for song lyrics to be misinterpreted. Doesn't mean its a mandala effect

Everything with this 'Mandela Effect' fascinates me, but on this particular instance i recall "who can it be now"...but didn't hear this much back then.

Many other examples i do remember, which are different now...like in the movie 'Risky Business' with Tom Cruise dancing in his underware, i clearly remember him having dark black sunglasses on during that dance...but now when u check check on youtube...no sunglasses.

~Excellent find, brother Tally. I remember Cruise wearing the sunglasses in the poster... & I definitely remember him rocking them in the scene you posted. I remember him throwing them off midway through the clip. This is right on par with the Field Of Dreams, 'if you build it, they will come' scene. When you go to any copy of the movie now, it's 'if you build it, HE will come'. Which doesn't even fit into the narrative of the film ( the idea being that if you build the baseball field, the players will come to play)...  HE instantly gives it an overt 'Christian' vibration. Something I would have definitely noted when I saw the film in the theaters. Beyond strange...

Permalink Reply by Tally on June 17, 2017 at 9:55am
Yeah, now that u mention it Stick...i also recall him taking the shades off & throwing them to the side at one point. I don't think i ever saw Field of Dreams, so nothing from me there...but how about this clip? 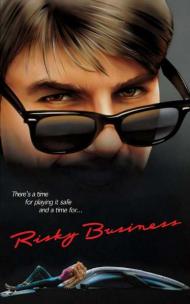 Here is part of a review of Risky Buisness from "Three Movie Buffs" website..

"Very few movies have launched the career of a major movie star the way this role shot Tom Cruise into the stratosphere. The instantly iconic dance in white socks, pink dress shirt, tighty-whiteys, and Ray-Ban sunglasses was improvised by Cruise. The script simply stated that Joel, “dance to rock music”. Not since Clark Gable undressed in It Happened One Night and wasn't wearing an undershirt had a movie star so effected sales of a product. Whereas Gable caused the popularity of T-Shirts to plummet, Cruise had the opposite effect. The sales of Ray-Ban wayfarer model sunglasses exploded 2,000% after the release of Risky Business." 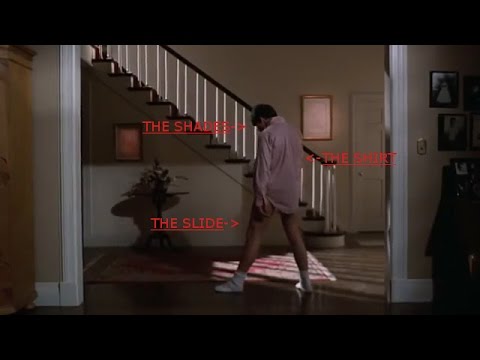 Thanks Luke...there's definitely something fishy going on here in this seemingly 'fragmented'/altered timeline. I heard a 'secret space program' insider once say that time travel technology has been used for quite some time, and that when going back in time it can create small anomalies in the 'current' timeline, just like what we're now seeing with the ME..??

~Excellent find, brother Luke. One thing is absolutely clear, & it has little to do with which side of the multidimensional coin 'one' places their beliefs... WE'RE ALL MOVING DEEPER INTO...

Valana replied to the discussion 'STORY OF A CONTACTEE - Part 1' in the group Cmdr. Val Thor: LIVE
"Than tiy Hellen and I believe your story, also, as I understand how it occurs. Dr. Einstein said a…"
21 minutes ago

Hellen replied to the discussion 'STORY OF A CONTACTEE - Part 1' in the group Cmdr. Val Thor: LIVE
"Thank You for sharing your story Valana. I like the part where you were walking on the beach and…"
1 hour ago

Hellen commented on the blog post 'Russian woman shows her Reptilian Eyes on different videos, We are not alone; Waki Waki Starseeds'
" The Chimeras and other negative or any malevolent extraterrestrials have been taken down…"
3 hours ago

We will present a Reiki 1 and a Reiki 2 workshop on July 25, 2020 near the Perimeter Center in…See More
3 hours ago
0 Comments 0 Likes

Ashtar, One Who Serves and Shoshana - NOW IS THE TIME TO RISE ABOVE THE ILLUSION Via James McConnell

Valana replied to the discussion 'STORY OF A CONTACTEE - Part 1' in the group Cmdr. Val Thor: LIVE
"Dearest Amparo, Thank  you for all the nice things you say...they give people strength and…"
5 hours ago