Yes you can delete it.. go to the top of the page where it says  +ADD.. next to it there's a box that says OPTIONS,click that and in the drop down push edit discussion, you can then remove the photo by clicking on it and deleting it,changing the photo to the right photo,then pushing SAVE  again..simple..

thanks! what do you think about space force?

sure lets have the murdering chinese commies rule space!!!

This is only one instance of evil corruption from the Chinese commie billionaire murdering cannibals.

Weird how the hard left /progressives embrace a radical ideology, promote it during crisis-1940s China-gain complete control, turn ultra conservative, complete control of the population enslaving them, torturing them, murdering them, cannibalizing them, and in some cases literally eating them.

“Mass Murder” Is the Missing Piece in the Chinese Transplant Industry

In China, mass murder has been taking place under the name of “Organ Transplantation”.
Here, I interview three individuals who have been researching this issue for over 10 years. Born in Canada. UN General Assembly Canadian Representative, Member of the Board of Directors of the International Center for Human Rights and Democratic Development, Chair of the Canadian Constitutional and International Law section of the Canadian Bar Association, Gandhi Prize, Nobel Peace Prize Nominee

Former Secretary of State for Canada Born in Israel. Member of the Declaration of Istanbul Custodian Group (DICG). He initiated the introduction of the law that prevents Israeli people visiting China for the purpose of transplant operations.

Transplant operations are taking place in a horrific manner in China now.

The waiting time for transplant operations is 1–4 weeks in China. This is unusually short if you compare it with the waiting times in the US, which are several months to years. The high number of transplants should be looked at as well. While there are 25,000 cases per year in the US, it is said that there could be as many as 60,000 to 100,000 cases per year in China since 2000.

The main recipients are top executives of the Chinese Communist Party, followed by wealthy people in both China and abroad. It is thought that the transplant industry will bring 1 trillion yen (roughly 10 billion US dollars) in revenue to China.

Why is it possible to carry out so many transplants in China? This is because they remove organs from Falun Gong (*1) practitioners who are detained in camps due to religious persecution. Prisoners whose body organs match with the recipients are executed. In other words, this is murder on demand.

Two individuals who have researched this issue since 2006 and a doctor who is committed to stopping transplant tourism came to Japan for the launch of the Association to Consider Organ Transplantation in China (SMG Network), and held a press conference. After the press conference, we had an opportunity to interview them. 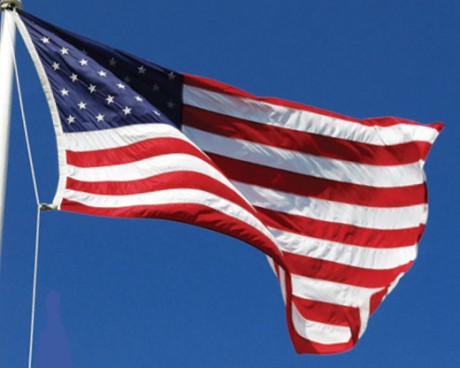 yeah I'm a racist, and a h***-phobe , and a xenophobic nazi bastard(nazis were 3rd way economic socialists)-Chinese school uniforms-and natuarally you know better then the men above with the doctorates and nobel prize-anyway, soon the commie scum in China won't have and extra 800 billion a year trade deficit with the US to build their war machine or space force-lol

not going to happen to my country -we're done MLW

I think that there are things going on that we know nothing about.

It could be a good chance to release some of this hidden technology, like free energy, etc.  Russia is working seriously on creating several new technologies to clean up the space junk, so, it should be cleaner when we get up there...

Valana (Patti) replied to the discussion 'MOMENTS TO REMEMBER' in the group Cmdr. Val Thor: LIVE
"Alan do you think the Titanic might have come to you because I was on it? I've never thought I…"
1 hour ago

Valana (Patti) replied to the discussion 'MOMENTS TO REMEMBER' in the group Cmdr. Val Thor: LIVE
"I, too, feel today is different.  I think the video Agathar posted may be exactly right..it…"
1 hour ago

Valana (Patti) replied to the discussion 'MOMENTS TO REMEMBER' in the group Cmdr. Val Thor: LIVE
"No, I had not heard anything like that, Amparo, who supposedly did it?  About what was the…"
1 hour ago

Alan replied to the discussion 'MOMENTS TO REMEMBER' in the group Cmdr. Val Thor: LIVE
"Hi Amp, how are you doing, terrific I hope.  Your post here is a, BINGO as in you hit the nail…"
1 hour ago

Valana (Patti) replied to the discussion 'MOMENTS TO REMEMBER' in the group Cmdr. Val Thor: LIVE
"I don't know anything about the Titanic that anyone else might know.  What is it you are…"
1 hour ago