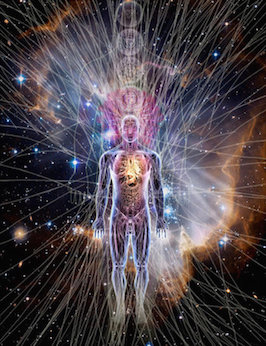 ~Behind the crisis of our time hides the core crisis of human relationships. Behind the atrocious massacres, which are currently epitomized in Syria, hides a collective soul pattern, which seems to be consistent on all continents. It is a pattern of fear. In the background of our civilization lies the morphogenetic field of fear. From this field arise horrific forms of cruelty that are actually attempts to kill off one’s own inner fear. If we want to generate lasting peace on Earth we need to transform this pattern of fear into a basic pattern of trust. This is easily said but the fear is deeply anchored within our cells. It has become a firm component of our genetic and physiological makeup; it operates as an unconscious reflex. “Fear has to vanish from the Earth,” Mikhail Gorbachev said. I do not know if he knew the profundity of this statement, however he named the deepest and most comprehensive goal we face today if we want to give a humane direction to evolution. The goal of healing work is to enable a life free from fear. The morphogenetic field of fear needs to be replaced entirely by a morphogenetic field of trust.

Fear is the result of the last millennia. Walter Schubart, in his book Religion und Eros, wrote that there is an original fear at the base of all psychological suffering – the fear of separation. It is the fear of separation that prompts us toward the most insane acts. Separation from our home, family, love partner, group – is there not something that is the same in all these fears, a primal fear of separation? It is difficult to convey the deepest, most primal layers of the soul in words. Time and again, generation after generation, the human being has been separated from that which his original nature most loves, what he loves like a child, simply because he is human, a breathing, sensual, living being. We have fallen away from the oneness and are not finding the way back. We live in “banishment,” as Friedrich Weinreb put it. Healing would thus mean reconnecting humanity with its actual home. This is the entelechial direction of our evolution at present – reintegrating the human world into its original home in life, in love, within the precepts of the Sacred Matrix.

Fear is not a private problem; it is the psychological consequence of a civilization gone awry. It arose in the collective cruelties of humanity. The task of global peace work entails the dissolution of the collective trauma, which accumulated in the collective subconscious of humanity throughout thousands of years of war and expulsion, treachery and betrayal.

Do we know that our entire culture, our states and nations have originated from war? Every one of today’s states exists on conquered land on which there were once indigenous people; there were faithful people, love couples, and playing children. The United States of America needed to eradicate native tribes and enslave millions of Africans to be able to build their nation. Truly these are not good conditions for building a humane civilization. The economy of western countries is fueled by, among other things, the weapon industry and arms trade. This is how normal war has become; how thoughtlessly we have become accustomed to it! War has become a fixture of our society. We live in a “war society” which economically cannot afford peace. If our western societies were to abandon the war economy, millions would lose employment. They could all help to establish a new peace-based economy.

Our civilization is dominated by a profound idiocy, a veritable disease of mind and spirit. It does not fit within life’s plan for people to willfully shoot at each other; this is not coherent with the code of a humane world. War is the result of an inconceivable aberration. When it is claimed that war has “always existed,” we respond that it is time to end this historic insanity. As of now, war must have no place in human culture just as jealousy has no place in love. Have we really needed thousands of years to discover this simple truth? It will be unfathomable to our descendants that people have killed each other out of jealousy. They will understand even less how people could have shot at each other and perpetrated far worse cruelties. It is no use referring to the violence in the animal kingdom or to quote Heraclitus, “War is father of all things.” Such reasoning rests on the assumption that the world should remain as it has “always been.” Those who argue thus fail to see the Creator’s power within humankind and the potential for transfiguration. We are certainly not the product of the past, nor are we determined by natural laws. We are the creators of our lives. We have the freedom and the task to build a better world and it will function if it corresponds to the rules of the Sacred Matrix. Here I want to quote Satprem, a student of the Indian philosopher Sri Aurobindo and the Mother from Auroville. He writes:

"After breaking through all those evolutionary layers, you suddenly emerge, in the depths of the body, into something where the old laws of the world no longer have power. And you realize that their power was nothing but a huge collective suggestion – and an old habit. But just a habit! There are no “laws”; there are only fossilized habits. And the whole process is to break through those habits. (…) But that state has to come to a point when it’s experienced spontaneously and naturally by the body, which means freeing it of all its conditioning. Then you emerge into something fantastic. But really fantastic! Although I suppose that the first gliding of a bird in the air also was fantastic. Yet there was a moment when an old reptile took off and became a bird."

There are no ready-made laws and no ultimate physical laws pertaining to our bodies. There are only entrenched behavioral habits and there is a freedom within ourselves that enables us to rise to a higher form of life.

When we shed light on the vileness encapsulated within the word “war,” we see the pictures of horror stored in the inherited memory of humankind, pictures of mass murder, mutilation, fleeing, and hunger. These experiences have repeated generation after generation, over hundreds and thousands of years. They have been deeply carved into humanity’s genetic memory. Our collective human soul is burdened with this nightmare…

Originating from a long history of war, these horrific images form the traumatic core of humanity. This traumatic core exercises a subconscious tyranny over the basements of the soul, fires images of fear into our organism, betrays love, ridicules faith, produces patterns of negative interpretation of all events, and fights people who think differently. It produces erroneous notions of disease and healing; it steers our psychosomatic processes, our perceptions, and reflexes, our hormones, our nerve function, and muscle contractions. We are subconsciously attuned to the informational matrix of the trauma. We live in the subconscious scenario of omnipresent danger against which we need to defend ourselves. The world appears to be an anonymous jury before which we need to protect and justify ourselves. There is a collective feeling of being judged. Behind all psychological malformation, all forms of neurosis and psychopathy, hides the big collective trauma, a disease affecting the entire human race.

I want to quote Eckhart Tolle. He refers to the collective trauma as the “pain- body.” He writes:

"This energy field of old but still very much alive emotion that lives in almost every human being is the pain-body. The pain-body, however, is not just individual in nature. It also partakes of the pain suffered by countless humans throughout the history of humanity, which is a history of continuous tribal warfare, of enslavement, pillage, rape, torture, and other forms of violence. This pain still lives in the collective psyche of humanity and is being added to on a daily basis, as you can verify when you watch the news tonight or look at the drama in people’s relationships."

We have grown accustomed to horrific news; it has enveloped us in fog. In the moment of awakening, a strange thought hits us: Can it all be true? Have we really participated in it? And, how do we get out? It is barely possible to see through the mechanisms inherent within the existing society and still continue walking the old path. Do we have to step out? If so, how? Where to? In order to be able to step out, we need an alternative to step into. It does not yet exist in its finished form, but arises through the creation of centers for cultural transformation, birthplaces of a new Earth. The collaboration of hundreds, thousands, millions is now needed for building the new structures, new working places, and new professions required for creating Terra Nova. All those who still have a meaningful function in the existing society may use it for setting the course toward Terra Nova. The revolution needs not only radical activists but also mediators between the old and new world…

A very important condition for successful global healing work is the dissolution of the traumatic core. With this realization we stand outside of all historic revolutionary concepts. We need ways of living that enable us to overcome our horrible heritage. Generating such ways of living is the crucial topic of our time. One immediately understands that a phenomenon is addressed here that can neither be solved by political revolution nor by individual therapy. We need collective solutions, a healing of the psychological foundations. 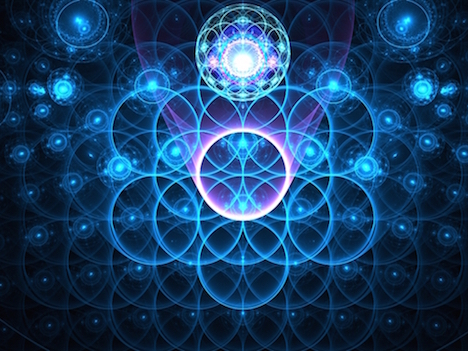