THE ASTROLOGY WORK AND INTERPRETATIONS ARE BELOW "Dracula's Family Tree" AND "Dracula Humor" IN THE SECTION LABELED "Astrology."My personal interpretations are written out and highlighted in yellow, if you desire to "cut to the chase." IF YOU WANT TO TRY TO LEARN SOME ASTROLOGY CONCEPTS, I STRONGLY RECOMMEND YOU PRINT THE FIRST TWO ASTROLOGY CHARTS OF THE SERIES (labeled "Vlad Dracul III" in the upper left-hand corner) and use these charts to follow with the interpretations. This was a major research project, and I welcome any criticism. Thanks for reading.   Malcolm


And here's the family tree, which includes John Kerry and George W. Bush:

To qualify to be placed on a U.S. Postage Stamp, you must be certified to be dead. Bela Lugosi is dead, and was reportedly buried with a huge cross on top of his body when they closed the coffin: 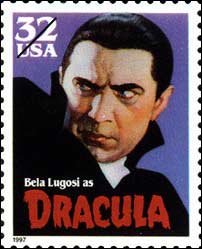 Here's a 3-minute section of Bugs Bunny confroning Dracula and fighting him with magic! If you've never seen this particular cartoon, watch it and try not to laugh.

More Dracula humor: here's a 5 minute section from Mel Brooks' "Dracula Dead And Loving It," with Dracula (Leslie Nielson) confronting Mel Brooks (Von Helsing) and explaining himself and his deeds. Again, if you've never seen this, try not to laugh:
https://www.youtube.com/watch?feature=player_detailpage&v=MogihG2xxoE

Finally, myself and some aspiring musicians in Atlanta actually discussed forming a metal punk band and calling it "Dracula Was Gay." The name originated from the Dead Kennedy's lead singer Jello Biafra, and the idea was that the act would open with "Dracula" breaking up a make-out session between a band member and his girlfriend (and the band member kissing his girlfriend would have a giant cucumber in his pants pocket). Dracula would then raise his hand, the girlfriend would faint, and Dracula would look at the boyfriends pants pocket, look at his eyes, look at his pants pocket, and then look at his eyes and say "I vant to suck your.... let me think for a minute."

Oh well, it was just an idea anyway.

There is no doubt in my mind that Dracula had Pisces rising as his Ascendant. The fish-like eyes, the willingness to "serve," and his willingness to swallow his pride (SO THAT HE COULD DECEIVE IMPORTANT PEOPLE AND REGAIN THE THRONE FROM THE MURDERER OF HIS FATHER) are tell-tale signs of Pisces rising. But I really suspect this is his rising sign due to those "fish eyes." Just take a look at those fish eyes below the following definition of Pisces Rising:

Pisces rising has a narrow/longish face, sometimes v-shaped, but curved.

Their energy is subtle, not normally direct, mysterious, but not necessarily
secretive, visionary, intuitive. The voice is soft, easy and gentle, in direct
contrast to the pace and sharpness of Aries.

The skin often has a clear appearance that is luminescent. This is much like
their personalities, which are the most humble, transparent and sacrificial in
the zodiac. The eyes are often large and round or bulging. They tend to be dark
or of mixed color, but can be bright. They are generally inquisitive and can be
great listeners, giving you their full attention. There is mystery about them
that makes many of them very alluring. Their sensitivity comes out at times
when they speak to empathize with or defend others, especially who are not
there to defend themselves. The conjunction between Mars and Saturn (in the 11th house) forming a sextile to the Sun (in the eighth house) really sticks out in this chart. Note that Alex Jones has Sun Square Mars on his chart, and he seems to enjoy conflict. Mars Conjunct Saturn has a lot to do with death and murder (Adolph Hitler had a similar strong placement between Mars and Saturn on his chart), and it is fair to say that Dracula probably enjoyed killing others. It was reported that while he was in jail, he traded gemstones for live small animals (brought to him by the guards) and impaled them with his silverware while in his cell. He was that monsterous. 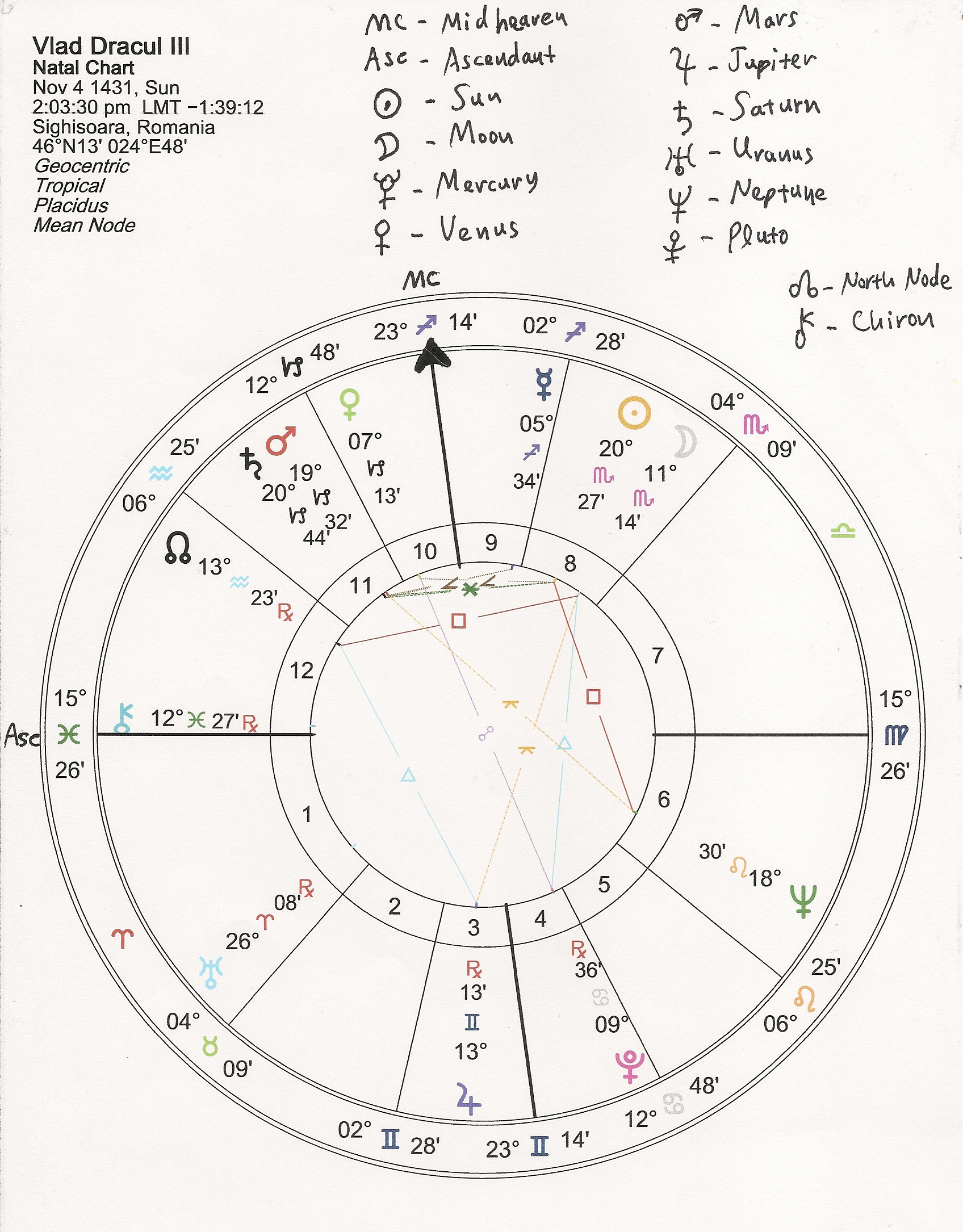 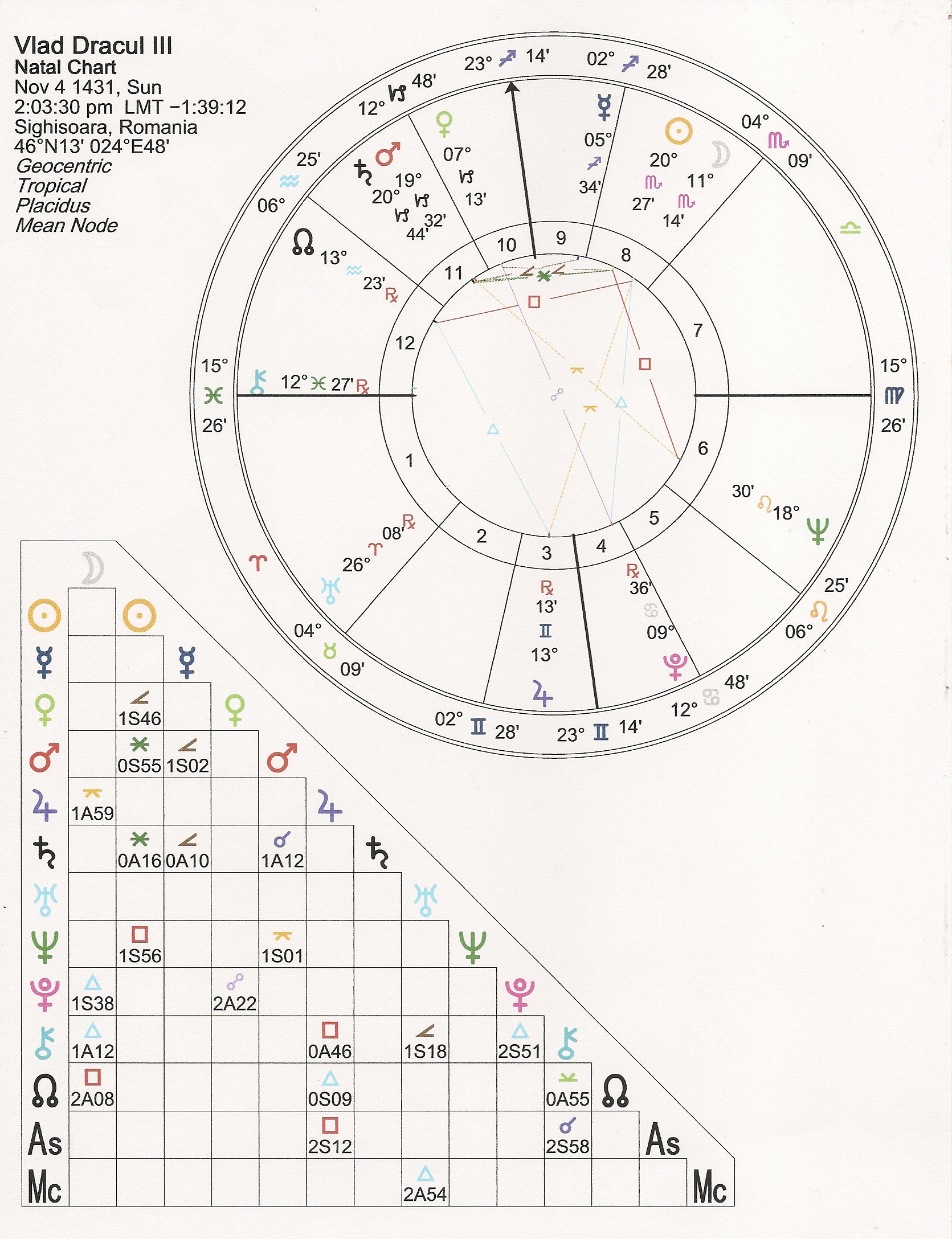 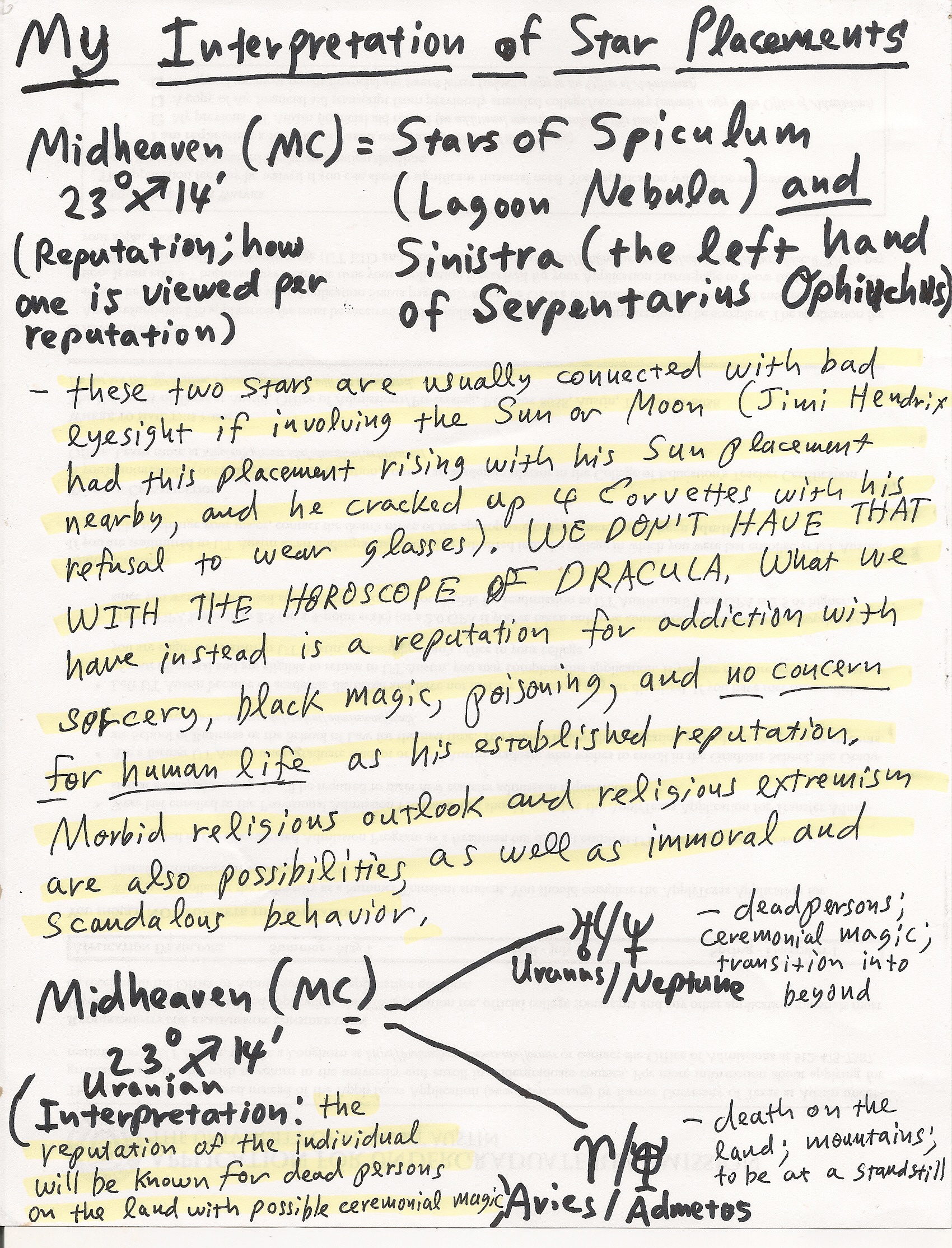 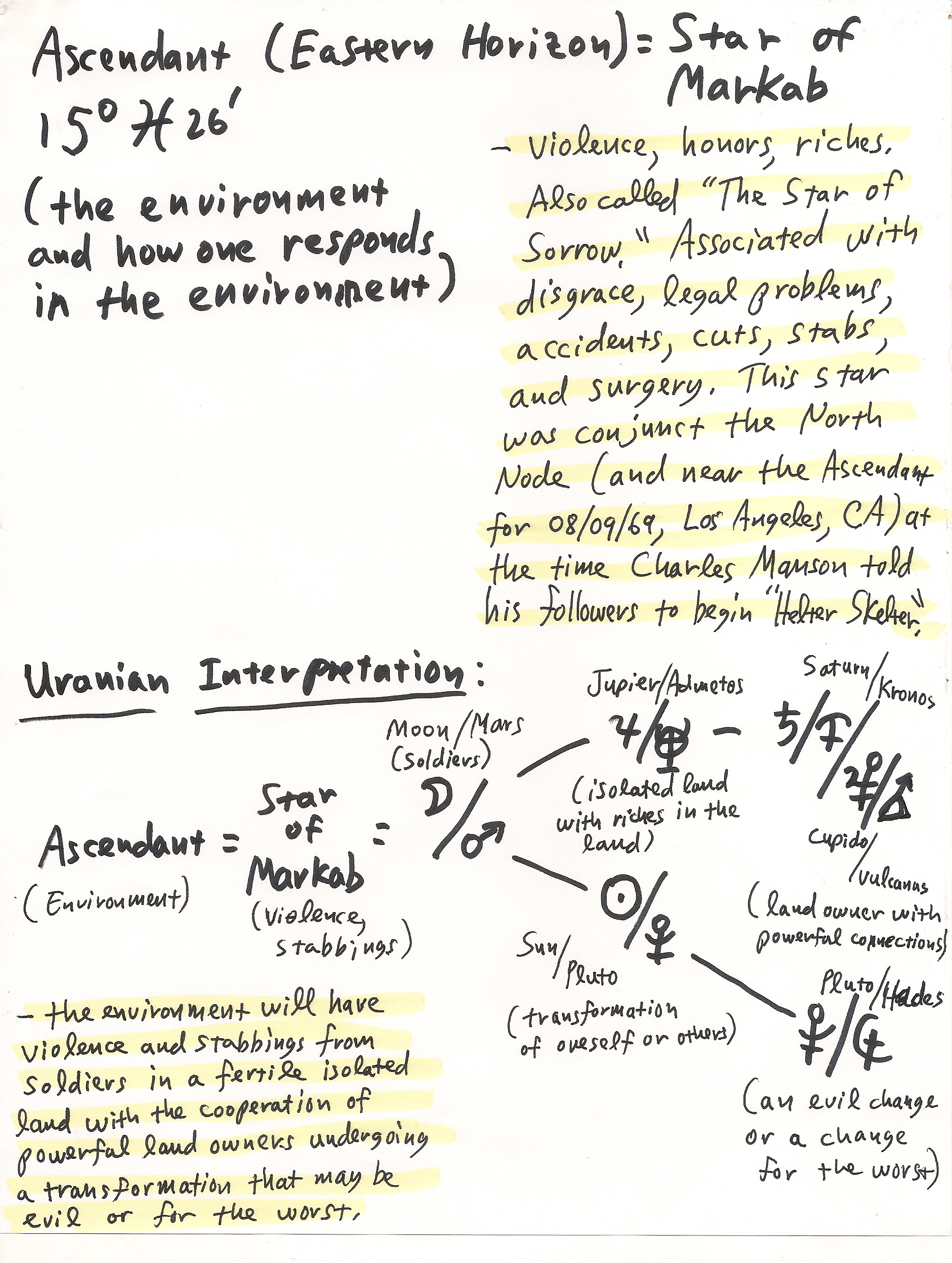 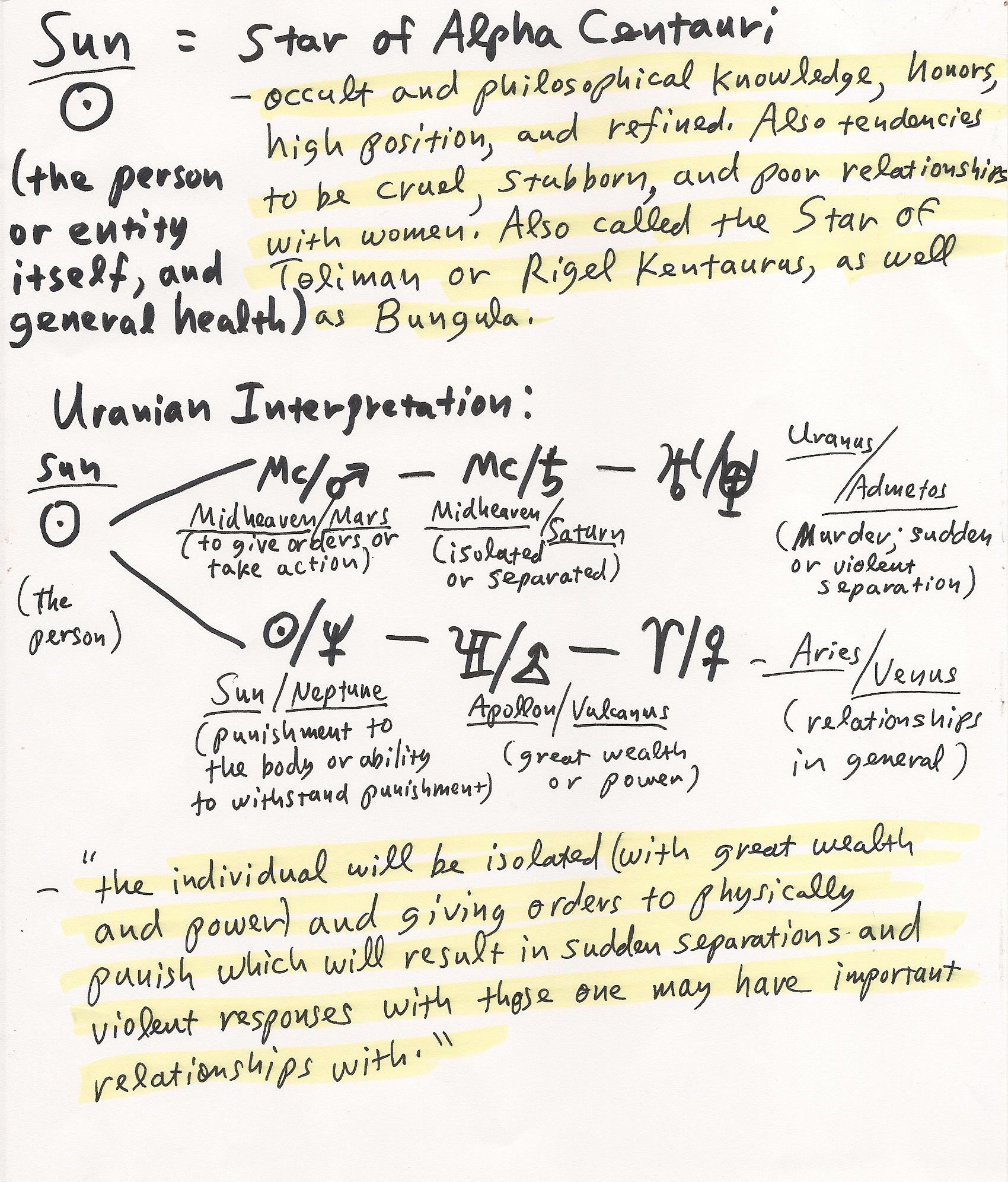 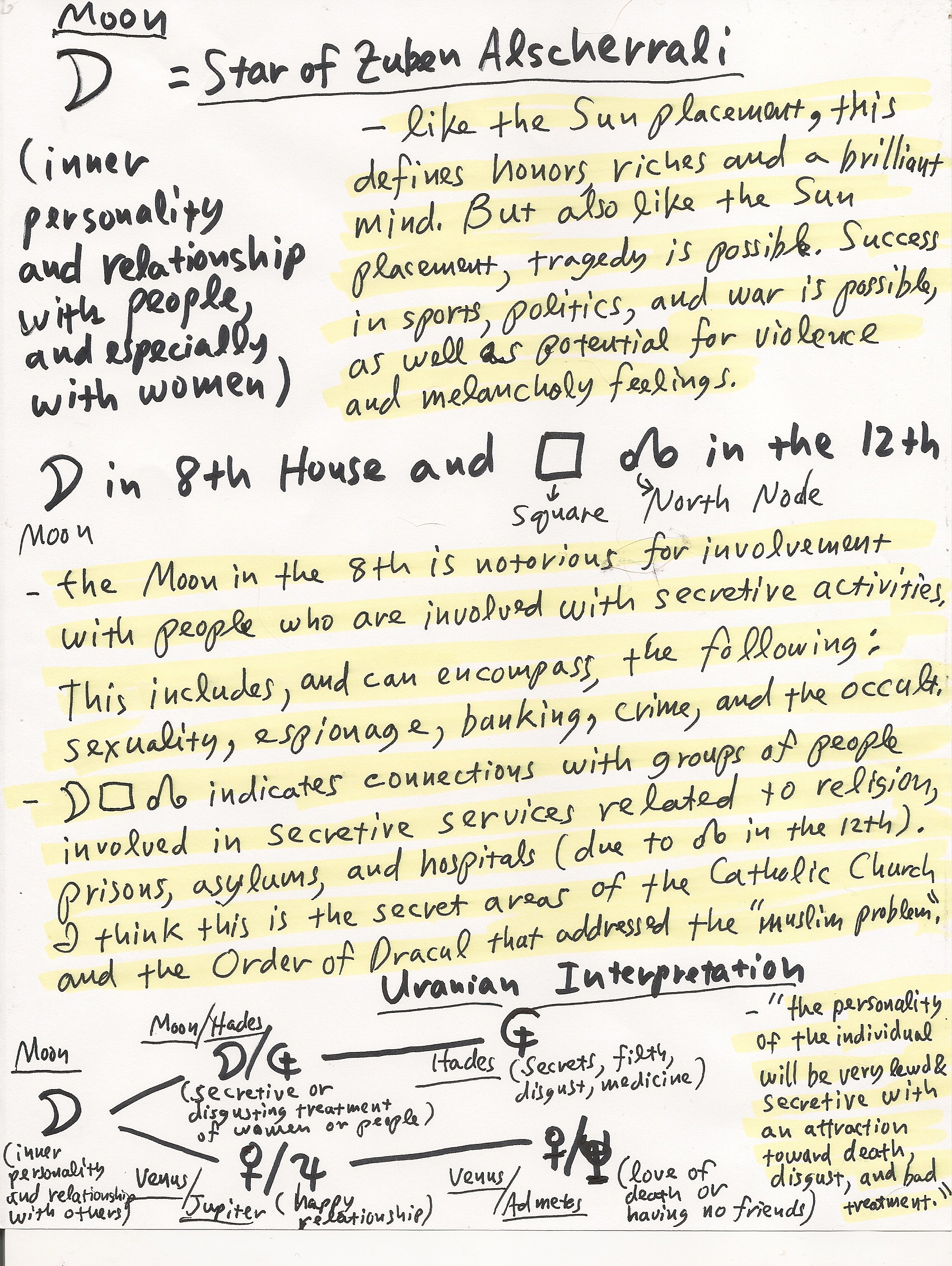 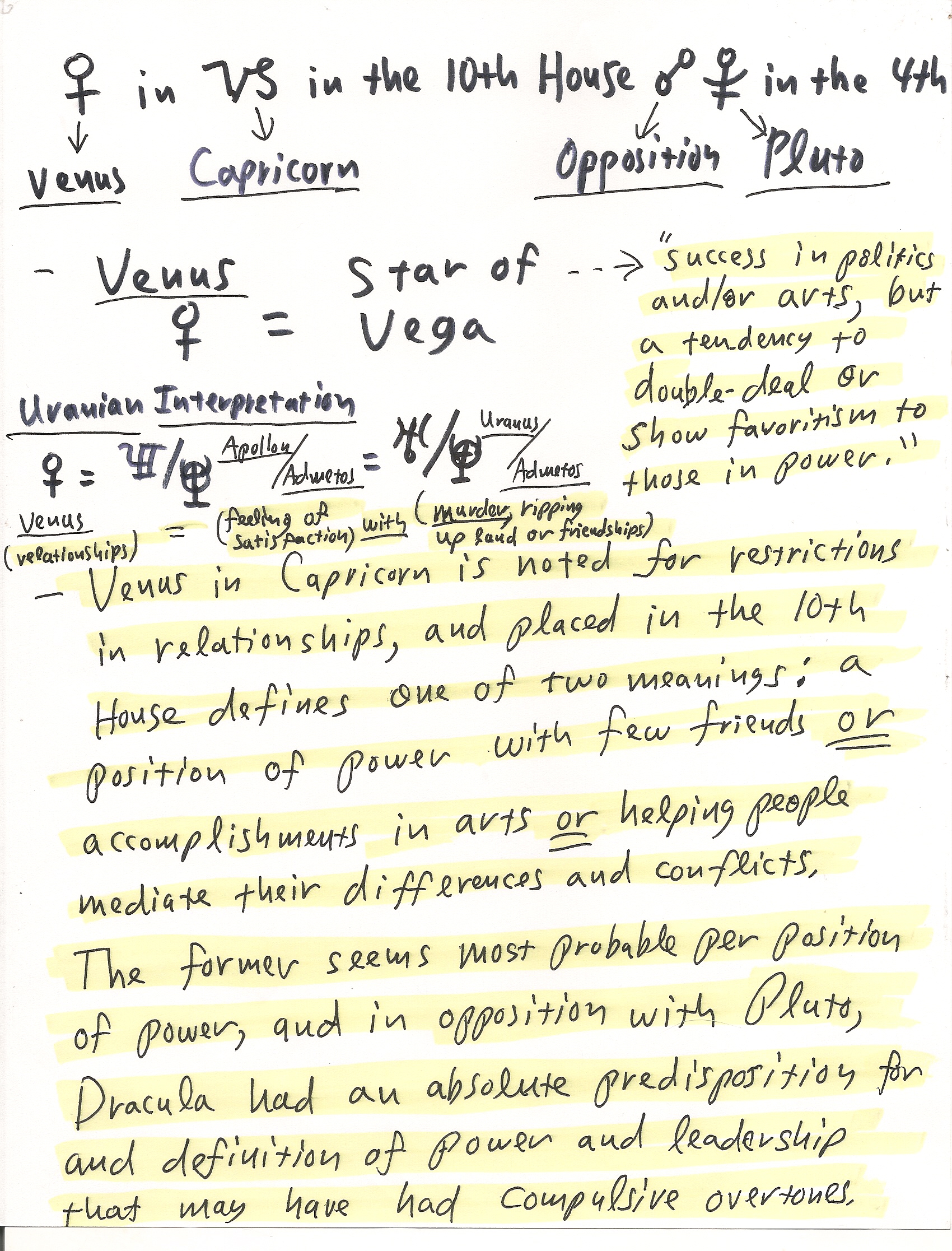 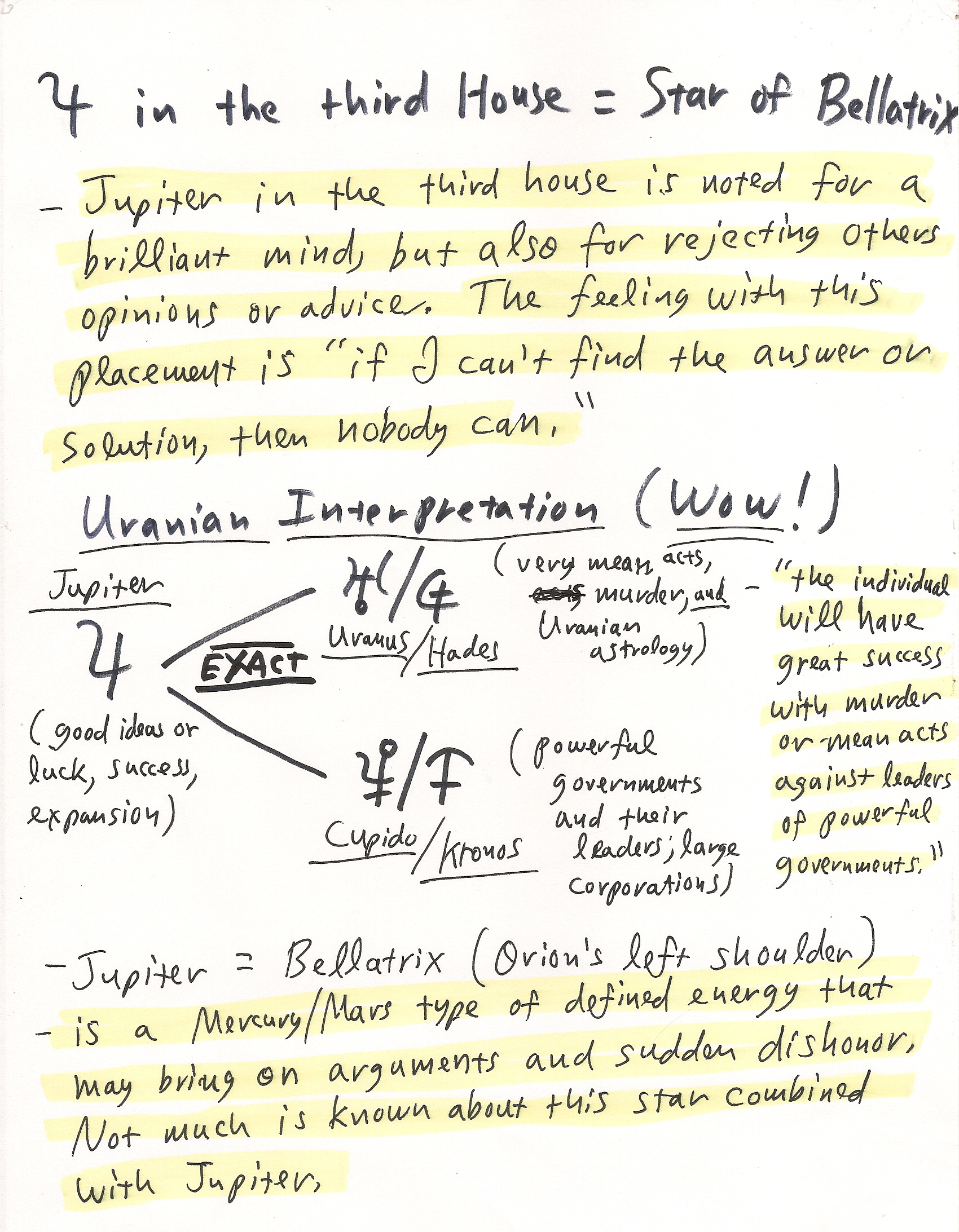 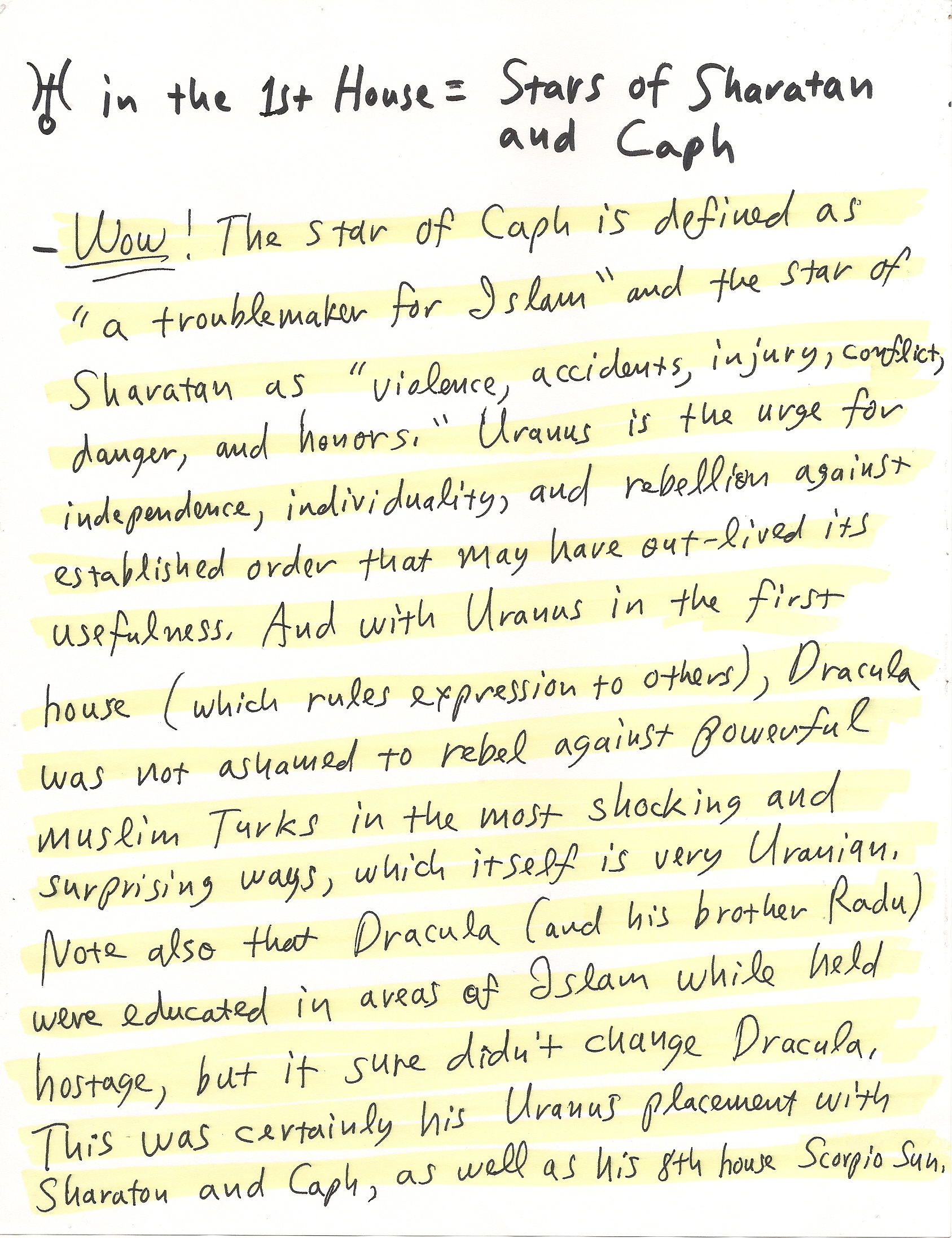 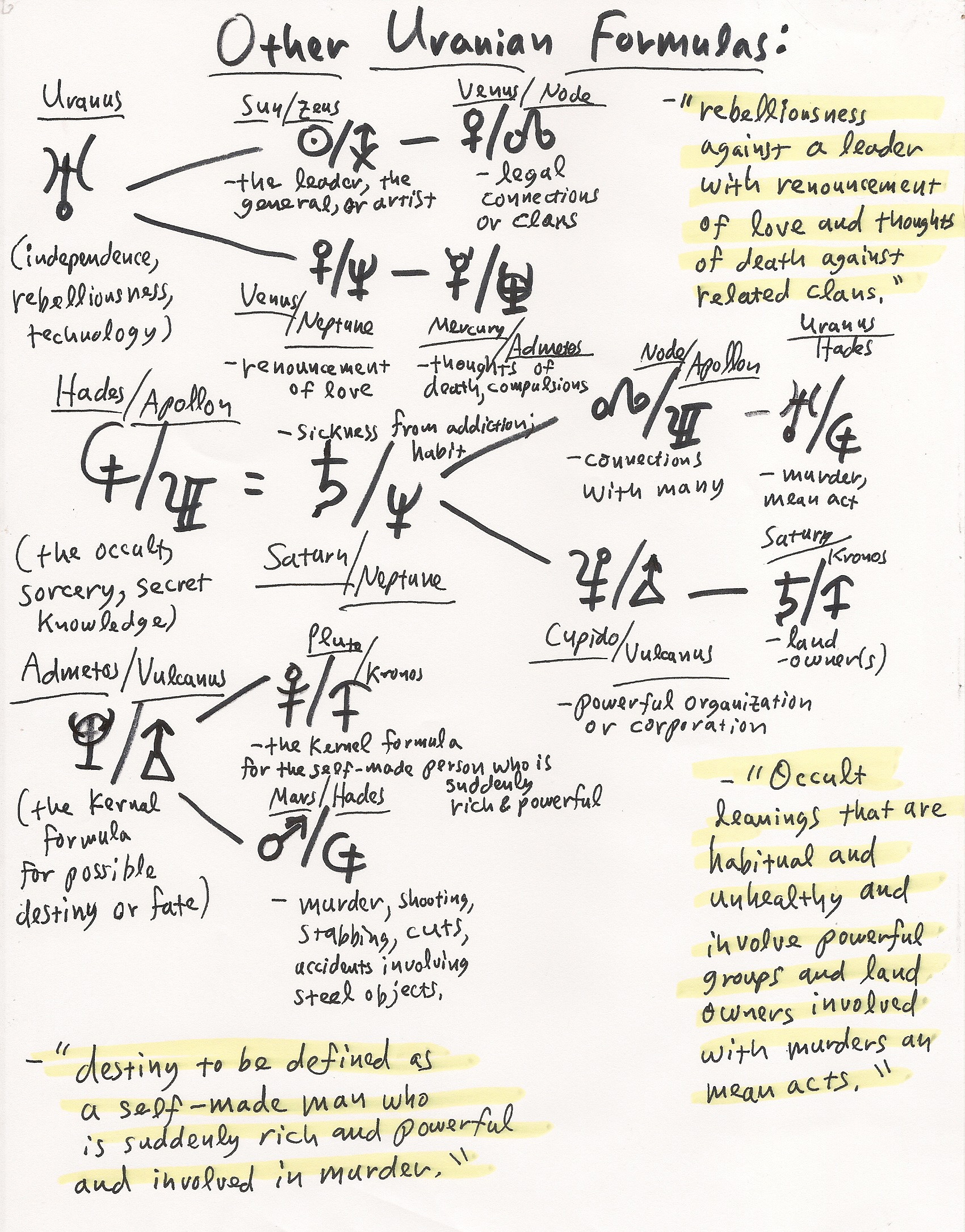 Read more…
Started by James McConnell in Spirituality In General, Channeling and Channeled Messages, and Ascension and Awakening
0 Replies
Views: 695

Read more…
Started by James McConnell in Spirituality In General, Channeling and Channeled Messages, and Ascension and Awakening
0 Replies
Views: 435

"I mean Trump literally said on live TV, he’d date, and I assume do more with, his frickin daughter lol I mean is that not off, is that not worse than anything Biden has done. If she wasn’t my daughter I’d date her lol"

"You realize if most people would be put as President, it’d be a complete frickin joke lol I mean imagine the gaffes, the scandals, the blunders, that would come up, every single day lol Itd be Bush x10 lol

"Wtf, better than you lol I mean I’d like to see you people be President, you realize how much of a joke that’d be.

Love these people. Who couldn’t sniff Bidens jock strap lol Or Trudeau. Talk all this frickin SHIT, just people are all the same lol…"

"And now I'm sure there are some members who find my debates with Roaring about history, somewhat trying....I would like to offer another interlude for all to enjoy...But this time it's not music, but rather some excellent autumn forest…"

"Well that was a few decades back, Roaring, old boy....We are now the 5th largest economy in the world and have less debt than America...or Japan, the country with which we butted heads in WW2, along with Germany and Italy..
You seem to think that…"
More…
Loading ...

Greetings friends! From heart to heart in this moment we speak, I am KejRaj(KayRy).

I am Ashtar. I am here to be with you in these times of immense change that is taking…