IF FOR ANY REASON YOU CANNOT CONNECT PROPERLY DO YOUR OWN MEDITATION TO SHIFT THE TIMELINES FOR ASCENSION.... 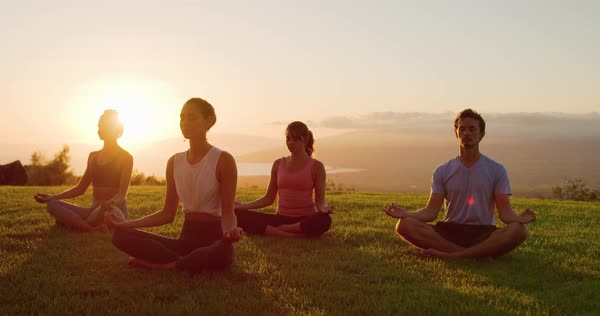 THIS IS A CLARION CALL TO ALL STARSEEDS TO GATHER EN MASS MEDITATION OF 4-4-2020=4 =444
WE NEED TO SEND OUR ENERGY AS ONE, AND KEEP OUR VIBRATION THE HIGHEST POSSIBLE...BLESSINGS
*** URGENT CALL FOR ONE MILLION MEDITATORS ON APRIL 4th, 2020!!! **...
Using Mass Meditation, Global Cooperation and Respectful Communication / Elevated Speech as Power Tools for Ascension to 5D...

URGENT CALL
FOR ONE MILLION MEDITATORS

TO LIBERATE AND RECLAIM OUR WORLD

WHEN A CELESTIAL STARGATE OPENS!

432 HZ the FREQUENCY OF LOVE - healing music...to raise your vibration...Could be used while in meditation if it is your preference...

THE FREQUENCY OF LOVE 432HZ (over 3 hrs long)...no interruptions

If you like healing music while meditating i brought you the best available...frequency 432hz You will be healing while listening to it and meditating...It will help you relax your body and mind..

Comment by amparo alvarez on April 4, 2020 at 5:03am
April 4th/5th...ASCENSION TIMELINE/ END OF THE CORONAVIRUS MEDITATION
It is time to take action again! It is time to take the destiny of our world in our own hands! We all agree that the process of planetary liberation is takin...

YOUTUBE.COM
Ascension Timeline/End of Coronavirus Meditation April 4th/5th 2020...
It is time to take action again! It is time to take the destiny of our world in our own hands! We all agree that the process of planetary liberation is takin...

4-4-4     4/4/2020   The Number Four “This is the number of completion and the manifestation of Light. In the 4th verse of the first chapter of Genesis God divides the Light from the Darkness. It is a number of understanding and order, and the key which will open many of the magical doors closed to ordinary man. “Men of the highest order show themselves in thought like brilliant rays of light,” says the “Maficon.” They correspond to the number 4. It is the sacred number of Pythagoreans, and is known by them as the straight line. It was over this number that they took their most sacred oaths. In the Sepher Yetzirah the 4th Path is the grand Crown and the Path from which flow all the powers of Spirit and the Divine essences. In the Highest Sphere 4 is the 4 letters of the name of God - Yod, Hi, Vau, Hi. In the Sepher of Intellect 4 is the 4 Angels of the World (Michael, Rapahel, Gabriel, Uriel); the 4 Rulers of the Elements (Seraph, Cherub, Tharsis, Ariel). In the Heavenly Sphere 4 is the 4 triplicities of the signs of the Zodiac and the stars and planets in relation to the elements. These are given as Mars and the Sun; Jupiter and Venus; Saturn and Mercury; the fixed stars and the Moon. This grouping is not always accepted. Another is Sun and Saturn; Jupiter and Venus; Mercury and Mars; Moon and the fixed Stars. In the Elemental Sphere 4 is the 4 elements; the 4 seasons; the 4 winds; the 4 divisions of life (Animal, Plant, Metal, Stone); the 4 qualities (Heat, Moisture, Cold, Dryness). In the Lower Sphere 4 is the 4 elements of man (Mind, Spirit, Soul, Body); the 4 powers of soul (Intellect, Reason, Phantasy, Sense); the 4 virtues (Justice, Temperance, Prudence, Fortitude); the 4 bodily elements (Spirit, Flesh, Humours, Bones); the 4 humours (Choler, Blood, Phlegm, Melancholy). In the Infernal Sphere 4 represents the 4 infernal princes (Samael, Azazel, Azael, Mahazael). The Occult Symbols of the number 4 are The Emperor; the Cubic Stone; the Key-bearer, the Door of the East; the 4 Cherubim in 4 Wheels; the 4 Sea Horses of Neptune’s Chariot. The Emperor is pictured seated on a throne with the orb surmounted by a cross in his left hand and a trident scepter in his right. He is in complete armor, with the signs of the Sun and Moon on his breast. He is bearded, and his expression is strong, yet kindly. The Hebrews received the chiefest name of God written with 4 letters,” writes Francis Barrett. “Also the Egyptians, Arabians, Persians, Magicians,Mohammedans, Grecians, Tuscans, and Latins write the name of God with four letters, thus: THET; ALLA; SIRE; ORSI; ABDI; OEOS; ESAR; DEUS.” In English we have Lord; in French Dieu; and in German Gott. Man receives from the world of Asiah the Nephesch or physical appetites. Man receives from the world of Jezirah the Ruach or passions. Man receives from the world of Briah the Neshamah or reason. Man receives from the world of Aziluth Chaiah or spiritual life. According to the Quaballistical teachings all the race of man sinned in their parent Adam, for all are contained in him. Thus the children of Adam were condemned to clothe themselves in the material prisons or bodies. From these bodies were they to reach again the lost Paradise. When an earth life was passed the child of earth could proceed from Asiah to Jezirah, from Jezirah to Briah, but he could not, unless purified from earth grossness, enter the sunlit world of the angels - Aziluth - and had therefore to re-enter the earth again to begin his penance anew.. Thus the philosophy of Reincarnation is quite in harmony with Egyptian, Greek, and Indian philosophy, and the philosophy of other nations regarding it. Four is the number of endurance and immortality, discovery and accomplishment, firmness of purpose, realization of hopes, rule, power, will. The Hebrew equivalent of the number is Daleth. The Vibrations are Solar, and it is always accounted as a fortunate number.” - Isidore Kozminsky Numbers: Their Meaning and Magic: https://amzn.to/2Qfs9UT

This meditation is to bring us together and in unison expand our Light and Energy to be one of Universal Love, Harmony, Abundance, Freedom, Healing  and the most positive Ascension Timeline imaginable! Let us concentrate on seeing our 5dimensional Earth already a reality...All in co-operation and by showing and being our very best in everything we do, say or think of ourselves and others...Big changes are here, and we need stay calm, positive, and trust in God and in this process...Trump is leading the way physically speaking, We, all of us,  lead the way spiritually/energetically...This is going to be the biggest en mass meditation worldwide ever...Blessings and much LOVE to all from my heart to your hearts...

Valana I opened a group just for this meditation to make sure they can all see it...I called the group MEDITATION

A Mass Meditation called “Ascension Timeline Meditation” is being organized for April 4, 2020 at exactly 10:45 pm EDT (eastern daylight time U.S.) or 2:45 am UTC for 20 minutes and we need you to help us mobilize the greatest army of meditators this world has ever seen!

Our Prayer
“Let us offer prayers and blessings
for all people and all nations of the Earth.
Let us bless that, though intense, this will also become a time
of conscious awakening and healing for everyone.
We know, from the lessons of history,
that great difficulties, disasters and challenging times
also can strengthen and unify us by dissolving the differences
that appear to divide us.
Calamities often strengthen us internally,
making us more deeply aware of the highest values of life.
Troubling times encourages us to work together,
to genuinely care for each other.
Such events make us more aware of our collective strength
when we work together as one united human family.
May we grow in unity, love and understanding.
The Lord’s Blessings be upon
all people and nations affected at this time.
May governments and all helpers move in an inspired,
co-operative and harmonious way,
so that collectively we are able to put right
whatever needs to be put right within our capacity.
Our prayer is that this disease comes to an end soon.
We believe, trust, know this will happen.
This is a prayer for our entire world and its leaders.
We pray that the greater, higher Truth which dwells inside us all
raise us up in conscious awareness of our true nature and Being
so that we become more kind, more open,
more loving, wise, peaceful and powerful in the Truth we are.
May we live fully in the joy of our real nature
in accordance with the will of the Supreme God Almighty.”
~ Moojibaba

Alan what you said is what I thought...I believe Trump is an instigator for the truth and it will come out...He loves his country and his people...yet many are fooled by the fake media