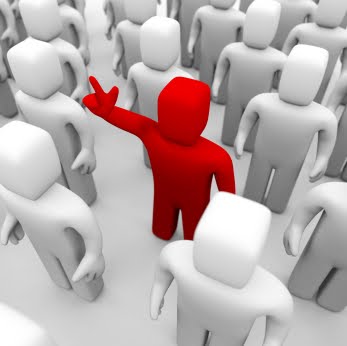 The timing of unfolding spiritual processes is not up to us—it’s up to each individual in their own time, not ours...This is why people here now to help others with the Ascension/Evolutionary Process are often called “Wayshowers”.

I knew talking about the upcoming Separation of Worlds would cause some people to worry and wonder. I’ve had a few Comments from readers questioning the possibility of leaving loved-ones behind due to the very near Expiration Date—the completion of the Mayan calendar on October 28, 2011 in combination with November’s 11-11-11 cutoff point.

One consolation to the fact that billions of people haven’t and won’t be utilizing the Cosmic, Galactic and Solar Energies flooding the planet to ascend/evolve out of lower frequency duality and polarized consciousness and materialism, is that as you continue ascending/evolving you’ll increasingly know more about complex energies and different evolutionary levels, phases, worlds and consciousness, soul development and focus, multidimensionality, and soul decisions made by yourself and other people.

As you continue this incredibly compressed ascension/evolutionary process you’ll increasingly find yourself perceiving from an elevated and expanded point of view which is High Heart or Unity Consciousness. Because of this you more easily know why a soul is ready to ascend/evolve now and why another soul is not. You will know this and more and know that every level and phase is perfect in every way.

From the level of High Heart-based Consciousness there is no lower egoic judgement, fear, sadness, sense of loss, or false perception of so-called failure. There is only expanded knowing that comes from and through ones ascended High Heart space of perception, plus a much easier ability to let go of and allow all others to continue learning and creating at whatever level and location that’s a perfect frequency match for them currently.When our lower frequency ego-self is thinking about the possibility of a loved one, our children, a family member or members, a husband or wife or friend not making the current Ascension train soon leaving the station and the subsequent Separation of Worlds, it causes lower ego-based worry, fear, emotional pain and a sense of loss and panicked need to help, heal or save them. Because of the Law of Freewill that exists in this neck of the universal woods, we cannot interfere with or “heal” anyone’s spiritual growth process for any reason without serious consequences to us. The timing of unfolding spiritual processes is not up to us—it’s up to each individual in their own time, not ours.

This is why people here now to help others with the Ascension/Evolutionary Process are often called “Wayshowers”. They literally reveal The Way while living it themselves with the intention that their actions and words and direct “prototyping” ignite more people to move from existing within the lowest three chakras, up into the Light and consciousness of the High Heart.

I know how harsh and heartless this Separation of Worlds reality may sound to some people, but, until you’ve perceived from a higher level of awareness it is hard to understand that divine perfection exists in absolutely every choice every soul makes. Believe me when I tell you that some other soul or group of souls thought and felt the same way about you at some previous ascension/evolutionary point! And look where you are now.

IT’S ALL ABOUT DIFFERENT FREQUENCIES

What is required to ascend/evolve, transition, make the Shift now? That you embody and maintain a specific frequency of Light Energy. What is that? It’s what I’ve been calling High Heart Consciousness and what others call “Unity Consciousness”. This is easier than it may sound so relax.

I just heard comedian Jeff Foxworthy doing some of his famous “…then you might be a Redneck…” jokes in my head!
If you honestly feel for other people from a higher frequency than your egoic level, then you might be Ascending! See what I mean? :lol:

If you honestly care about humans, animals, Earth, and all lifeforms, this indicates you are ascending/evolving and will make the Shift to the NEW Earth world that’s a frequency match to you. Many of us have been living for many years already in our higher vibrating homes waiting and waiting until the external world finally energetically matches us and the inside of our homes. The Expiration Date (end of the Mayan calendar and the 11-11-11 portal) indicate the final energetic Separation of Worlds will be in full effect for everyone in both worlds.

If you’re aware that other people and issues exist besides your ego, left-brain intellect and lower materialistic wants and desires, then you’ve got a great start on embodying increasing amounts of High Heart (Heart focused) Consciousness and are already energetically living Ascension Shift before the Expiration Date. And it doesn’t matter how much a person knows, how wise they are or aren’t, how many years they spent studying something, how spiritual they are or aren’t. What’s energetically required is the ability to FEEL and PERCEIVE from the unified High Heart instead of the lower frequency ego self and limited left-brain patriarchal intellect. When a person is capable of that they automatically find themselves in the Earth world that’s ascending/evolving and not in the old lower one that isn’t. That’s how little is actually required to ascend/evolve now.

Once again there is zero judgement about any of this. A person is either ready to ascend/evolve out of duality, ego-based and materialistic consciousness at the completion of these Great Evolutionary Cycles or they aren’t. If they’re not ready to graduate to the next level of learning then they’ll remain on a world within a dimension that’s a perfect vibratory match to their current level of development and focus until they are ready to graduate.

That may take another 26,000 yearlong cycle, or another 225 million-year cycle or more, or it could take fifteen seconds. It is vastly easier to take advantage of the available cyclical ascension and completion energies pulsed out from Source and the center of the galaxy and elsewhere to ascend/evolve/graduate to the next level and dimension. Freewill for all with zero judgement for whatever choice is made. It is perfect no matter what so be in Heart knowing joy for All.

"Maybe i am indestructible, cause of my Soulmates. They are very Strong. Some of my Family Members told me i got a strong Soul, when my Dad dies, because i do not cry so much. I have hope and i trust God. I only cry when i see others cry i care for.…"

"Mark of the beast (aka QRC)

Interesting to see it dating back in the Mayan’s timeline.

"https://youtu.be/MXUDP6HP4qk More music incoming. Big Dc and Marvel superhero fan here and the music they bring is epic it has a way of cheering one up :)"

"Things may seem dark at the moment DemonOrca, but we have help here on Earth and from beyond Earth. No way will this planet fall and be taken over by some cabal bent on total control of the Earth and Humanity. Things are going on behind the scenes…"
More…
Loading ...