Many eons have been spent preparing for this extraordinary event, and now, with the preparations complete, a most wonderful experience is about to envelop you...Many once thought that pain and suffering were holy in the sight of God, and that to embrace them endeared them to Him. Now the invalidity of that belief is becoming evermore obvious. God is Love. No discussion necessary!...Pain and suffering are inventions of humanity, made to add spice to the illusion, and what enormous misery they have caused to so many...(God) knew that your seduction by it would come to an end and that you would want only to return Home. Now that time has come. You are close to awakening

The awakening of humanity into full awareness of its true identity will be an event of enormous importance for all of God’s divine creation, and that importance cannot be overemphasized. Many eons have been spent preparing for this extraordinary event, and now, with the preparations complete, a most wonderful experience is about to envelop you.

For thousands of years many loving beings have been entering the illusion and moving among you, demonstrating Love in action. Your various religions have told you about them because frequently, after these beings had visited you, some of their followers founded religious organizations to carry their message forward for the benefit of all. However, as with all organizations that have been formed within the illusion, as time passes the message that they profess and promulgate becomes distorted and corrupted, and the organizations become obsessed with their own continuing existence and with internal leadership struggles.

Consequently, they lose sight of the message that they were set up to proclaim, and the people whom they were supposed to help become disillusioned and drift away to form their own alternative establishments with conflicting dogmas that they often present as inviolable truths to all who will listen to them.

Much harm and suffering has been caused by these unfortunate misrepresentations. At first all of these organizations were founded with the best of intentions, but sooner or later they lost their way, as the distractions the illusion provides drew them into competition and disagreement with each other. Then they sought to attract new members either by changing the message they offered to suit the situation in which they found themselves, or by reinforcing the dogmas they had already developed and by adding grave threats of eternal divine punishment to those who ignored or deviated from them. A large proportion of humanity has now realized the invalidity of these threatening and unloving dogmas and has come to understand that the only belief that makes sense is in a God of infinite indiscriminating Love for all mankind. Any other belief obviously makes no sense at all. And of course Love is the energy that flows through all of creation, providing life and consciousness for all of God’s children regardless of their beliefs, ethnicities, or places of residence within the divine cosmos.

There are still large numbers who would cling to insane dogmas out of fear, and who need to persuade others to join with them so that they may convince themselves that they are righteous in the sight of their harsh judgmental god. But even among them many are beginning to see the Light, and they are starting to realize — even if they cannot yet admit it to themselves — that those paths of belief in their own righteousness and their consequent self-given authority to condemn others which they have been following so enthusiastically, and which they attempt to frighten or persuade others into joining with them, are dead ends, leading nowhere, and offering only further pain and suffering.

Many once thought that pain and suffering were holy in the sight of God, and that to embrace them endeared them to Him. Now the invalidity of that belief is becoming evermore obvious. God is Love. No discussion necessary! Any attitudes or behaviors that are unloving are not of God. God does not want anyone to suffer, even someone that all of humanity might see as an abomination, a fulfillment of all that is evil.

Pain and suffering are inventions of humanity, made to add spice to the illusion, and what enormous misery they have caused to so many. Finally you have reached the stage in your spiritual evolution where it is becoming abundantly clear to you that a loving God would never ask you to suffer on His behalf. What need could He possibly have to see you suffer? He Loves His creation with all of His infinite and majestic Heart, and He constantly demonstrates His Love — because He loves, and in order to teach the unaware, the unknowing, the sleepers, that Love is all there is.

This is Reality – God’s infinite and abundant Love for all of creation – and it is into this state that humanity is to awaken. It is inevitable, unavoidable, and divinely assured for you, because it is the Will of God. To enter the illusion and experience all that it had to offer was a choice that each one of you made. God immediately provided the way out and the necessary guidance for you to find the exit, because He knew that your seduction by it would come to an end and that you would want only to return Home. Now that time has come. You are close to awakening and He is encouraging you to do just that. It is now also your will (in fact, it always has been — you just forgot). And so it will happen. Whenever you align yourselves with the divine Will, miracles occur! 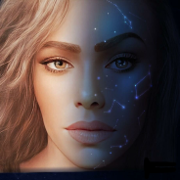 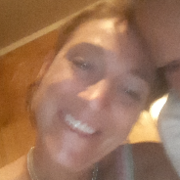 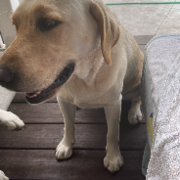 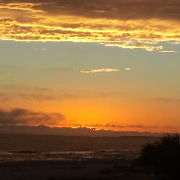 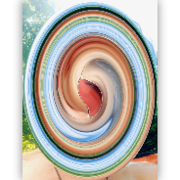 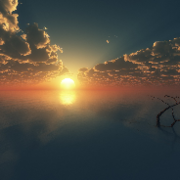 "They should do something cause some pple read threads or even blog posts to follow the comments and replies. So they don't like those with 'zero replies'."
More…
Loading ...