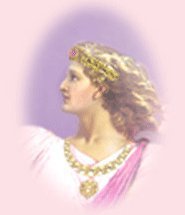 I am Sanat Kumara. I am the One you have known, each of you has known, in many times previously. For we have fought many a fight. Not the kind of fight you would think of though. Not the battle you would know of today but a fight for love and understanding. We have been there in the trenches, you and I. To all who would be in this room and to most who would be reading these words. For I am One who is known as the “One Initiator”.

I am the One who is there whenever there is that change in consciousness that movement that takes you to the next level of your being. I am there with you at that time. And have been many times before. But now at this time, we no longer call it initiations because that is no longer necessary. In the past, it was an initiation to move from dimension to dimension. From vibration to vibration. In order to receive that initiation you had to go through much. Many of you have done that in the past. If not in the bodies here in the Earth, in your other systems that you came from.

But now the time has changed. It is a new time. A new awakening. It is the time to start anew. With a new body. Not that you will not have your physical body, you will. But a new body of vibration. A new body of light. Some have called it the rainbow body. You are taking that body on once again. You are taking on as a cloak over you. For it is really no different than that.

It has been said that the year you are in now is a year of transformation, a transition. That it is. This is the year when all that you know of is going to wash away. That tsunami of love that has been spoken of many times. Just as the old is washed away in the wake of a wave, so too will this tsunami wash away all the old ways, the old programming that you have become accustomed to. It will wash away all that is no longer needed. For you are approaching a new life. A new level of understanding within you. And in many respects it will appear as a new life for you. But in reality it is not. You are returning home, each of you are returning home from whence you came. From the One-ness that you know already.

All is about to change in the twinkling of an eye. And you, dear ones, are here to be a part of that. As you have been there in other times and other places. In other galaxies. For you have moved into a system and scattered it asunder. Just as is happening now to the understanding of what you know as the 3 dimensional illusion. For it is being taken down piece by piece to be replaced by the new you, being the collective You here.

We are prepared and have been for some time. You are preparing and have been for a long time as well. When the time comes, as you know it is not too far off now, no we will not use the word soon or imminent, but we will say on the verge. You are standing on that precipice, each of you. Ready to jump when the announcement is made, the clarion call goes out. It is coming!

All of my peace and love and understanding and joy be with you now as you hear the changes coming. 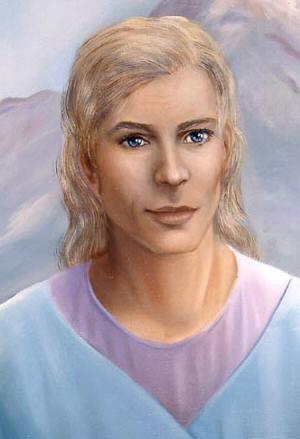 Adama
I am Adama. I come to be with you now from that which you know of now as the Hollow Earth. From our Telos, your Telos. Because each of you in this room now, may already be aware of it, each of you have been there before. You were there with us as brothers and sisters, long ago, in the Earth’s time frame, there on our beloved land of Mu. For we worked together as a family. To make everything in our civilization at that time as perfect as it could be. Then, as you know, the Dark Ages came upon us. Not without warning for we knew ahead of time, that it was coming. It allowed for those of us to prepare. To find what you would call refuge. And where did we find refuge? In the City of Telos, deep underground.

And soon, yes, I will use that word, because we are right here with you on this, our beloved planet, Gaia, Terra, we are here with you. And we are aware of all the things that are happening here on the surface. We monitor that on a daily basis and we know of the lights going off in each one across the planet. We know as consciousness changes that those lights flicker more and more grow to ever increasing brightness until they become the violet flame within each. That is what those of you here in this room and those who would be reading these words are about to do. You are about to become the violet flame once again.

Indeed, those of us who mentor to you, your brothers and your sisters, are here ready to emerge from our deep refuge, to be back on the surface with you once again. To intermingle, to join once again with our brothers and our sisters, our family that we left behind in those times long ago.

We are anxiously awaiting the time for our emergence. We have grand celebrations planned, both here in Inner Earth and there, on the surface and yes, up in the ships as well. It will be as if you are going from one party to the next. We think that you will not mind that for you have worked and worked and worked in your many lifetimes here to bring you to this very moment you are arriving at! We think all of us, believe, that you have earned the right to party.

But it is going to be unlike any party you have ever attended. The celebrations are going to be many and varied and in some respects, wild! Not in the sense of drunken stupor-ness but wild in ecstasy and joy. For you, my brothers and sisters, are coming home. And we are coming home with you as well.

All my peace and love be ever with you as we continue on this journey together. I am Adama. Adonai.

Views: 309
E-mail me when people leave their comments –
Follow