On March 22nd this year, the mothership I'm most closely connected with in the Ashtar Command gave a single flash high overhead, in a 'triangulating' position to the stars Canopus and Sirius. I've seen angelic beings and lightships flash at the apex of a triangle formation to those two stars (the two brightest stars in the nightsky) a number of times this year. This is something new to me in 2021, and on March 22nd, a mothership I know as the Meri'Ashar (Mary's Star) decloaked in that position, clearly revealing her large disc-shape of bright white light, rimmed in rose-violet, with aqua light flowing through the white.

There's a rectangular-shaped ship docked beneath the mothership, with a smaller bright white ship to the left (see cropped photo below, with the ships circled).

I'm thrilled to be able to share this photo, as I've seen her many times as a tiny point of light flying across the sky or giving a few flashes, but never this close, and openly revealed...given as a signal of how close the convergence is now, for the fleet to be able to reveal more of its presence, and ultimately, openly to humanity. Onward! 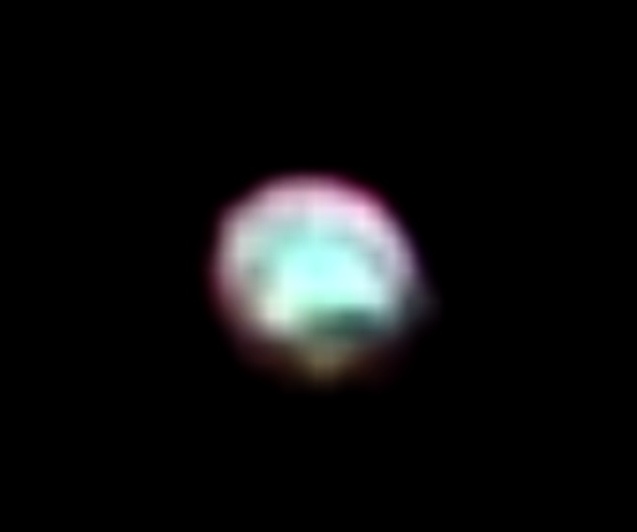 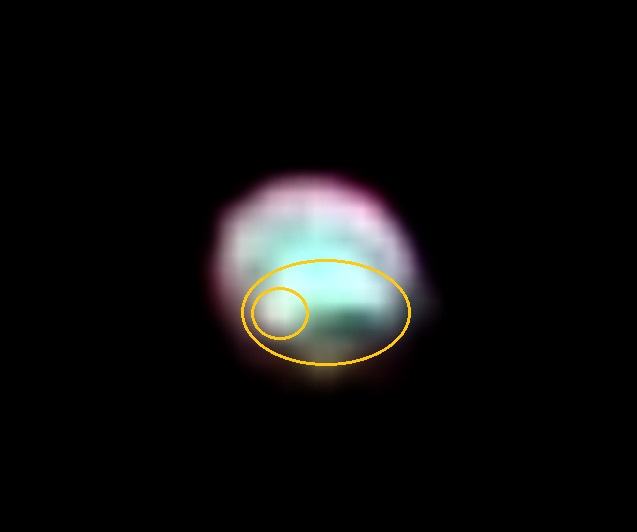 PS: There's a page about the Meri'Ashar here for anyone this resonates for, who'd like to connect with her.