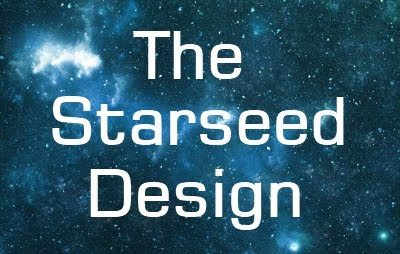 The awakening of humanity is proceeding apace. All is exactly as it should be...Waiting for the arrival of this mind-altering event continues to be stressful for very many of you who have held the Light and the vision...That was one of your reasons for being on Earth at this time...It is a vision of immense power that you are bringing in to being, to replace the illusion in which you have been hidden for so long...(Illusion) You are about to discard your belief in it, lay it to rest, and allow it to dissolve into the nothingness from which you made it. The moment for eternal rejoicing is almost upon you

The awakening of humanity is proceeding apace. All is exactly as it should be, as more and more of you start to become aware that enormous changes in the way you live and experience life are shortly to come into effect. The first signs of this are already visible and being reported, mainly in the alternate and independent media, but there are also brief snippets occurring in the mainstream news. Watch out for them there because reports from that area give you what you might call more tangible evidence that great changes are underway – at last the mainstream media are starting to tell some of the truth, and that is in itself inspiring.

Waiting for the arrival of this mind-altering event continues to be stressful for very many of you who have held the Light and the vision for so long with such eager anticipation. That was one of your reasons for being on Earth at this time, and you knew when you elected to take it on that it would not be easy, although you also knew that you would have tremendous amounts of assistance to help you to achieve your aims and assist in the awakening of all of humanity. Remind yourselves frequently of the vision that you have been holding and make regular contact with others on similar paths because it gives you added strength and confidence when you associate with those who are also holding this vision.

It is a vision of immense power that you are bringing in to being, to replace the illusion in which you have been hidden for so long. Its arrival is of enormous importance as it will finalize your release from the shackles that have bound you so firmly to unreality and suffering. It will allow you to discover and revel in who you truly are, who you always have been, and to delight in the return to your natural divine state. All on the planet are set to take part in this amazing new vision that will inspire and uplift humanity to undreamed of levels of harmonious cooperation, enabling the undoing and repair of the damage that has been inflicted on the planet and on so many of her inhabitants.

As you awaken you will find yourselves offered boundless assistance in the task of cleansing and renewing the planet by those who have watched over you for eons, and who will provide you with fantastic technologies, way beyond anything you have ever imagined, which will make the task of planetary repair and renewal swift, effective, and easy. And of course they will provide or demonstrate to you new ways to access the energy you need to run all your essential services without the collateral damage and pollution that has always seemed to be unavoidable with your present vast complex of industrial systems.

Pollution and toxic waste are not the inevitable side effects of industry! What has been occurring on Earth under your stewardship has been a complete disregard for the responsibilities that living on Earth involved. You have been operating a system of rape, pillage, and destruction, and when all of value had been extracted from a site you just moved on. No wonder the Earth is in such a parlous state.

This will all change. You are finally becoming ready to take on the responsibilities that living peacefully, abundantly, and joyfully on Earth rightfully demand of you. And when, ably assisted by those who have come to help you, you do so, you will find that it is not a task of time-consuming drudgery but a most creative and inspiring experience that will bring you inordinate satisfaction.

Yes, many of you have for a long time been very concerned about the constant despoliation of your beautiful planet, and yet it seemed that there was very little that you could do about it. However, your various movements to bring this knowledge out into the open have been most effective in bringing about alterations in people’s attitudes, and an awareness of the great need for change in your industrial practices. And this enormous change in awareness is part of the awakening process that you have been undergoing.

To live in peace, joy, and harmony is your desire and has been your dream for eons, and now you are on the threshold of creating it. You have never been alone, either as the human race on Planet Earth, or as individuals. Mostly, this has not been apparent to you as you buried yourselves in conflict, disagreement, confusion, and sometimes even total despair as you played your unloving games of winning and losing within the illusion that appears to you to be so real.

Nevertheless, those in other realms — i.e. aware of but outside the illusion — have been with you constantly, offering unlimited support and love, but when you are totally engaged in the games that the illusion provides for your unceasing distraction, it is extremely difficult for you to be aware of anything other than how to survive in this ever-threatening environment. To you, of course, it does not seem that are you are engaged in playing games; your environment seems totally real and absolutely deserving, in fact demanding of, your full attention in order for you to assure your survival within it.

Now, however, the utter insanity of your present state of existence is breaking through into your conscious awareness and insisting on your acknowledgment of it. It is a shock and a relief for many who have had such a strong and intractable belief in the illusion and all of its accompanying misrepresentations which you have been led to believe is Reality. It really has been quite a game that you have been playing with such concentration and intent for all these eons. Rejoice in the confident knowledge that it is finally coming to its conclusion.

The anxiety, fear, uncertainty, and suffering that you have been experiencing will come to an abrupt end as you awaken into your true state of oneness with God and all of His divine creation, and recognize yourselves once more as divine beings, infinitely loved and of infinite value. When that happens you will find yourselves once more in Reality — your eternal Home — in a state that is more Real than anything you could ever have imagined while you were shut down, disconsolate, fearful, and effectively buried in your illusion. You are about to discard your belief in it, lay it to rest, and allow it to dissolve into the nothingness from which you made it. The moment for eternal rejoicing is almost upon you, so hold your Light on high, share it unreservedly with all, and know that the moment for your awakening draws ever closer.

I don't know how to express my gratitude for you, Jesus and John.

Thanks for sharing, will do the same with those around me; gotta be ONE to know ONE. Love & light  : )

Powerful message Karma, thanks for passing it along.  I have felt so "intense" at times, it really has been quite the ride, and I know that we are in store for more... so I am ready :)

Thank You so much, dear Sananda

If you want people to respect your views, you need to show more respect for theirs. Writing "your an a******" accomplishes nothing for anybody, least of all yourself.

I hope you find the peace you are looking for.

Could you please more precisely define what you understand as "Illusion" and what you consider to be "Reality"?

I think and feel that "everything is as it should be" is an illusion, too! If everything was fine - there was no need to change anything; nor would there be any need for anyone to awaken.

I send you as much love as I'm capable of currently. :)

Drekx Omega commented on the blog post 'DIVINE MOTHER SPEAKS OF VULNERABILITY PARTS 1, 2, 3 AND 4 OF 4 (MEDITATION - HEALING EXTREME VULNERABILITY AND ISOLATION)'
"A very important lesson, in this time of global "health fears," being artificially…"
20 minutes ago

Drekx Omega replied to the discussion 'Coronavirus patients no longer infectious after 11 days, comprehensive study finds… perpetual lockdowns not based in science'
"This whole virus narrative is about the US election, in America and extending the Brexit…"
2 hours ago

Alan liked amparo alvarez's blog post THE 9TH ARCTURIAN COUNCIL: YOUR ARE THE STARSEEDS AND GALACTIC GROUND CREW
5 hours ago