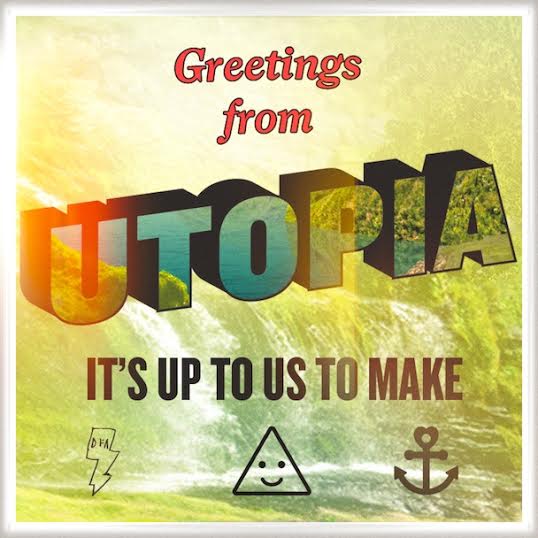 You Are Everywhere by Dr. Ram Sharma

You fall from my eyes in the shape of drops

You come to me as unforgotten dream

You are string of invisible relationship

You have your presence on my life’s board

You are source of happiness and sadness

You are not here and there

It is challenging for mankind to see the Creator as energy.  Existential Energy is brilliant – way beyond any human intelligence on this planet.  It is made of female and male energy so when one refers to it as he, that label is erroneous.  The first human Universal energy created was Adam.  Adam was composed of both female and male energy like all of existence.  Adam was happy within himself and all of existence.  However, one day the Creator instructed Adam to use his rib to create another human called Eve.  That is how the Creator in human male and female forms developed.  When Eve was tempted by the snake and ate the forbidden apple, the Creator felt humans needed to learn lessons and gave them free will to do what they pleased.  Adam was so distraught about disobeying the Creator, he prayed for forgiveness and of course, it was granted.  The Creator sent Archangel Raziel down to Adam.  Archangel Raziel gave Adam “The Sefer Raziel Hamalach,” the book containing the Secrets of the Universe.  And so life began on planet Earth.

Humans learned lessons about fear, greed, war and so many other painful tutelages for millenniums.  However, there was a time when Earth was like Heaven.  It was during the times of Atlantis approximately 200,000 years ago.  During this time, communities worked together cohesively sharing ideas, foods and talents.  Each person supported and helped each other.  There was true abundance in every form – prosperity, health, relationships.   Everyone lived in bliss and each day was an adventure full of surprises.  Humans had the ability to manifest anything they wanted so there was no need for competition and “survival of the fittest.”  One day, control and greed took over and the souls who were tricked were not able to forgive themselves.  They saw Atlantis fall from grace as every being was destroyed.

Prior to its destruction, a group of Atlanteans knew the demise of Atlantis was soon to occur so they needed to relocate precious crystals to prevent them from being destroyed or used for negative purposes.  The Galactics, mainly the Sirian-Pleidian Alliance helped the Atlantean loyalists with this secret mission.  The group of loyalists were called the Agarthans.  The 9 crystals the Agarthans saved underneath our planet have been activated every year.  For instance, one crystal was activated on 11/11/11 and another on 12/12/12.  These crystals allowed us to reach higher dimensional frequencies.  These crystals brought balance as well as beautiful, calming energy to our planet.

On December 21, 2012, a surge of love energy was infused onto planet earth.  This could only have happened through prayers and meditations of a multitude of  groups around the world pleading for a magnanimous change.  Even prior to 2012, our DNA was gradually changing from carbon based to crystalline based due to humanities prayers.

The year 2013 was a time of assimilation of these intense energies.  It gave us the opportunity to release emotional disturbances and negative mental patterns embedded in our subconscious.  The year 2014 is the time to recognize the powers within and manifest whatever we want.

About 70% of our population were Atlanteans using our powers to live in peace, harmony and bliss.  We were devastated by the destruction of Atlantis and those memories are stored in our subconscious.  We blame ourselves for the tragedy that occurred at Atlantis.  Whether we were the deceived or the deceiver, we have not been able to forgive ourselves for this traumatic event.  The great news is the Creator and all the divine loves each and every one of us unconditionally and forgives us completely.  Now we must offer that love and forgiveness to ourselves.

The Creator in human form is every one of us.  In the heavens we have a pure soul filled with love, peace and compassion, but when we are born, we forget about our purity.  We have karmas embedded in our subconscious, our Book of Life, from every lifetime on earth.  For many, Atlantis is deeply engraved in our memory banks.

There are also Avatars who come down to this planet.  They are also the Creator in human form.  However, in their past life they became enlightened meaning they reached a state way beyond our human 3rd dimension.  These Avatars have reached the level of total purity.  They have no anger, worry or fears.  They go with the flow of existence and live in total bliss.  These beings could be crucified, imprisoned or abused and still retain their smiles and happiness.  They choose to take a human form to help humanity.  While humans must continue to take a human form from life to life until they achieve pure consciousness, Avatars take a human form due to the purity of their heart.  Jesus, Muhammad, Murga, Buddha and St. Germaine are all considered Avatars.  They are an incarnation of the Creator at the highest level.

We are all the sons and daughters of the Creator.  That energy is the Universe and we all contain a part of that energy.  In our physical 5 foot or 6 foot frame is existential energy.  We are all one!

We mentioned earlier, 2014 is the year to manifest anything we desire.  It is also the year to transform our planet into a world similar to Atlantis.  Mankind needs help.  Even though there are Avatars and Saints currently on our planet, humanity requires aid from the entire Universe.  There are Galactic brothers and sisters readily available to come to our assistance.

Since existential energy is pure divine intelligence, it can be transformed into any form at all – humans, trees, animals, sea creatures, mountains, stars, clouds, tables and so on.  Our Galactic brothers and sisters are another form of us.  Some familiar names are Arcturians, Pleidians, Sirians, Agarthans, Hathors and many more.  Some of these Sentient beings prefer human bodies, some like animal vessels, some enjoy half animal and half human forms, some like ten arms and it goes on and on.  It really doesn’t matter what form they take because their souls have pure love, peace, compassion, unity and harmony for the entire Universe.  Ganesha, a favorite divine being of many people of all religions, has an elephant head and a human body.  Ganesha removes obstacles, is fun and loves sweets!  All the divine Sentient beings are fun, playful and full of love.  The soul is the Creator energy and our bodies allow us to enjoy the wonders of the world in a physical form.

Here comes the most exciting part that was supposed to be a surprise to all of humanity.  All lightworkers are anxiously awaiting the arrival of our Galactic brothers and sisters.  Our Galactic family will be coming to planet Earth in forms we love.  Those forms are our deceased relatives, beloved pets and other forms you truly wish them to be.  They will only come when they are invited and feel welcome.  Humanity has free will and the Creator will never take that free will away, so we must ask them to join us with our mission.

There is a way for people around the globe to join together as one to bring our planet back to its Utopian beginnings.  The information exists on another website.  Initially, you may feel this assignment is benefitting one person.  In reality, this task is helping all of humanity and the entire Universe.  It will demonstrate the power of the collective consciousness to perform a miracle.

Moses had explicit instructions from the Creator to save his people, not just himself.  If Moses went alone to the Red Sea, do you think it would part?  The Red Sea parted because the collective consciousness trusted Moses and listened to his words.  There were no chosen people.  That particular group was identified as the Israelites.  However, the Creator was helping the souls who prayed to be released from slavery and genocide.  Thoughts are extremely powerful.  What goes out comes back.  The Israelites were praying for salvation and the Egyptians were passionate about killing.  The Universe doesn’t determine good or bad.  The Existential Energy gave the two groups their intense wishes.  That is why the Jews were saved and the Egyptians were destroyed.

Please listen to this radio interview from July 2013.  It is one hour.  You will hear the joy and laughter in the voice and feel the truth and integrity within the words.  After listening, please go to http://educationalhealing.wordpress.com and see how we could have Heaven On Earth right now!

"As i read it is only because Im educated that i know the meaning of each word as i read it and i guess this process ive become quick at over the years. Like i only have to scan a few words to understand their definition and i can pretty much gather…"

"Black and white, No grey. I hate that i might not get the opportunity to communicate with higher knowledge and dimensions is im blocked somehow from this. Like i cant even accept it. but i dont see how i can. There has to be more to this."

"I never have intuitive feelings, and im a terrible judge of character. I dont live with anything. I have not got that going on. Like i want it going on. I listened (voice to texted the violet eyes. Thats cool. My eyes change from blue to green. And…"

If you tell most medical doctors that essential oils bring about healing with no negative side effects, they won’t believe you. This is because in medical school, students are repeatedly told by their professors that all effective medicines have…
See More

"Sometimes it's less a "voice" and more an intruitive feeling, so you know it feels right...You may be using effective intuitive skills without even realising that this sub-conscious guidance is coming from your higher self...Or maybe an ascended…"

"You would think so but if an inner voice reflects prior lives or currently running simulations I dont know, maybe this is my first life. My lack of inner voice has given me the got nothing to do time to learn so much. I am not materialistic in any…"
More…
Loading ...