DUMBS for Dummies;Down the Rabbit h***& through the Maze.: part 2;10 Days of Darkness 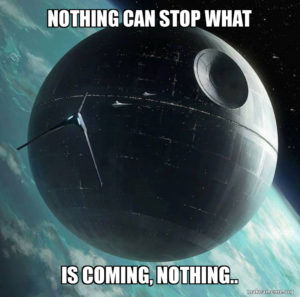 Its getting pretty crazy out there in the cyber net world, lots of info and dis-info. So what is really going on, well my friends no-one really knows for sure but I do see a pattern starting to emerge. Certain themes are coming together, that is they or we are starting to share some of the same views even though its all still very confusing.Many of the last blogs that I re-posted and the last one that I wrote are dealing with which camp are you in, do you believe the china flu is a bio-weapon from the DC in Wahun china  or was it just accidentally released and the 3rd story now coming from the CCP [ Chinese communist Party} is that the US created it and released it on China so that they would have someone to blame for what has happened in the US and around the world.?

I side with Simon Parkes in that China created it to take down the US and then the rest of the world. Yes the DC scientist dr. charles lieber was one of the persons involved in creating the bio-weapon but the white hats was on to him and when he tried to enter the US he was detained and they found 21 vile's of the covid#19, that was going to be combined with another that would have made it the most deadly flu virus ever released on the US. His counter part was a Chinese person who also was offered a huge amount of money to sneak out the viles. He his 23 viles of the 2 part virus in his sock drawer in his apt. and carried 6 vile's to the DC person in the Market, the deal went sour and he was shot after only giving 5 vile's he droped the 6th one and released the china virus right there. They both died later but the 5 vile's got out of the country and was released in Italy, Iran and two in the US one on each coast, That's 49 of the 50 vile's that was made. Wheres the last one?

Rumor has it that china is now having a resurgent of the covid#19 so maybe thats the last one but remember none of them are really deadly until the 2nd part is inserted into them but they do spread extremely fast and that 2nd part is in a lab in the US who may or may not have that last missing vile, so China should maybe back down of accusing the US for what the DC members of both countries were involved in. The virus was supposed to kill millions of people world wide but is now without the 2nd part a very weak flu that kills far less than the common flu does each year. KILLING MILLIONS was only a small part of the Deep States plan. They wonted to scare people so bad that they would all line up in groves world wide to take Bill gates Vaccines that is designed to kill off the rest of them who are stupid enough to take the deadly Vaccines.

The 3rd part of the plan was to cause a economic collapse 1st in the US, then world wide as people eyed the ''Social-Distancing'' and self quartene in there homes. Then Billions of people would have lost there jobs instead of just millions that is now going on. Then the plan was for China as the 2nd most powerful military in the world, and who is the acting out of the NEW WORLD ORDER, would then invade the USA and then or at the same time the rest of the world ! i know this all sounds crazy like its out of some sci-fi book or Holly-wood movie but its is real but thanks to our White Hat allies it did not turn out that way and will not, I repeat, it will not, Because- Trump and his 151 nation allies used the looking glass effect to see into the future and use the DC's plan against them. Note here that they upgraded to a super qua-tom com-perter.

That is why they have done nothing much to down-play how bad the China virus really is, for they [both sides ] wont the people to stay indoors and obey the Social -Distancing, to keep people from civil unrest or civil war in the US and other 151 countries of the allies. So that they can continue to go after and arrest the Deep-State members all the way up to the top of the Illuminati pyramid . It is said that they have over 500,000 indictments and another 500,000 on the way. They and there allies have moved there top military under Shian mt. in Colorado. One million National guard and military reserve troops have been called to active duty to take out the last of the DC strong holds and take back the million of children and some adults they have captured each year as slaves , s** slaves and torture the children and then remove there blood to make the dreaded Adreno-Chrome Drug, made for the rich and famous as the most dangerous and most expensive Drug in the world.

While these arrest are being made Trump and Allies are comforting the people by sending them re-leaf cks. They cannot tell the people the truth that we are fighting the worst war the world has ever seenor else it would ruin it, and people would not believe it in the 1st place, but it is the truth! as far as I can see and I have been into this movement for 35 yrs. But then again don't believe anything that I or anyone else says, go and ck it out for yourself before the net goes down. Opps I just let the cat out of the bag. The FEDERAL RESERVE Lost there contract in DEC. 21 2012, when the Ascension movement started. So Trump has dissolved the fed into the US Treasury and as of April 1st-''april fools day'' it is no more, on this day there will be what is called  Black Wed. every thing will be shut down, all they banks, The Central banks that was controlled by the feds through the World bank will be no more and the other banks will re-sit there banks under the new Treasury $.

It is said it will take 10 days for them to re-open, this is called the ''10 days of Darkness'' the world will experience and again people will not know what is really going on and will probably Freak out. At the same time the military and allies will take out the last Dumbs and strong holds of these sick evil rich and famous people, many of them are not human. Trump and allies will have completed there jobs for the most part and the lock-down will be lifted except for the lg cities, where the 500,000 live pretending to be human but are Satanist and Aliens, who were ancestors of the ones who started this NWO- Deep State thousand so of yrs ago if not more. So hope you got all your supplies by now and take out the money by 4-1-20 of the banks that you will need if you live in big cities, for a couple more months. Some time After this 10 day black out, It will be revealed to the people of the world bit by bit, just what really happened and again people will be freaked out but happy, that We the people are once again FREE,NO MORE SLAVERY by the EVIL ONES. Of course Trump and his Allies will be famous around the world and don't forget all the inter -net Rebel Warriors like myself and many others will have the recognition and support that we too deserve. Victory is ours,nothing can stop what is coming, nothing. We are all one and one for all, Amen. Adonai rev. Joshua Skirvin

In the last paragraph I forget to mention that 3 to10 days of a black out,starting 4-1 20 there will be no TV or ph service or bank service or internet. There will be Emergency Broadcast programs sometime after the 1st 3 days that could last 10 days. The program will be long 8 hrs and run 3 times a days. We will then find out what the real truth is of what was and is going on, do your homework my friends for we are only getting what they want us to have.We are one. Adonai

Drekx Omega commented on the blog post 'Barack Hussein Obama is a Puppet of the Dark Cabal and NOTHING MORE....He Does Not Serve Within the GFL nor Planetary Hierarchy'
"As I write this, Barry has just been wheeled-out, to make a 'virtual townhall' commentary…"
6 hours ago

Drekx Omega commented on the blog post 'Barack Hussein Obama is a Puppet of the Dark Cabal and NOTHING MORE....He Does Not Serve Within the GFL nor Planetary Hierarchy'
"Back in 2012 I gave warnings that were ignored by several of Obama's fans on…"
7 hours ago

Drekx Omega commented on the blog post 'Barack Hussein Obama is a Puppet of the Dark Cabal and NOTHING MORE....He Does Not Serve Within the GFL nor Planetary Hierarchy'
"FUTURE PROVES PAST: 2020 OBAMAGATE COMING TO A THEATRE NEAR YOU>>>"
7 hours ago

Carolin Radcliff commented on the blog post 'THE PATRIOTS LAID THE TRAP, (DS) TOOK THE BAIT, UNITY IS GROWING (VIDEO)'
"Lol, it's all part of the Grand Show, to wake humanity up!"
7 hours ago

Drekx Omega commented on the blog post 'Message of Calming To American Voters and The US Republic'
"US Senate hearing into operation "Crossfire Hurricane" is now in process....KEEP…"
11 hours ago

Drekx Omega replied to the discussion 'OFF-GRID ‘HEMP HOUSE’ MADE ALMOST ENTIRELY FROM HEMP AND SOLAR PANELS...LOOKS COOL'
"Wakey, wakey, Pet...!! You're on [for answers..!!] ;-)"
12 hours ago