World events should intensify greatly during Autumn Eclipse Season 2014. The war on the Islamist State will intensify. Issues with Israel and Iran may break open. The economy may face new shocks in October. Issues with Russia may intensify. And other important global events may happen also. The Middle East is in the process of great transformation, with more and more chaos engulfing the region. It is getting more and more complicated there, and allegiances are always shifting. Eradicating the "enemy" is impossible and the bombing in Syria and Iraq is only stirring up a hornets nest of world violence.

The first eclipse, the Total Lunar Eclipse in Aries is a Cardinal T-Square makes close aspect again to the USA Sun and Saturn from its natal chart of July 4 1776. The USA over the next year will be going through much important change. It is in the process of losing its Superpower status, and becoming a more equal member of the world community. Military and Economic challenges will greatly affect the USA over that time period. The Aries Full Moon Eclipse Cardinal T-Square will tend to bring up issues about independence versus making relationship. Also issues around empowerment and self assertion are likely to come up.

Do your best to balance your own needs with the needs of others during this time period. You may be pressed to make improvements in that area of relating. Remember you are breaking out of old programming that limits your ability to actualize your authentic soul self and to find more purpose and satisfaction in your life. During this Autumn Eclipse Season you may become more aware that you have been trying to be someone you are expected to be instead of being true to your self. Begin or continue to let go of people who you have developed unhealthy dynamics with. In some cases you will be able to work out these dynamics with others and transform how you relate with them.

There is nothing to freak out about during this Eclipse Season. The best way to look at it is to see that movement is necessary now in order to align your self with the waves of change from planetary configurations. It is so easy to just be a servant to our habits and usual patterns of behavior. During these Eclipse Seasons we are reminded that life does not stay the same. Our lives have seasons just like nature does, and we need at these times to put to rest that which is ending, and to open up to an embrace the natural transformations. The Cardinal Grand Cross earlier this year opened the gates to a new collective and personal chapter of our lives.

Now the Autumn Eclipse Season pushes us further into that new chapter, and in the process helps us to release the old and press on into the new. We are closer than ever to a full admittance into the Age of Aquarius. The birth pains may increase at times, but keep your eye on the bigger picture: Birth of a New Age.

Saturday July 24, 2021  9:00 AM (Pacific Time) - $35Throughout the ages, certain individuals have been given special missions and assignments to monitor and protect the planet by guarding portals, magical holy treasures and dark gateways to the…
See More

"@san --There is a 13 degree pole shift in progress causing some and weather weapons causing some. Financial crisis!!! Politicians have stolen several generations of our children's money for the cabal. The world has been bankrupt for years. They…"

"While we are angry about Corona and vaccine, natural disasters break out elsewhere. I think you can speak of a larger scale. Do you really believe that the dark side is behind every large Flood, Fire or Erthquake on Erth? What if not? Shan (Erth)…"

"Is the corona pandemic just a pretext to hide a financial crisis? Quite time-consuming and the reason for more financial problems or these problems were already there before and it is explained with the pandemic? What if it did. is? Does the virus…"

"Rand Paul grilled Fauci in a congress hearing, the days of Fauci should be numbered, if we were in a real world. lol" 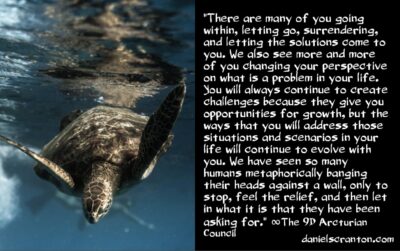 Little Miracles All Around You ∞The 9D Arcturian Council, Channeled by Daniel Scranton“Greetings. We are the Arcturian Council. We are pleased to connect with all of you.We have enjoyed the process of getting to know humanity on a more intimate…
See More Universal Incomes: Saving Grace or the Last Blow? – Part 2/2July 23, 2021 by Steve Beckow (Concluded from Part 1, yesterday.)To return to what was really more my question than yours, bb, I confess I don’t know how we’ll guarantee distribution after…
See More
More…
Loading ...

How Black Tourmaline can Help the Empath During These Unprecedented Times

Started by amparo alvarez in Healing, Auras and Chakras

The Art of Division

Daily Inspiration - Life is too precious to waste...