Fresh into a new year in the western calendar, the brightest star in the sky, Sirius, is at its annual zenith ~ its highest point in the sky occurring at midnight on New Year’s Eve (which may be direct overhead or slightly angled, depending on where you are on the planet). The vibrational ‘flow’ from this star to Earth aligns strongly at this time (as well as during its mid-year peak during the Lion’s Gate period, calculated on the heliacal rise of Sirius from the Ancient Egyptian era and calendar).

We’re also coming into a ’12’ year (2019 = 2+0+1+9 = 12) vibrationally, and 12 represents the ‘circle of life’…expressing through western astrology as the circle of 12 zodiac signs, in Chinese astrology the 12 year cycle, the 12 months of the solar year, 12 lunar months of a lunar year, with a day being 2×12(24 hours). The number 12 is a sublime number mathematically, and widespread through religious symbolism, from 12 tribes of Israel, 12 disciples of Christ, to the 12 petals of the Heart Chakra in Hinduism, and so forth. 12 also reduces to 3 (1+2=3), the triangle~triune~divine triad~sacred trinity~threefold flame vibration that is closely connected with ascending personal, collective and planetary/galactic energies.

At this moment, the higher dimensional portal of Sirius (a star system radiating threefold energy, with Sirius A and Sirius B visible in 3-4D, and Sirius C invisible but deeply ‘present’ as a star of the galactic cetacean beings) is open intergalactically. The presence of higher dimensional Sirian Light and light-beings has been building steadily over the last couple of weeks to this peak radiance (star family are chiming in with ‘ray-dance’), and we’d like to show this beautiful energy, which is still deeply aligning and amplified through to the first eclipse of 2019, a partial Solar Eclipse on January 5-6th, through photos taken from mid-December through to New Year.

On December 15th, three friends were at my home, and following a Sirian soul activation, we were ‘called’ outside by a sudden extraordinary downpour mixed with hail (pretty rare in Perth summer!), then as that stopped we witnessed the sky wash with higher dimensional light-waves, firstly in peachy gold, then rose, magenta-blue, and deeper purple colour vibrations, for about 10-15 minutes. There was a large Sirian ship present, a few smaller ones, and many whale forms in the clouds. The colours didn’t come out in the photos, but what did come through was high activity in the clouds lowest down between the trees ~ as you can see in the crops below (turned upside-down, or ‘right way up’, from their point of view!).

I’ve circled a few key ‘features’ in one of the photos; lower centre, what appears as a ramp or gangway with rails on either side, and an angelic/humanlike figure descending onto it, with another descending above, from a stationary disc-shaped lightship, with many faces around them…you can see (circled) a face to the left of the ramp, with a beautiful happy smile, and the face of a dog or wolf to the right (reflecting energies of the ‘Dog Star’). In the enlargements below, there’s a feline face visible just under the ship, watching over the beings ‘coming down to Earth’.

More feline and human-like faces can be seen watching over this arrival, from the clouds higher above. (This is symbolizing potential ‘open landings’ in the coming year or two; timing in the Earth time-frame will depend upon the level of vibrational convergence with higher consciousness/New Earth energies, in the human collective, and the pace of ‘planetary ascension acceleration’).

These beautiful energies continued to increase, and appeared most wonderfully on the night of the Solstice, December 21st, during a ‘heart-to-heart’ with Sirius in the night-sky. Sirius expanded into an unusual shape full of purple light (7D Sirian vibrations) with Procyon visible in the bottom right corner of the photo, in ‘normal’ focus, then the light projecting from Sirius went into many colours, with visible figures and faces projecting straight from the Soul Light of the Sirian star system.

In the circled area, there’s a very tall being standing on, or hovering just above, a golden light-disc, and you can see a small orb directly above their head. There are also many loving leonine and feline faces shining through this projection of soul energies. Thanks, beautiful beings!

On Christmas night, December 25th, the energies crystallized through a flash from a Sirian lightship, which you can see one side and tip of in the photo below (like a rectangular ‘platform’ with a transparent canopy over the top).

Again, on December 28th, during a Sirian activation (of a node in the New Earth light-grid in a friend’s garden), this lovely presence shone through soft wispy clouds overhead.

As the trinary Sirian energy ushers in this 12 (3) year, it feels ‘timely’ to mention here that there are now 15 constellations aligned wholly or partially along the ecliptic (the basis for the zodiac of 12 signs in western astrology), as Ophiucus makes its return in the collective consciousness, and with the ecliptic plane now just touching through Cetus (the Whale) and Orion (called the Hunter, but we prefer ‘galactic butterfly’ in a phase of great transformations), as can be seen on this map.

Constellations of the Ecliptic, image credit: CGM Lee via NASA

While the last two are brief touches, this alignment of 15 constellations in the annual ‘golden solar circle’ shifts the threefold vibration from 4×3 to 5×3, and in the context of the Earth’s Shift (and humanity’s inner evolution), there’s a completion of a specific circle of consciousness occurring this year, during a galactically synchronized expansion of higher frequencies that touch all beings, and build subtle bridges at the vibrational RNA-DNA level. This bridging theme initiates early in 2019, with the partial Solar Eclipse of January 5-6th, whose shade will cover the North Pacific region (including northeast Russia, northwest Alaska, Japan, Korea, northeast China and Taiwan). Through this eclipse, specific node points within this area that contain ‘bridge-building crystalline light unity seeds’ will activate, and align the energetic course through 2019.

Each ‘New Year’ celebrated at different moments throughout the 3-4D timeframe vibrates an energy of new beginnings, fresh energies, inspiration and rebirth through the human consciousness field, but at subtler vibrational levels, they all have certain metaphysical alignments, and it is no coincidence that Sirius, the ‘Sun of our Sun’, reaches its zenith in the Earth’s sky right at this moment (whether or not this is consciously felt, the higher dimensional light of Sirius shines into the Earth’s energy field with particular focus at this time). So enjoy the ray-dance of the New Year Star, beautiful friends and love anchors on Earth! Let’s clear our minds, calm our energies, let our beings fill with joy, bathe in each of our most loving, heartfelt visions of what living in the ‘New Earth’ looks and feels like, and allow the Light to flow through us all with ease.

*For details of the January 5-6th Eclipse, read here.

*If you’re interested, detailed information about the ecliptic, celestial equator etc can be found here.

"Are some competing on a most words wins basis? Sorry. A little humor.... Hope you are not offended RL"

We understand the tunnels and DUMBS in America that lead to Canada are under siege now by the joint military. These tunnels and Deep Underground Military Bases were created by the psychopaths ruling the world to traffic children, contraband, arms,…
See More 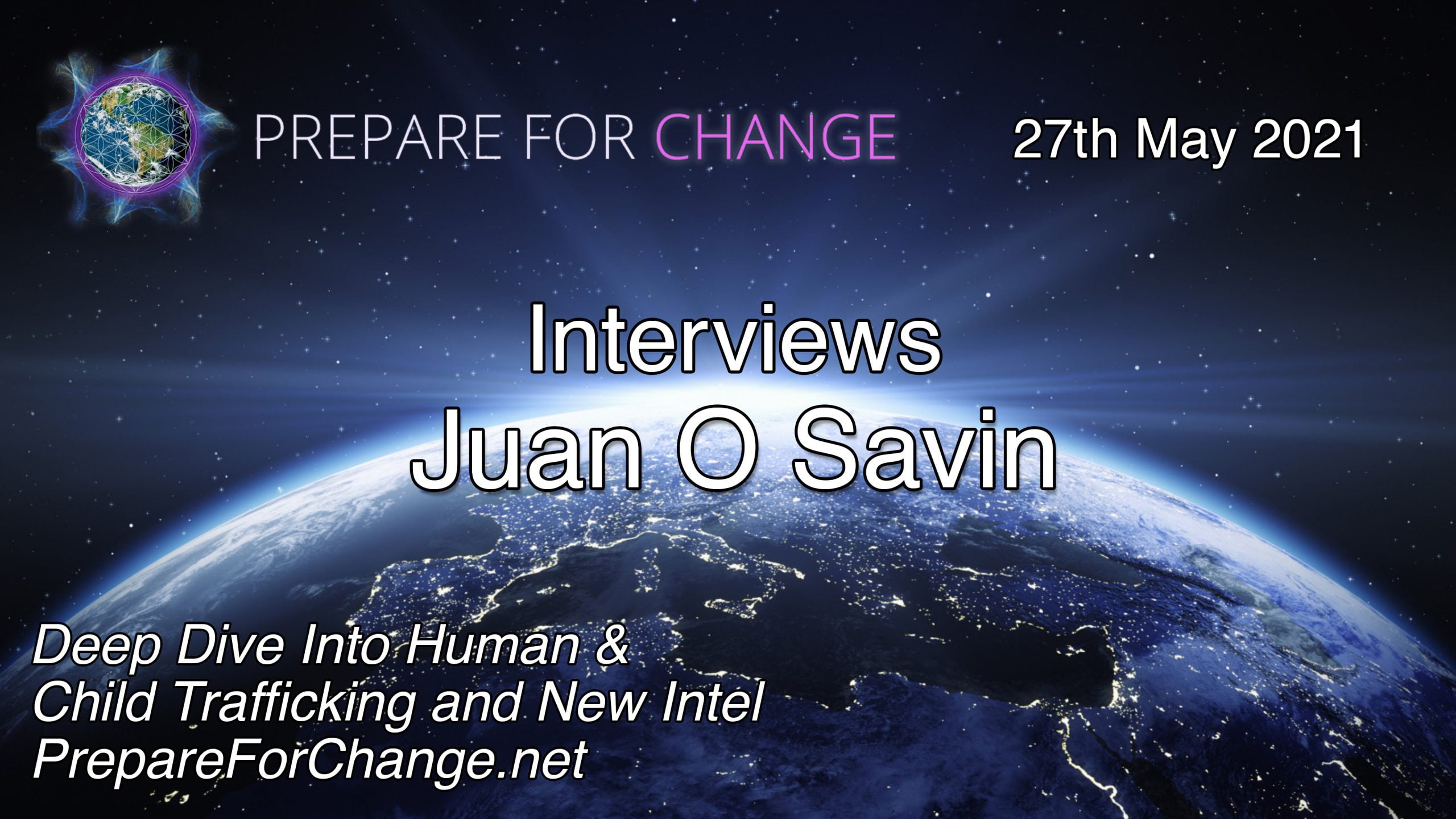 Tragic stories continue to come documenting the horrific loss of life and crippling effects of the COVID-19 shots, which many medical doctors and scientists are now calling "bioweapons." Most of these are simply statistics reported to VAERS, where…
See More

There is a moral standard, a set of rules, that each society uses to govern the lives of those living within it. Over time, the rules may change, to accommodate the advancement of the…
See More

The formal removal from power of Israeli Crime Minister Benjamin Netanyahu is a geopolitical game-changer.  Netanyahu’s departure means the messianic Zionist fanatics who want to kill 90% of humanity and rule the survivors from a greater Israel have…
See More

"How can a physicist fail to understand that observation necessarily involves interaction between objects?? Furthermore, it is even worse in microscopic objects as we cannot observe them directly. An electron has to hit a screen and then emit light…"
More…
Loading ...