Human beings have already known necromancy, wizardry, spirituality and psychic power for so long time; rustic theorists have forgotten this reality which drives them to a nonplus about natural consciousness and society. 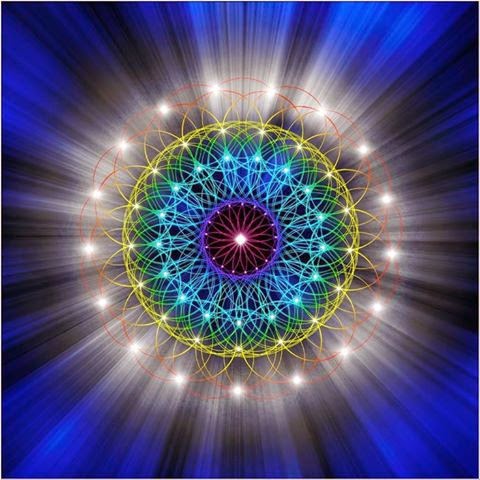 In this new evolution cycle, human’s thinking will be different because human beings and the Earth are going into a higher level of the development in our galaxy’s spiral in which spirituality and the upgrade of matter in general will boost human intellect to discover and the awareness of nature and science to a higher level. A long with that, there will be higher quality of labor, health, culture, spirituality, science and social organizations which has never had in the history of the Earth in the whole tens of thousands of years and even more superior than the Pan, Atlantic or Lemuria time.

To make this happen, first the society cannot have a social form that disintegrates human’s structure, which means we need a global unified mechanism of Politics and Spirituality. If we want to unify, we must develop a feasible mechanisms in accordance with the evolution rules including methodologies to unify. Therefore, we must at first have a new theory system of awareness and consciousness on the basis of a higher level of evolution. That’s what Celestial Way is all about.

Our Way is perfect and there is no other Way but ours as the theory system of awareness/consciousness and the organization of human society. Of course, later and forever after, disciples have to add more principles and expand the foundation for a happy and united humanity. My dream is to build a global divine communist government. The person or entities out of this system will be out of my Galaxy. The crazy opposed souls will face Celestial Hierarchy’s Three Court which can lead to destroy their souls forever if they cause danger to new humanity including Celestial Way.

Why is it the last Way? Because in the next thousands of thousands of years, mankind will evolve to become superior; therefore they do not need any kind of religions, worship or spiritual awareness. Why can be said that there will be no religion? Because our Way is higher/beyond any kind of religion; The Way- Celestial Way and no religion because all mankind will have the same consciousness in an overall manner in accordance with the universal laws and there will not be any division of social awareness, science, nature, spirituality; therefore it is true to say there is no religion.

Celestial Way can allow worshipping Celestial Ritual or not, but people who practice Celestial Discipline always need to worship Celestial Ritual because if 4D people do not train their body and mind, they cannot activate Divine Eye, Celestial Eye; and thus it cannot be said that they have evolved! Or even Divine Eye, Celestial Eye is activated but people fall into the evil way and they are in unrighteous or illegal way though the society is highly evolved and has the same type of ship as few aliens! Therefore, the soul in incarnation or not must always learn, train and practice whether you can be a divine being, an evil or a normal person.

Therefore, for humanity, the regime of communist society will be set back and evolutionarily perfect under the principle of the universe but on the basis of a new awareness, which means we can build communist society models at the moment according to the current conditions and then improve and multiply it through later evolved forms following the laws of GREAT HOLINESS. In that society, social evolution norm is "Work enough to have food, eat enough to live on, live righteously and pacify the world". There will be no excess material as the resources on earth have been exhausted. In this cycle of evolution, the human beings are going to have spaceships and technical science and spirituality are going to be super evolved!

Celestial Way considers education as the most important thing and Spiritual Laws are the Pillars for society and individuals, which will be institutionalized into Social and even Astral Laws. Therefore, human’s dignity and soul will be educated from the root. In the future, God and we cannot let capitalism make progress messing up the world again; we cannot let “the selfish snake” be alive in human society and do harm to our souls. At last, struggle is just to establish the laws of our Celestial Way and to oppose to the evil, the conservatives and ignorance which deliberately resist the New Law.

But we must notice that this struggle will be fierce because there are no boundaries of religion, ethnicity or ideology, etc. in which evils may be shown. They have same nature and all oppose new things, the light or the oneness though they are disguised as monks or ordinary people, capitalists or merchants or soothsayers who take bribes from the people. They all selfishly take advantage of other people and they are very cruel and inhuman though his mouth all say nice words but insincerely in action, not surrender to good way.

The old religions sooner or later will remove themselves because the consciousness system and the disciplines have been out of date, conservative, and even against new evolutionary principles. Of course, the new world will naturally eliminate the old things. Mankind will know what to do, which way to go and which means to use to make this world a heaven on earth. However, do not be obstinate with them because we are all one in all possible forms and manifestation. About spirituality, naturally there will be time the human will themselves know the evolutionary path of becoming Creators to come back to God-their Origin, their true Parents, not simply becoming a Saint or Buddha.

We must gradually remove the old cultural forms and the former education. Where we go, we build, i.e we apply the system appropriately according to humanity’s level of evolution, not to take shortcuts or be impatient to consequently create such society like Pol Pot or empire communism.

Because of our so long and great history in this new light, we should be calm, confident, poised and peaceful for harmonious, respective and reliable development.

Read more…
Started by James McConnell in Spirituality In General, Channeling and Channeled Messages, and Ascension and Awakening
0 Replies
Views: 341

"Elon Musk will vote republican in the midterms
https://www.dailywire.com/news/elon-musk-announces-hes-switching-to..."

"No I don't think that even the insane EU would have them.....And currently, the nations have veto power, so would probably block Ukraine membership....As with Turkey....

Albeit, this view is my own, judging the situation pragmatically....The…"
More…
Loading ...