BILLIONAIRE COMMUNISTS!!! Where's the outrage from the loony left? 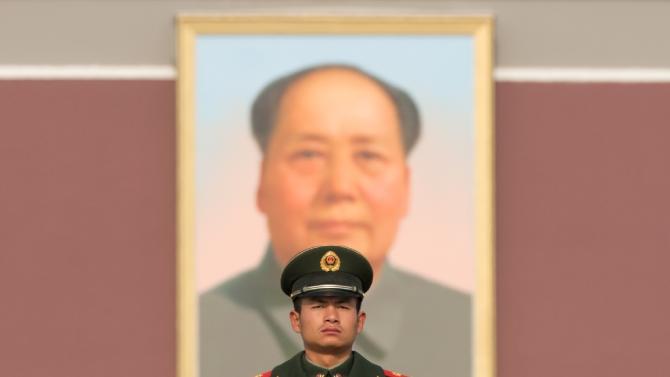 China's Communist Party has banned its members from "extravagant eating and drinking", engaging in "improper sexual relationships with others" and playing golf, state media reported Thursday.

The ruling party's Political Bureau adopted new rules on clean governance and discipline earlier this month, the official Xinhua news agency said, describing the measures as "a moral ethical code that members must abide by".

Party members were already barred from "keeping paramours and conducting adultery" but the new rule on sexual activity was stricter, Xinhua said.

Playing golf and excessive eating and drinking were explicitly listed as violations of discipline for the first time, it added.

The regulations -- which apply to everyone in the 88-million-strong Communist Party -- also forbid forming cliques within the party and nepotism.

Since ascending to the party leadership in 2012, President Xi Jinping has launched an austerity drive and a sweeping crackdown on corruption, with thousands of officials falling from power.

But critics of the campaign liken it to a political purge targeting Xi's opponents.

Spending on luxury goods and in high-end restaurants has plummeted amid the crackdown, with government officials intimidated by high-profile corruption prosecutions.

The document did not detail punishments for violating the new rules, but the party maintains its own feared internal disciplinary system, which operates without judicial oversight.

The Communist Party has long had an ambivalent relationship with golf, which is a lucrative opportunity for local authorities and a favoured pastime of some officials, but is also closely associated with wealth and Western elites.

Central authorities ordered a nationwide moratorium on new golf courses in 2004, but development continued as revenue-minded local officials went their own way, even offering tax breaks for operators of new courses in places such as Hainan province.

The number of courses in China has grown from fewer than 200 at the time of the ban to more than 600 this year, according to Xinhua.

9AM (US/Las Vegas/Pacific Time  $60 100 mins CELESTIAL LIGHT PROGRAMMINGEffortlessly deprogram & re-program all your internal matrixes in 60 Minutes! This special ‘Celestial Programming’ session will help to clean-up and ‘free up’ your internal…
See More

"Dear Space Brothers, I have tried to find out if it is possible to carry out a light cleansing on the body at home, plus replace the sunlight so that the body produces vitamin D. It's so that you can form vitamin D in the human body with sunlight,…"