Thousands of Aussies Are Heartened by Photos of Charred Landscapes Already Recovering From Bushfires ...Signs Of Recovery

Thousands of Australians are being heartened by these striking photos of greenery and plant life growing out of an area that was left charred and blackened by the bushfires last month.

The pictures were taken by Australian photographer Murray Lowe in the Kulnura area of the Central Coast in New South Wales.

“Ventured out into the fire grounds today to capture some images of how the Aussie bush responds to fire, and the way it regenerates itself and comes back to life,” Lowe wrote in a Facebook post. “Even without any rain, life bursts through the burnt bark from the heart of the trees and the life cycle begins again.

“It’s so heartening to see the bush coming back to life again,” he added.

RELATED: Here Are a Dozen Different Ways the World Has Rallied Behind Austra...

One Facebook user thanked Lowe for the photos, saying: “I think everyone is so happy to see your beautiful photos showing something positive after weeks of heartache—it gives us hope.”

Another commenter wrote: “Thank you for sharing these Mr Lowe! It’s so nice after all the tragedy to see the new growth in our bush.”

Since Lowe posted the photos to social media earlier this week, they have been shared more than 39,000 times.

Lowe is now selling prints of the photos so he can donate all of the proceeds to wildfire relief.

“I did not, in my wildest dreams, anticipate the overwhelming response to my photos that I’ve seen,” he wrote in an update. “It’s both humbling, and heart-warming.”

Lowe is not the only one shining a light on the landscape’s recovery; Koala Hospital Port Macquarie posted their own pictures of the steadily returning greenery in Port Macquarie, New South Wales.

Other social media users have posted additional photo updates on the region’s recovery while international groups and activists rally behind the Australian provinces still battling the bushfires.

Regrowth is already showing in the Blue Mountains after the #bushfires. 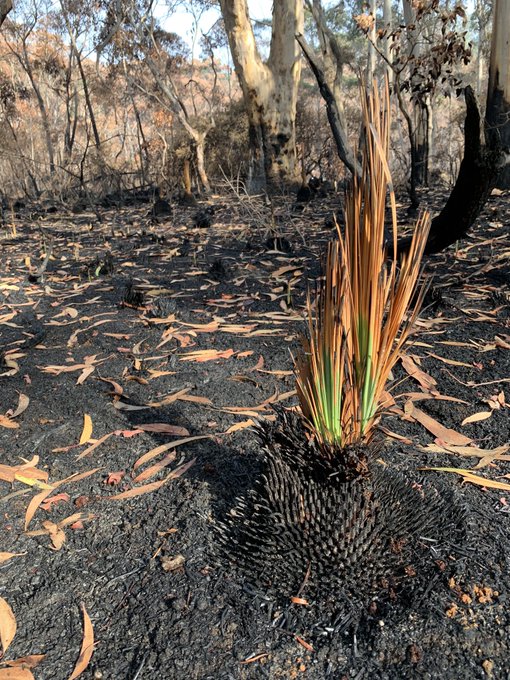 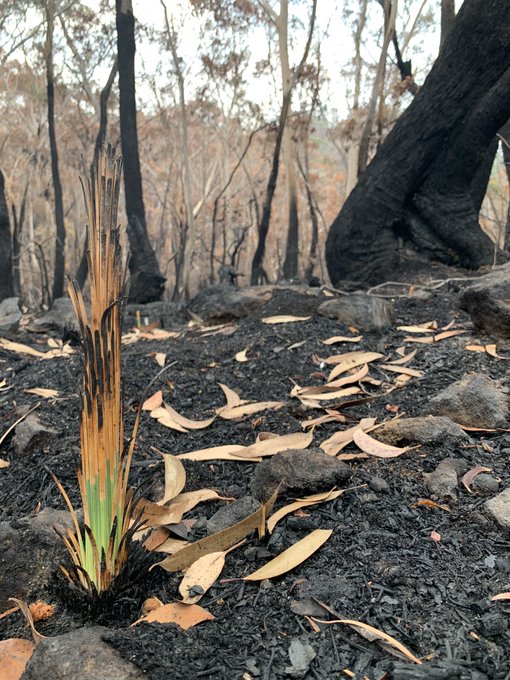 The lesson to learn here is Australia, Amazon and high risk areas must be prepared to deal with all sorts of fires. . rescue teams ready...rescue teams equipped with life saving equipment  ...plus good food and clean water.

Recovery will be a slow process but it will go green again ...countless animals died and more could have been saved

Drekx Omega replied to the discussion 'The 'Secret Book of Alien Races' translated from Russian'
"Cheers Alan.....;-] Also, it was RMS Lusitania that was sunk in 1915...German torpedo"
56 minutes ago

Alan replied to the discussion 'The 'Secret Book of Alien Races' translated from Russian'
"Yes, Valana Gracie & Allen were one of my favorites, too.  They were a great team on…"
1 hour ago

Alan replied to the discussion 'MOMENTS TO REMEMBER' in the group Cmdr. Val Thor: LIVE
"Nothing, absolutely nothing was said that was wrong, its all good Valana, and as far as I'm…"
1 hour ago

Alan replied to the discussion 'MOMENTS TO REMEMBER' in the group Cmdr. Val Thor: LIVE
"As far as I'm concerned, Val is my next door neighbor & buddy.  Thank you Valana."
1 hour ago

Alan replied to the discussion 'MOMENTS TO REMEMBER' in the group Cmdr. Val Thor: LIVE
"No its Kim (Kimberly Denise)"
1 hour ago