Believed to have come from Planet Venus. Commander Val or Valiant Thor was a Venusian who was sent to Earth to stop humanity from wiping each other out by following a nuclear war since at that time Cold War was at its peak. Where on the one hand human beings fell from the grace of the Creator his kind decided to follow and work towards humanity instead. Val Thor; he looks human, but he has some key physiological differences. He is from Venus 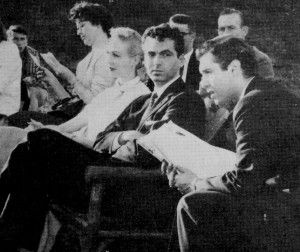 Valiant Thor and the Eisenhower AlAlie

On the evening of March 16, 1957, a spacecraft landed in rural northern Virginia, witnessed by an astonished policeman. The pilot of this craft, known as the Victor One, was Valiant Thor, a resident of Venus and representative of the High Council. After telepathically communicating the urgency of his mission to the startled policeman, an escort was arranged to deliver the alien to Washington DC for an urgent meeting with President Dwight Eisenhower.

Upon arrival at the Pentagon, Val, (Valiant Thor) expressed to Ike and Vice President Nixon, the dire concern of the galactic community regarding mankind’s recent development of atomic weapons. Further, Val offered to provide mankind with the technology to make hunger, sickness, and even aging obsolete, if only Earth would pledge to forego its nuclear weapons programs.