The secret’s out, and everyone’s waking up. Steadily but surely, people all around the world are becoming aware that there are higher realities beyond our conscious perception, which we can tap into with focused, dedicated inner work and practice.

People are becoming aware that our reality and every reality beyond is innately spiritual, and we’re learning that the aspects of our mainstream culture that seem designed to keep us from living any kind of positive or wholesome life have, in fact, been orchestrated to hold us back.

We’re becoming aware of the corruption of the people in power who’ve long stopped representing the people, and we’re taking a stand against them as we ready ourselves to create something better. And we’re being assisted with all of this by what some have called our ‘higher self’ and our spiritual guides, who, in my opinion, we can communicate with if we make an effort.

What was once a hidden and practically inaccessible reality is becoming common knowledge for those of us who are ready to make real and lasting changes (inner and outer), and the elite lose more power and influence by the day.

Now that we’re becoming aware of the existence of higher dimensions and the misaligned, self-serving actions of the people in power, we’re being led to ask ourselves what we want to do with it all. How do we want to move forward with the knowledge we have at our disposal? What do we want to do with our newfound understanding of life and the universe?

The first thing most people who awaken want to do is seek out others who’ve made similar discoveries.

Luckily, all we need to do is look around to see that the world’s teeming with conscious seekers who are eager to come together with like-minded people to discuss how we can use our knowledge to build a new world. As long as we aren’t shy, we’ll find plenty of others with similar revolutionary ideas as us.

Another thing most aware people want is revolution. Conscious, spiritually aligned revolutionaries have sprung up throughout the generations, and the most recent generation of hardcore revolutionaries came to us in the seventies with people like Bob Marley.

There are a lot of hardcore revolutionaries in this day and age too, but for the most part, the revolution we’re creating right now is spiritual. Instead of focusing solely on the elitist forces who need exposed and dethroned before we can create a new world, we’re giving them some of our focus while we place the rest of it on what we can do to change within.

As we fight the elite, we’re also taking a serious, discerning look at ourselves to determine what’s out of alignment with a spiritually rooted way of life that embraces selfless service over greed, pride or any other quality that holds us back, and we’re learning that changing within is the best way to fight corruption.

As long as we have hatred or corruption within, those qualities will continue to manifest in the world, usually in the form of an elitist force who oppresses its people. In order to truly bring corruption and elitism to an end, we’re learning to look within and find what it is about ourselves that keeps the old world in motion. 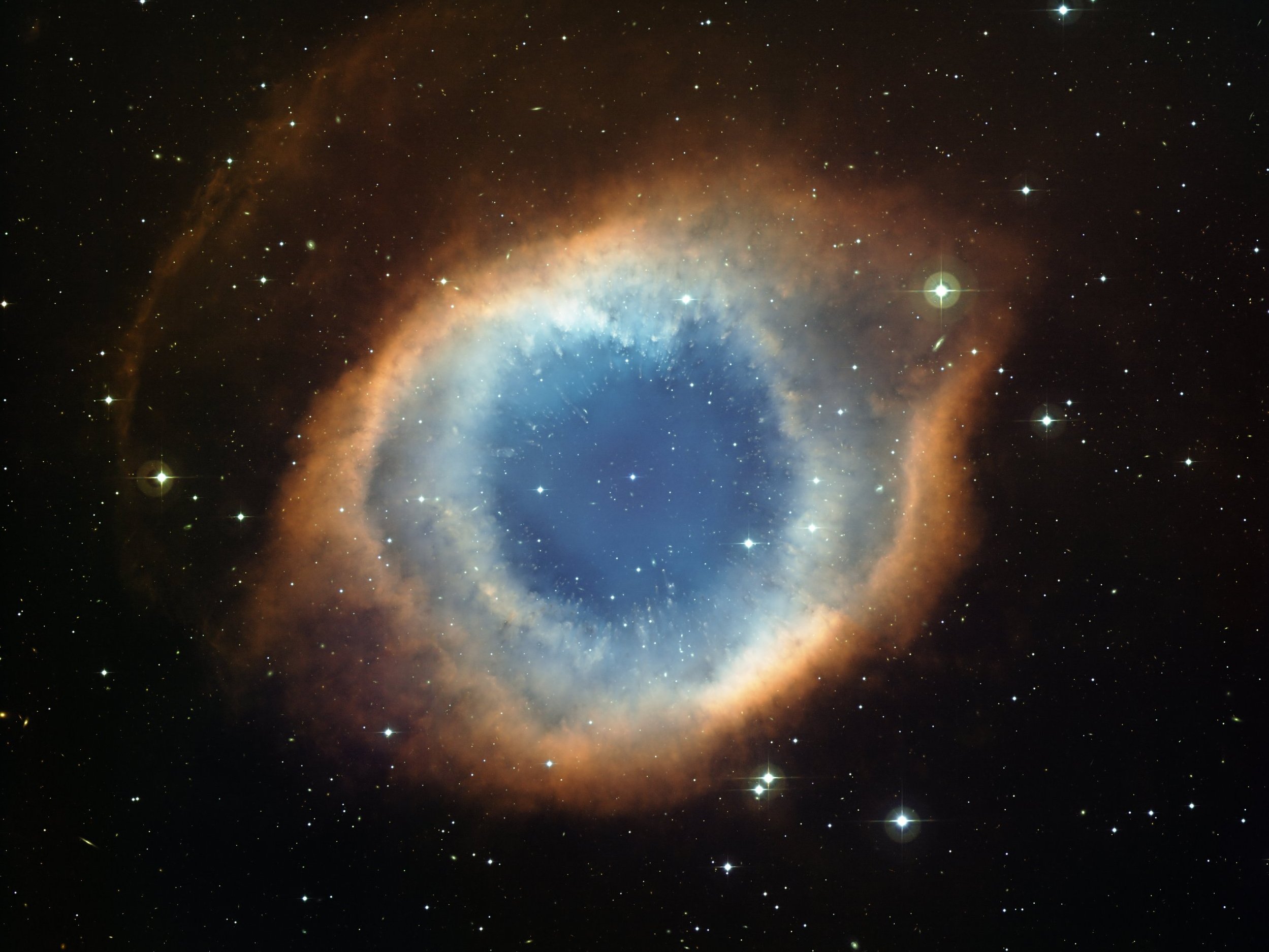 The greatest thing about our spiritual revolution is that we’re reshaping our perception of God. We’re transcending the outdated religious ideas of our creator that have been pushed onto us, and we’re learning that God isn’t an angry man in the sky, but the Source of all existence who constantly offers love, guidance and support.

Despite how distant we seem from Source, we’re learning that he/she is in everything.

We created this reality (and the realties beyond it) to have fun, and this is exactly what we’re doing as we seek to change the world.

We’re reclaiming our godliness (and the inherent spirituality that comes with it) and making sure the elite know that we’re aware and we’re ready for their unjust reign to come to an end. We have the stars and the heavens on our side, and when we have trouble, we know we can turn to our higher self or our guides for help.

The cat is out of the bag, and no matter how hard the elite tries, they’ll never put us back to sleep. We’re awake, aware and willing to do what’s required to change things from the inside and out, and the first item on our agenda is to help everyone wake up and contribute to an already strong revolution of consciousness.

Dreariness and unawareness are being replaced with upliftment and the willingness to finally change our broken world, and however unfixable things seem right now, they’ll be easier to fix when everyone’s aware and willing to do the work that’s required.

No matter what happens, we have our awareness and that’s all we really need. Now that we know the things we do, it’s time to get active with our awareness in hopes that we awaken as many others who are ready to awaken as we can. As we do, we empower even more individuals to step up and use their voice, which is exactly what we need right now.

We need everyone to be aware and willing to contribute, and after centuries of unawareness and unwillingness to change, this goal is finally in sight. Let’s not give up now, because we’re closer to utopia than ever.

At this crucial stage, we just have to keep reaching our arms out and accepting the gifts we’re receiving from within, which are allowing us to contribute with so much enthusiasm. The end result will be worldwide utopia if we stay strong and committed to our goals, but we have to create utopia within before it can manifest in the world.

I’m a twenty-one year old writer, musician and blogger, and I created The Culture of Awareness daily news site.

The Culture of Awareness features daily spiritual and alternative news, articles I’ve written, and more. Its purpose is to awaken and uplift by providing material about the fall of the planetary elite and a new paradigm of unity and spirituality.

the whole point of this world is conflict, to learn different lessons of relationships, working with others, etc. fullfilling desires to do things, be something or other, get the physical world out of our system and then to trtruly begin work on ascending, ascension becoming our hearts desire-we are all in our own  b-movie drama with those around us playing there parts and we ours-people are influenced by neg entities  and tricksters and make poor decisions that effect society-there are luciferian orgs that make deals with people for personal power that they will have to pay back but they abuse it and it ripples through society-multiplied by 10's of 1000's or more and they don't get the return karma until the after life, or after 300 years  and various lives are finished-the best we can do is draw Light and Light Beings into this world, Violet Flame etc. -the Matrix is  designed for conflict-you have to get into the Core Wes and get hold of the Main Frame and re-program it-if you do delete the program that allows luciferian orgs to operate

But for Some people, don't need to re ascension, they already ascension. People now days will seek things on  their own ways, most people have already ascension a very long, long time ago. I can sense them, unless they are lower dimension energies, that do need to have ascension, Evolution needs ascension to higher energies vibration wave. Higher Et beings, Such Christ,Ashtar and Crew,and my space family say to me,  "You already Ascension long time ago, you don't need to re ascension, ascension happen once. But for most people they do need the help to ascension the first time"  I already been there and experience the process, when I was a standard energies, long long time ago on another universe. It mean now, I watch you grow and learn, guide you to higher energies.

Every one star light at the brightest level now, ascension is very magical. Upgrade to higher vibrational energies. it is pretty nice and lovely celebration, energies involve peaceful.

Ascension is much different toward everyone level, a lot of you already ascension , you are old ancient soul and there are those, who need to experience it for the first time, to higher energies. The Higher spiritual being , will teach and watch them, guide , and help them have a safe ascension.

People have a variety of spiritual growth to choose and they can choose any path, they want. They can be any light being, they want. what ever make you happy inside, what your heart tell you. what your harmony state.

Oh Matrix is a lot of information. Matrix appear to me, when I am searching for  "Morning Star in a higher dimension, lots of number, words, symbols in many different line that in front my eyes, We can change how matrix , add program or remove program. than we had to be careful not disturb the timeline and caused problem in another dimension.   Matrix nothing but spiritual that can add or change, remove. very true. only u can clean up your conflict,

so charlatte you have reached ascension in another universe but are hear now for service to ascend again?

i have direct connection with space family, I don't need to re accession, sound confusing. You only need ascension one time, to higher energies, Ascension , don't mean leaving your body , higher vibration energies. I am universe energies, my energies activation. I already ascension many dimension, I did live on other planet in many dimension. I don't have interest to re ascension, when i already ascension. But for your folk it is, I am universe energies, it mean i am tone and already activation. Ascension, mean higher vibration wave and update energies, closer higher self. You folks seek it because you not at universe energies yet. I am not a star seed, i create universe. Yes , if you connect me spiritual, you see my energie at highest dimension.it is confuse , why some, dont need to re acension. It only take one time, and no need to re do it. Once you done it, than you are turn on and can adapt all level of energies naturally. You all become universe energies in 100 or 1000 or more years. i am elder, building block created your universe. yes i had to experience ascension before i create universe energies. i am very old spiritual, ancient soul. already came to earth as ascension beings, I live on earth among human and angel, i switch dimension each time line i live. let say i am over million years old in earth years. my soul already upgrade, no need to. unless i need higher vibration going in 30Dimension. I switch dimension natural. Fact, no need for universe energies to re ascension, only star seed need to ascension, at that level they can re create universe. they become highest energies in them.

I hope this help on universe energies, it is possible, you had to be willing to remove high energies and start over.

Yes, if you never experience 5d dimension, you had to experience all the dimension on earth layer. already experience all 12 dimension, i getting ready to activate dimension 13 by end of 2015, 2016 you should add 13D to your meditation and spiritual connection. balance your highest energies. I have a spiritual reunion soon, so much is going on. i am working high rate.