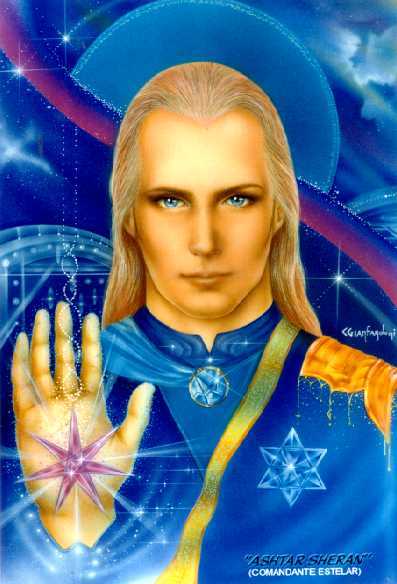 Greetings this is Lord Ashtar communicating to you from the New Jerusalem Flagship.
Today is the 11th Anniversary of the events of 9/11/01. All of you are in the forefront of our minds today.
Members of the Galactic Federation including Lord Sananda and St. Germain have been communicating with you this way all summer.

We come to you today to ask your help in a big way. As you may have heard St. Germain personally visited all of the mega rich on Earth and asked them to give all their money away to charity. When he saw them he explained that when the Changeover comes they will lose all their money and their next Mission will be decided based on their decision.

Many of the Bill and Melinda Gates of this World were invited to do so. Absolutely no one agreed- not one. This is good news, in a way, because it was the last hurdle to cross which gave us more license to intervene on many more levels. We are doing so and call on you to help.

We have contacted, through those working in the Ground Crew, Celebrities with Wealth to join the Disclosure Movement by bringing Media Attention inviting Earthʻs Citizens to ask their governments to share their confidential files and Self-disclose contact with Extraterrestrials for decades.

Hold a Vision for money to be gifted to the Disclosure Movement to encourage Media to make it an Issue.
Besides St. Germain I have held meetings with significant World Leaders, Peace Prize recipients and Military Leaders asking them to join together to restore integrity and faith to this World by telling the Truth.

My gift to you on this 11th Anniversary to thank you for all of your hard work is October Surprise. October Surprise is a noetic science experiment meant to link the hearts of many around the World in raising the Collective Consciousness to bring about Full Galactic Disclosure. How this will be accomplished is by Occupying The Media.

We would like to raise certain points to be implemented as a matter of urgency in the interest of the United States effective government and progress. As a major reform, independence should be introduced to the Media, so they are no longer under the control of a Gag Order on the issue of the Secret Space Program. This would enable freedom from political influence or physical threats for telling the Truth.

Since the beginning of the We The People White House Petition website there have been at least six petitions asking for an official Disclosure of our governmentʻs contact with Extraterrestrials. In an earlier response to the Disclosure Petition the White House Office of Science Technology Policy (OSTP) commented: “The U.S. government has no evidence that any life exists outside our planet or that an extraterrestrial presence has contacted or engaged any member of the human race.”

President Obama has said he is very interested in exploring Space, but it cannot be done the old way. In this manner a higher standard of integrity will be possible, unaffected by any political sway. Members of the Ground Crew can effect the Media by saturating the internet with requests for Full Galactic Disclosure. The Media have a Gag Order in place but you do not.

You are free to talk about Disclosure in your Forums, in your Blogs, on the Comments pages of Major Newspapers, on the Radio and with your neighbors and study groups. You also have Social Media networks which are extensive. If you focus together for One Cause and skip over the other things for a few focused weeks you could force the Media to comment on the ET phenomena and the Disclosure Movement.

They cannot directly write reports of Truth, but they can comment on what you are writing, youtubing and talking about. There is another White House Petition and you will make an impact by gathering 25,000 signatures this time. The White House website is a high traffic website and honestly, is there anything more important which has the ability to bring so many wonderful changes as an effect?

The Ground Crew can, when pulling together, bring this miracle now. We are helping from above in every capacity possible. There is nothing left in the Prime Directive to stop it. Full Galactic Disclosure can happen at any time now.

We are coming near an end to President Obamaʻs 44th Presidency. He is the Disclosure President. There are no guarantees he will be elected again. No one man can bring the changes alone. He needs your help. It seems there are a large number of profiteers blocking an official Disclosure Announcement.

A small few members of the United States CIA, NSA, DOD, NASA, Joint Chiefs and Supreme Court Judges and many Private Contractors refuse to reveal the deception to citizens of the United States. There is a lot of money to be made in Secret Space Exploration. NASAʻs budget is spent in the hundreds of millions to private contractors flying to the International Space Station.

The one and only thing keeping the Ground Crew from realizing Disclosure is pressure from The People. I invite you now to Occupy the Media. The October Surprise is President Obama making an official Announcement of Full Galactic Disclosure to the World. This surprise will be to all the politicians, monarchs and government officials who benefit from hiding their contact with Extraterrestrials that its Game Over.