That means all of the world's beliefs, including what is in the textbooks and the religious doctrines, and EVERYTHING ELSE that is in this world of beliefs. That might seem like enough ideas for most of those who believe that they are a mortal.

For those of us who believe that me are immortal - we would prefer to go to the place before the WORLD BEGAN. We would like to go back into the Mind of God to form the ideas that we want our Reality to be formed from.

Those who want to keep the world and manifest things that are already in the world in a little different creativity than the last idea are NOT thinking outside of the box. They are clearly INSIDE OF THE BOX. They are creating from the Mortal Mind in the 3D Upper Cerebellum, which has conveniently stored all of the world's beliefs inside of one sided DNA strands.

So, in order to create an idea there must always be two sides to the idea. There is the point of creation at Zero point and the point where the ideas are being viewed from. That point can be at any distance from Zero point. However, the idea must flow completely down from the highest frequency of zero point energy into the form of cosmic energy, universal energy and galactic energy before the idea can take form into a web-like blue body. Therefore, that idea within the blue body is the exact same perfectly formed idea that was created in Zero Point Mind of God, but it is now in ultra violet blue frequency.

Once that idea has been created by the Mind of God, formed into the blue body in the mid brain and projected onto the frontal lobe, our eyes may then become the eyes of God. We can open our eyes and see the new idea that God has formed. Now we are beginning to see the entire reality - the front and the back- the spiritual coming down and the physical coming up are joined into ONE NEW PICTURE.
This reality that we see around us now is only a half reality. We are only seeing the front side. In the new reality we will learn to see the front and the back sides at the same time. We will gain a 360 view of everything. This is a BRAND NEW REALITY.

Those MORTAL IDEAS that are created from Old Ideas that are already sitting in the Upper Cerebellum, are just over used, out dated ideas that we have been re-processing over and over again into different forms of old ideas. That Upper Cerebellum contains all of the BACKGROUND KNOWLEDGE of all of the OLD NEWS.

The Mortal Mind is like an archive of old historical ideas that are held by the government of the eternally mediocre creations. This is the exact same way our newspapers are written, our news channels are programmed. The information isn't allowed to be given to the public until the MORTAL MIND locks it into the three seals of control.

So, what happens when we begin creating with and through the MIND OF GOD? The Mortal Mind FIGHTS BACK. IT fights long and it fights hard. That Upper Cerebellum does not want to give up being the editor and chief of your daily newspaper. It wants you to keep turning on the T.V., reading the newspapers, going to church, reading those outdated textbooks that the schools give you.

The Mortal Mind will even begin creating horror stories in your mind that make you want to run as far away from God's Mind as you can get. This is what is happening to those of you who are having multiple fears arising in your consciousness that weren't there before. It is the last war of Armageddon. That war is taking place in the brain in the place where a new idea is trying to enter in, but the old world consciousness in the 3D Cerebellum is reprogramming old holograms over and over again. The brain must allow the frequency specific mid brain to take over and erase the old world agendas before the new fifth dimensional consciousness can flow through.

When we create your Individual Immortality CD's, Crystalai oscillates her consciousness into the Full Spectrum of Light at Zero Point. That Frequency of Consciousness is obtained by riding my crystal star merkaba vehicle, which is a hierophant or symbol of the beyond speed of light travel - the speed of Love travel - where all becomes One with Source. Using the Crystal Star Merkaba allows Crystalai to connect her Consciousness into the Christic 12th dimensional frequency, and bring that frequency into the Brain, into the Heart and Soul, and into the Tail Bone to open the three seals. This activation begins the process of beginning the Crystal Flow of all dimensional frequencies. Crystalai uses the Crystal Star Merkaba to ride down into the Cosmic Core of Mother Earth and absorb the frequencies of Cosmic Consciousness. Next, the Merkaba brings those frequencies together with the Christic Frequencies and the Merkaba spins into the Crystal Heart to ignite the Spark of Source deep within the most etheric point of each cell of the body.

This is the beginning of how our Frequency Music is created. It is all created from the Frequencies of the Breath of Source at the Zero Point Frequency. It is taken from the highest and used to transmute and transform the frequencies of each cell in the body to connect with the full spectrum of light and sound from deep within the zero point.

If you keep returning to your doctor for the diagnosis of repeating illness and disease, you will be receiving that old re-processed information that never goes outside of the box. The doctor is just reprocessing old information that is stuck in the upper cerebellum. There is only one way to move out of the third dimensional upper cerebellum that is locked in the third seal. It is time to move completely out of that part of the brain and move into the God Mind at the lower cerebellum which views reality through the mid brain and process it through the frontal lobe.

If you have a labeled form of a disease that is re-occurring over and over in different parts of the body it is because that is what the mortal mind does. Once the mortal mind sees that you have taken its recycled idea out of one form it just recreates it in another form. The mortal mind will just keep the war going within your cells.

The Immortality Albums sound like a combination of breathing and breaths. This is how we raise our frequencies. If you take these breaths that have already done the processing of raising the frequency of every cell and every chakra and every cell in your body, and then do your own breathing, you can easily transform your cells in your body to the etheric form that allow you to levitate or become invisible.

If you want to use the frequencies specifically for healing any part of the body, you should focus on feeling and absorbing those frequencies into the cells that seem to be tired or damaged. See each cell at its most etheric point. That is the spark of Source at the crystal heart of the atom. That is the Omni particle that Source Forms into the Idea of HIS IMMORTAL CREATIONS. We must begin to create from the mind of God from the Highest Frequency. That frequency is in the very heart of each cell in your body. The Individual Immortality Frequencies are those frequencies from inside that point within you. They are the frequencies that begin the transformation of your body from the white light, the Omni particle, the immortal DNA strand.


We provide continuous discussions, blogs and training through our blog sites. For those of you who would like to actually experience the FREQUENCIES OF TRANSFORMATION, you can bring your Earphones to our website and listen to Frequencies as often as you like.

Please help us help others get out of their Mortal Mind and Raise Frequencies into Zero Point where we can begin creating with the Mind of God. Happy Galactic New Year, folks!
The stars are looking bright and shiny.
Mars is getting ready and so are we.
Ready for take-off! 🚀"

"Prepare for next month...
We will be at the top of the roller coater about to go full speed ahead down...Hopefully not to fast...and not too low...I am looking only forward since the Light has already won, I am concentrating in sending Love, Light…"

"You may have a point, but what you are not getting it is that USA claims that it is a CAPITALIST, not a SOCIALIST. In capitalism, we don't make personal profits for 'things that will benefit the whole world' rather than private INDIVIDUALs. Are you…"

"This is not ONLY his adventure...Like I said before it will benefit The WORLD.. Allowing us the freedom to expand our horizon as a civilisation.. Using Earth technology, not the best but it is a start in the right direction and I respect his…"
More…
Loading ... 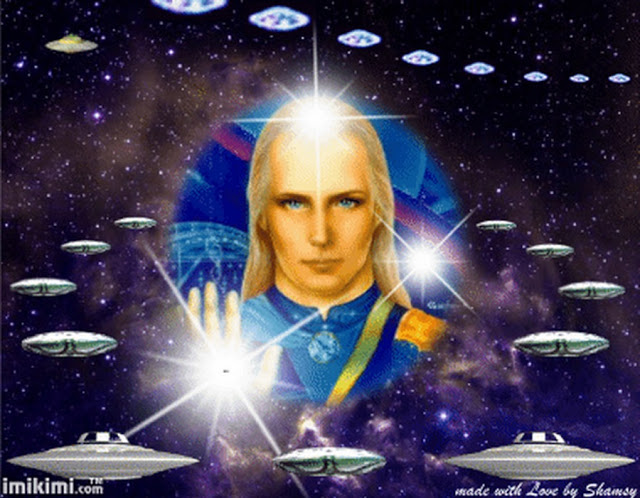