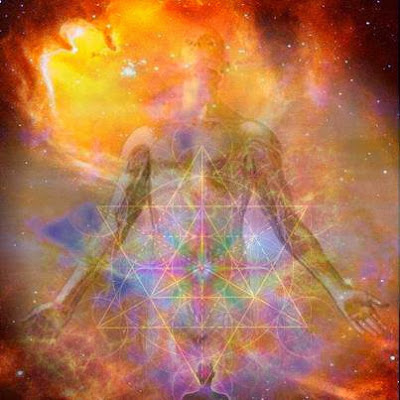 Astronauts who go on space missions wear special suits that create the necessary living conditions for them inside it. These suits ensure that the individuals receive the necessary temperature, oxygen to breathe and also appropriate air pressure for the proper functioning of the physical body. Similar suits are worn by those who venture into alien environments like ocean-depths or the mouth of active volcanoes. These environments are so extreme that the physical bodies would immediately disintegrate without these suits.
When we contemplate on this everyday fact, we realise that all of our bodies are very similar to these space suits, which enable us to exist and experience Life on this Earth. Our Spiritual sheath, Intellect, Mind and finally the Physical body are the space suits which have allowed us to travel all the way from our Source to this Planet. Without these bodies, we the Souls wouldn’t even be able to exist in these planes, much less experience Creation here.
Our journey into the New age can be likened to going into a new environment, which requires us to shed our old space suits and pick up sophisticated ones that fit the changed conditions on this Earth. The Lord have designed very advanced bodies for us to occupy in the New Light Age. This article looks in depth at the very specific features of the Light bodies and also explains the seven different types of Light bodies that’ll be available in the New Age.

The Material Cosmos is made up of the five elements – Earth, Water, Fire, Air and Ether. These elements combine in different proportions and form the basic physical particles like neutrons, protons and the electrons. The current physical body is also made up of the same five basic elements.
The new Light bodies are created using a finer and higher grade of these five elements. The combination and proportion of the elements will also be different, as compared to the proportion in the current bodies. In addition, the energies from the Divine Cosmoses and other Universes will be infused in these new bodies. All these changes are incorporated so that every cell in the Light body will be able to hold and radiate the Divine Light.
The present physical body has been used as the template to build a highly efficient and enhanced Light body. The overall structure and appearance of the new body will resemble our current physical body. There will be a skeletal structure as the basic frame, covered by muscle and tissue like now, but all the cells will be containing Light.  Many of the internal organs will continue to exist, so do the other processes like respiration and circulation. But the overall role and functioning of these systems have undergone a major overhauling.
Many changes have been made at the cellular level of the body. The frequency of vibration of the cells will be about 12 times the current frequency, which indicates a highly advanced spiritual condition of the Soul that occupies such a body. The density of the new cells will increase by four to six times the density at present. Each cell will be able to hold and glow with Light and other special energies from different sources.

Internal Systems of the Light Body

We will continue to have a digestive system but its function will not be to digest the food that’s eaten, as it is now. In future, the new varieties of plants will gather ‘Pranas’ from the Sun in the form of fruits, and when they are consumed, the digestive system will first absorb these Pranas.  This Prana is then converted into an appropriate energy that is required for the Light body to function.
The respiratory system will continue to function as it does now. The in-breath and out-breath helps in the regulation of Prana that’s received from the Second Sun. The blood that flows through our entire body will be replaced with a special liquid called ‘Luminous Enzyme’. This liquid will be able to distribute the Pranas and Light all over the Light body. The Luminous Enzyme is the same liquid that forms the circulatory system of Unicorns.
As explained in the earlier articles, our bodies will grow to a height of 25-40 feet, with a proportional increase in size and shape of all the organs and body parts. At present, we use around 15-20% of our brain’s capacity. In the New Light bodies, we’ll be able to use 100% of its potential. The brain will be rewired for more of intuitive grasping and telepathic communication, while retaining its capacities for logical reasoning and analysis. The present nervous system will be replaced with an advanced system, consisting of a new faculty called as ‘Tubicular Light’ in place of nerves.
The means of reproduction will be through higher methods instead of sexual intercourse. People can choose to procreate through contact with each other or just with their intention. The infant will develop inside the womb of the mother as it does now. This feature has been retained in order to keep the Light bodies as ‘human’ as possible. After birth, the infant will grow into an adult in a mere three years, during which time, the astral body will be able to completely integrate with the physical Light body.

The Sense organs of the Physical body are the doorways of experience for the Soul. An individual perceives the physical world around him through the senses and then creates meaning out of these perceptions. In the New Light bodies, the sense organs will be highly advanced so that they’re capable of grasping the new experiences of the Light Age.
1. Eyes: The eyes of the Light bodies can see not only the physical world but the astral worlds too. This capacity will be the source of our ‘psychic visions’ in the New Age. We will be able to view what’s happening in other parts of our Earth without any distortions.  With this faculty working in tandem with the Higher 3rd Eye, ‘Clairvoyance’ will be a natural phenomenon in all Light bodies.
2. Ears: Apart from the normal function of hearing, the ears will be enhanced with many new faculties, which enables the Light body to ‘listen’ to happenings around the world and even around the entire Galaxy!  A new gadget that revolves like a radar antennae will be placed inside the ear and this receives sound signals from any part of the Galaxy. This also contributes towards staying connected with others and manifesting Oneness.
3. Nose: The ability of the nose to sense smell will be enhanced in the Light body. Also the nose will have additional capacities which weren’t found in the earlier Light bodies. It will be able to detect the quantity of Light that an individual receives at any time. It also helps the individual in assessing the flow of different energies in his body. Most importantly, the new faculty in the nose alerts the individual to any dangers and also gives an indication of ‘death’.
4. Tongue: The taste perception of the tongue will be reduced since we do not consume much food in the New Light Age. Many changes will be made to this organ so that it can help the Light body in its work. New gadgets will be installed in the tongue which will assist the individual in detecting new chemicals, new energies and also sense ailments if any. The complete role and functioning of the tongue is yet to be revealed.
5. Skin: The sense of touch will be greatly enhanced in the New Light bodies as compared to the current physical bodies. The individual will be very sensitive to the surroundings and the changes that occur around him. He will be able to relate to Nature in a better way. The enhancements in the sense of touch will enable him to even detect and forecast the weather conditions.
This advanced faculty, commonly called as ‘Clairsentience’, enables the individual to feel the vibrations of others and become sensitive to their thoughts and emotions. New gadgets will be fixed on the fingertips which enhance the sense of touch. These gadgets help the individual connect to different vibrations of Nature, especially to the ‘Stillness’ in existence, so that he can easily enter the zones of Stillness at will. Apart from helping the individuals in manifesting oneness with others, these gadgets also emit unique rays which help in relating to higher beings.
The basic sensory functionality provided by the above five organs will receive a boost because of two new gadgets. The first gadget placed inside the ears co-ordinates the functioning of all the sensory organs. This gadget has been carefully designed by the Rishis and modified by the Supreme Intelligence Himself. It has the ability to receive more Light and Energies required for the proper functioning of the Light body.
A tentacle shaped second gadget will be placed in the ear lobes of the Light body. This will be responsible for the maintenance and proper functioning of various gadgets and faculties in the body. It secretes different juices to lubricate and maintain all these gadgets.

The Seven Types of Light Bodies 22 MILLION EARTH YEARS AGO, OUR DIRECT ANCESTORS, WERE THE FIRST CIVILISATION TO COLONIZE VEGA IN THE LYRAN CONSTELLATION!LYRA EXISTS IN THE 12TH-DIMENSION AND IS THE HIGHEST RESONATING AREA OF THIS UNIVERSE.WE EXISTED IN HARMONY AND PERFECTION IN…
See More

"Try healing yourself with your Spirit. I try this, ctoo. Sometimes it helps a little. It's only stress sometimes wich made me sick."

"Today I would be told that I should be vaccinated earlier than originally planned because I work with children. I work with toddlers, i can't keep the distance. I will be vaccinated in Germany in the next few weeks with the prescribed vaccine. I've…"

22 MILLION EARTH YEARS AGO, OUR DIRECT ANCESTORS, WERE THE FIRST CIVILISATION TO COLONIZE VEGA IN THE LYRAN CONSTELLATION!

LYRA EXISTS IN THE 12TH-DIMENSION AND IS THE HIGHEST RESONATING… 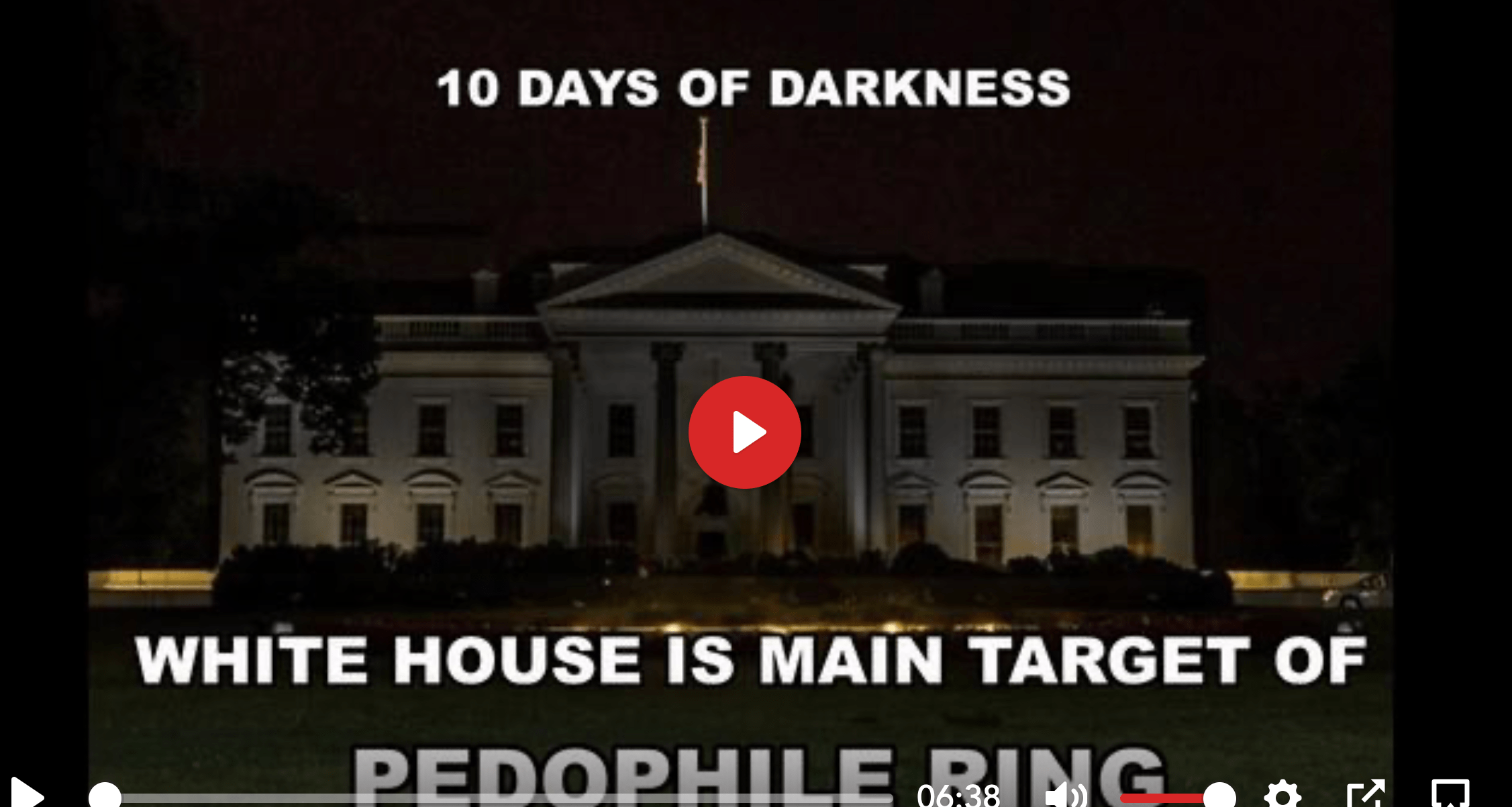