VETERANS TODAY  REPORTS THAT ISRAELI GENERAL YUSSI ELON SHAHAK, A  COMMANDER OF  ISIS, GETS CAPTURED BY IRAQI FORCES. HIS NAME AND SERIAL NUMBER ARE PROVIDED. 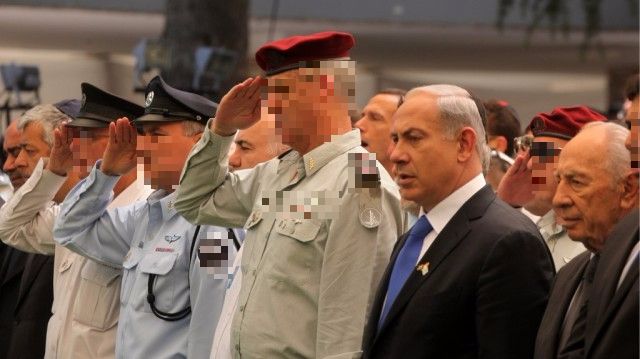 What Israeli general's number is 34356578765Az231434 ?
It is none of those above, it is Brig. Gen. Yussi Elon Shahak, and his ID  number is 34356578765Az231434
US-Russia showdown imminent but postponed  –  Zionists within the US Administration fiddle behind the scenes  –  Israeli officer captured by Iraqi popular army via DESI Intel
…by Nahed Al Husaini VT Damascus Bureau Chief

Another power plants that feeds the city of in Aleppo was struck by US fighter jets. Reliable source, who spoke with VT,  said “ hidden hands within the Administration have an “axe-to-grind to attack civilian installations in Syria, in light of continuous Russian airstrikes against ISIS and its subsidiaries.”

US planes attacked civilian infrastructure in Mare’a, Tal Sha’er, and al-Bab in Aleppo countryside on Sunday. The attack resulted  in cutting off power from most neighborhoods in Aleppo city.

This transgression comes only 8 days after two F-16 warplanes belonging to US lead coalition targeted two power plants in al-Radwaniyeh  area, east of Aleppo city, cutting off power from the area. The important question here is “who ordered the planes to fly and destroy Syrian infrastructures?”

The source is of the belief that US-Russian conformation is imminent but now postponed. The Russians are aware of the fact that,

“Zionist elements are working on tensing up US-Russian relations, via instructing their Partisans to severe any feasible cooperation between the two world powers on Syria and the Region.”

Batmen, operating in the darkness, are saving no efforts to spoil the smooth personal relationship established between US president Barack Obama and his Russian Counterpart Vladimir Putin. It is no secret that Obama is currently not in full control of the military. There are insiders who have an agenda of their own not compatible with the codes normally followed by the US army.

The Foreign Affairs High Representative at the USA Parliament and Secretary General of the “DESI” European Department for Security and Information Ambassador Dr. HAISSAM BOU-SAID confirmed that Iraqi popular Army captured an Israeli officer whose name is Yussi Elon Shahak, based on the Intel provided by the “US international Parliament and European Department for Security and Information.” The officer’s rank is Brigadier and his military No is  Re 34356578765Az231434. This reminds us of the Israeli Brigadier killed in the Syrian city of Quneitra, while meeting with the leaders of the terrorist groups.

Bou Said also revealed that there were mass executions of more than ninety-five ISIS leaders from  the “elite unit,” mostly Chechens, in addition to a small number of Iraqis,  in Al “SAYNIEH Region” adjacent to Mosel. They were indicted for communicating  with the enemy .

“A group of Chechen and foreigners that entered Russia from Ukraine coming from Mosel were caught by the local authority,” Bou Said stated. The Intel was confirmed by the Quartet Security committee comprised of Russia, Syria, Iran and Iraq. It is believed that others groups are still positioned in Ukraine to undertake terrorist activities against Moscow. The men in charge are electronic and bombing experts.

Read more…
Started by James McConnell in Spirituality In General, Channeling and Channeled Messages, and Ascension and Awakening
0 Replies
Views: 460

Read more…
Started by James McConnell in Spirituality In General, Channeling and Channeled Messages, and Ascension and Awakening
0 Replies
Views: 282

"Oh, guys. I got story for You. I was just eat a Burger at MC... D.. 🤫and 10 min. later i got Diarrhoea from it, really like Water. Some minutes later i sweat and feel really bad. Then all comes out 🤢🤮. So then i really got poisened from it.
My Body…"

"These original humans are no longer apes, of course....Currently, Vega is the central star within the Galactic Federation...They are so spiritually perfected, they can exist on all planes, including the physical dense aethers......