“It could never come from nature.”

“It could never come from nature.” 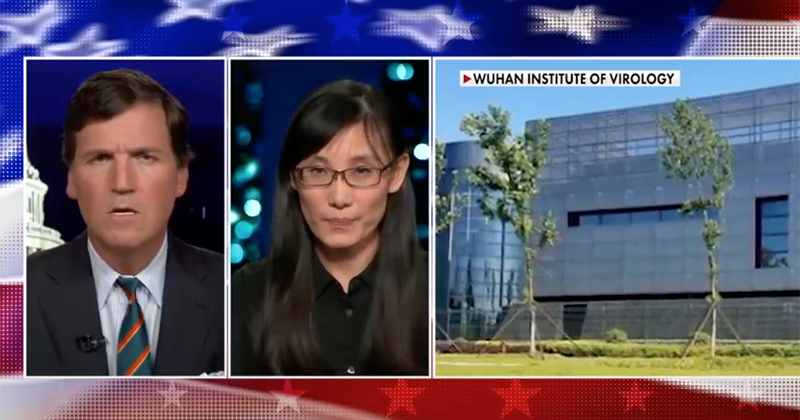 Hours after her unceremonious Twitter ban for, we assume, presenting evidence that SARS-CoV-2 was created in a Wuhan lab, Chinese virologist Dr. Li-Meng Yan appeared on “Tucker Carlson Tonight,” where she told the Fox News host that the virus is a “Frankenstein” which was designed to target humans which was intentionally released.

“It could never come from nature,” she Yan – an MD/PhD who worked with coronavirus at the University of Hong Kong

“There is evidence left in the genome” – which Yan detailed in a 26-page scientific paper co-written with three other Chinese scientists. “They don’t want people to know this truth. Also, that’s why I get suspended [from Twitter], I get suppression. I am the target that the Chinese Communist Party wants disappeared.”

When Carlson asked her why she believes the virus made it’s way out of the Wuhan lab, Dr. Yan said “I worked in the WHO reference lab, which is the top coronavirus lab in the world at the university of Hong Kong. And the things I got deeply into such investigation in secret from the early beginning of this outbreak – I had my intelligence through my network in China, involved in the hospitals, institutes and also government.”

“Together with my experience, I can tell you – this is created in a lab.”

Recorded: 09/09/97 September brings another timely entry into the archives of a channeling session…See More
1 hour ago
0 Comments 0 Likes

Movella commented on the blog post 'The violet flame- a gift to humanity from ascended Master Rakoczi (also known as Saint Germain)'
"Yes, it's a great technique to use in our own personal lives…"
3 hours ago

Pet Rock replied to the discussion 'In Australia This Is What You Get For Saying 'Freedom''
"absolutely!!!"
4 hours ago

rev.joshua skirvin commented on the blog post 'The violet flame- a gift to humanity from ascended Master Rakoczi (also known as Saint Germain)'
"I also use this violent flame everyday, sometimes several times a day. I learned it from st.…"
8 hours ago