Australia is Dropping Vegetables From Choppers to Feed Wildlife Starved by Fires...Lovely To See Photos

Helicopters are dropping thousands of pounds of food for animals starving to death amid Australia's fires. (TMU) — As Australia’s bushfire crisis continues to impact wildlife, aircraft have been deployed to feed thousands of starving wild animals who have been stranded by the blazes.

The government of the hard-hit state of New South Wales (NSW) has begun a campaign of airdrops across scorched regions, delivering thousands of pounds of root veggies —like carrots and sweet potatoes —from choppers flying above in a bid to sate the appetites of hungry colonies of brush-trailed rock wallabies, reports Daily Mail.

Dubbed “Operation Rock Wallaby,” the NSW National Parks and Wildlife Service’s campaign is meant to help save the threatened marsupials from the growing danger of mass starvation.

Over the past week, the agency has conducted the food drops for rock wallaby colonies in various regions across the state. Nearly 5,000 pounds (2,200 kg) of fresh vegetables have already been delivered to the hungry native creatures. 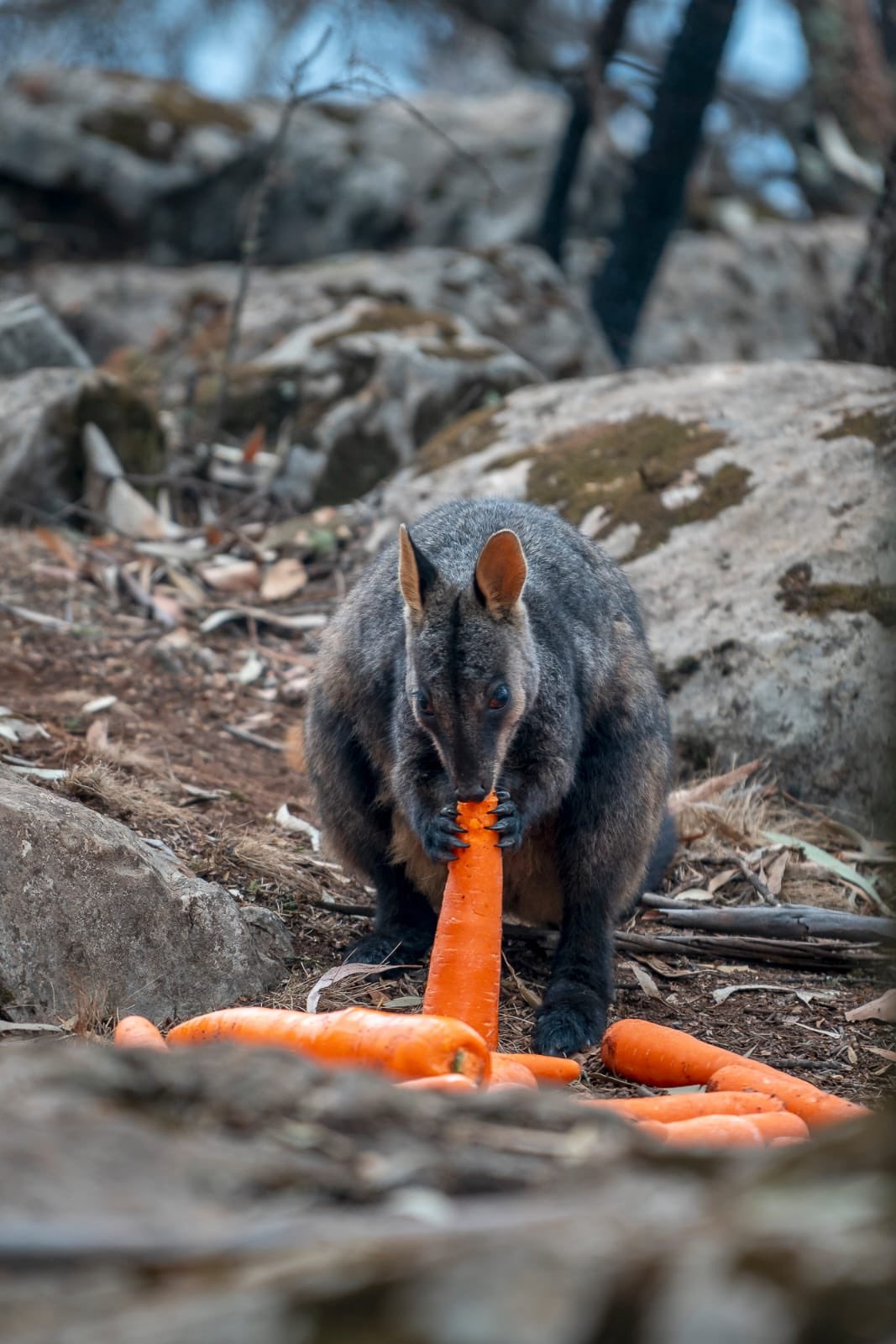 NSW Environment Minister Matt Kean said that although the wallabies have escaped the threat of the monstrous fires, their food sources remain scarce—or simply nonexistent. The official explained:

“The wallabies typically survive the fire itself, but are then left stranded with limited natural food as the fire takes out the vegetation around their rocky habitat.

The wallabies were already under stress from the ongoing drought, making survival challenging for the wallabies without assistance.”

Kean added that they plan to follow up on how the animals progress as they continue recovery efforts following the raging bushfires. He said:

“When we can, we are also setting up cameras to monitor the uptake of the food and the number and variety of animals there.”

Since the fire crisis broke out in September, at least 28 people have been killed and countless others forced to evacuate—often repeatedly—as the historic wave of bushfires ripped through 25.5 million acres (10.3 million hectares) of land, an area equal to the size of South Korea.

Was doing some feeding today myself. We have the most amazing wildlife in Australia. 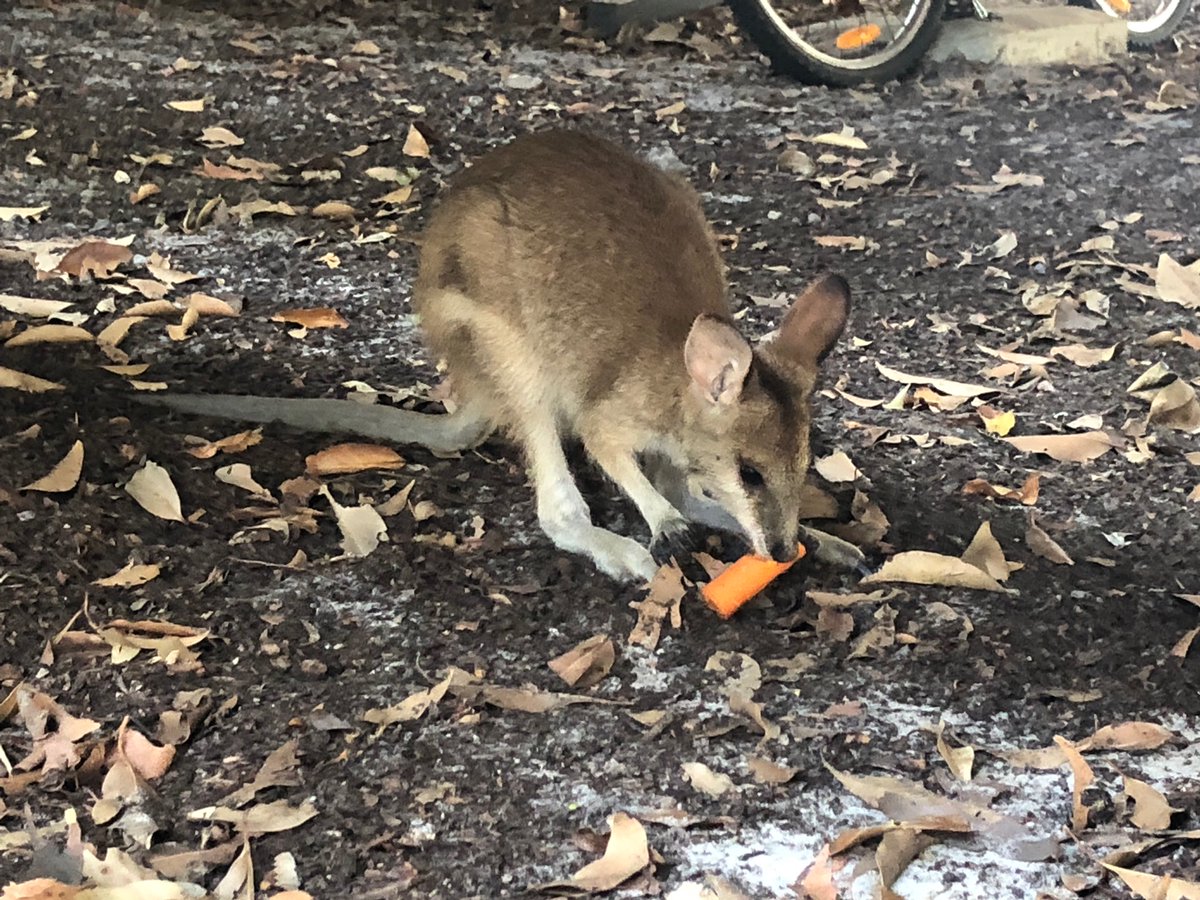 Ecologists at the University of Sydney estimate that over 1 billion animals have been killed in the bushfires. Because the fires have extended to wetlands, dry eucalyptus forests, and even rainforests, many animals have been unable to find refuge in neighboring regions.

Even prior to the fires, rock wallabies had been deemed an at-risk species due to the destruction of their habitats.

Experts have warned that the massive loss of life due to the fires threatens to cross a tipping-point for entire species of animals and plants on an island continent where 87 percent of wildlife is endemic to the country, meaning it can only be found on Australia. 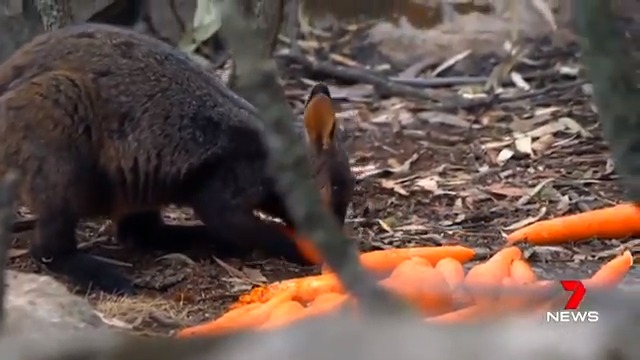 “This heart-breaking loss includes thousands of precious koalas on the mid-north coast of NSW, along with other iconic species such as kangaroos, wallabies, gliders, potoroos, cockatoos and honeyeaters.

Many forests will take decades to recover and some species may have tipped over the brink of extinction. Until the fires subside, the full extent of damage will remain unknown.” 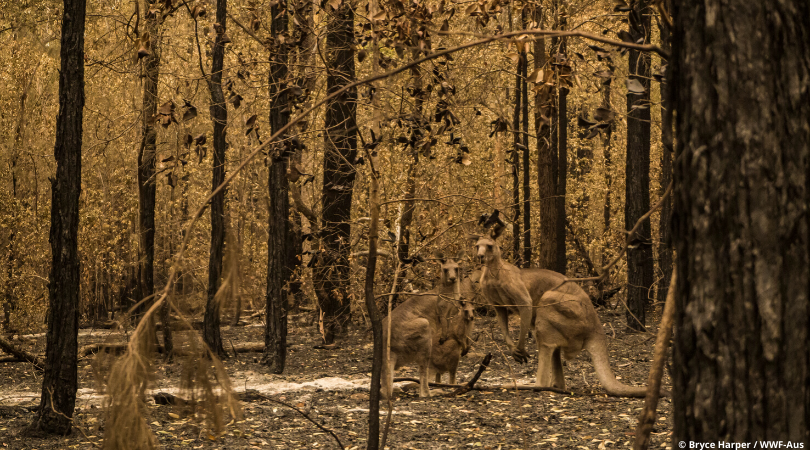 That is great news I am so glad they are doing their best to help these animals.

One video to watch :

I saw this video. This is very sad indeed. A billion animals and birds are gone.

mother and baby walking to a safer place perhaps. Koalas spend most of their lives in trees where they have access to eucalyptus leaves.

Drekx Omega replied to the discussion 'The 'Secret Book of Alien Races' translated from Russian'
"Cheers Alan.....;-] Also, it was RMS Lusitania that was sunk in 1915...German torpedo"
38 minutes ago

Alan replied to the discussion 'The 'Secret Book of Alien Races' translated from Russian'
"Yes, Valana Gracie & Allen were one of my favorites, too.  They were a great team on…"
1 hour ago

Alan replied to the discussion 'MOMENTS TO REMEMBER' in the group Cmdr. Val Thor: LIVE
"Nothing, absolutely nothing was said that was wrong, its all good Valana, and as far as I'm…"
1 hour ago

Alan replied to the discussion 'MOMENTS TO REMEMBER' in the group Cmdr. Val Thor: LIVE
"As far as I'm concerned, Val is my next door neighbor & buddy.  Thank you Valana."
1 hour ago

Alan replied to the discussion 'MOMENTS TO REMEMBER' in the group Cmdr. Val Thor: LIVE
"No its Kim (Kimberly Denise)"
1 hour ago